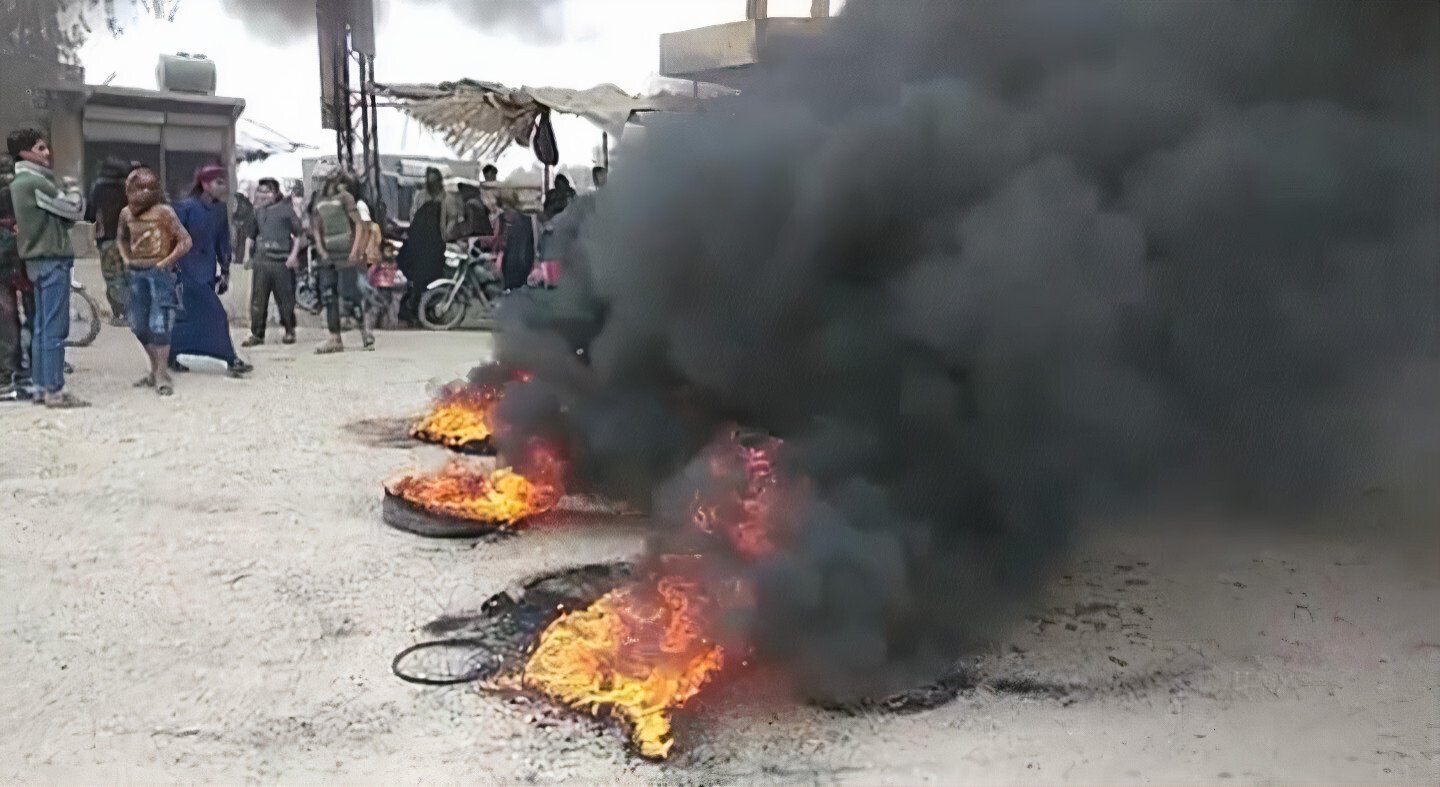 According to local sources, around 500 people gathered in the countryside of Deir el-Zour province to protest discrimination against the local population, as well as poor living conditions and rampant corruption in the region.

Protesters accused the terror group of depriving local people of basic services such as water and communication.

Earlier, around 1,000 people had gathered Saturday in the Deir el-Zour countryside in another demonstration against the terror group, which sells hundreds of trucks of oil every day to areas under the control of the Bashar Assad regime, leaving locals without fuel.

The people called on the terror group to end their occupation of the oil fields.

Deir el-Zour is a major trade link between Iran and Lebanon. Pipelines and trade routes from Iraq and Jordan also pass through the province.

Bordering the eastern bank of the Euphrates River, it is currently under the partial control of the YPG terrorist organization.

With the help of Russia- and Iran-backed militias, the central and western parts of Deir el-Zour fell to regime forces as Daesh terrorists retreated in November 2017, and was later taken by the YPG.

Local people living in areas held by the group have long suffered atrocities at the hands of the YPG. Numerous human rights organizations have documented the YPG's violations of human rights, including torture, recruiting of child soldiers and burning of civil buildings. The group also systematically and forcefully displaced Arabs from their homes in line with their ethnic policies in traditionally Arab towns.

The Syrian Network for Human Rights (SNHR) reported this week that the whereabouts of more than 3,000 Syrians who were abducted by the YPG are unknown.

"It is not specified why the detainees are held. There is no judicial process. The families are not informed. The situation is no different from the practices of the Assad regime," Ghany said.

According to figures released by the SNHR, there are 3,398 people who were arbitrarily detained by the YPG terror group and whose fate is unknown.

Although the U.S. recognizes the PKK as a terrorist organization, it has primarily partnered with the YPG in northeastern Syria in the fight against the Daesh terrorist group. Turkey strongly opposes the YPG's presence in northern Syria, which has been a major sticking point in strained Turkey-U.S. relations. The U.S. has provided military training and thousands of truckloads of weaponry to the YPG, despite its NATO ally's security concerns.

In its more than 40-year terror campaign against Turkey, the PKK – listed as a terrorist organization by Turkey, the U.S., and the European Union – has been responsible for the deaths of 40,000 people, including women, children and infants.