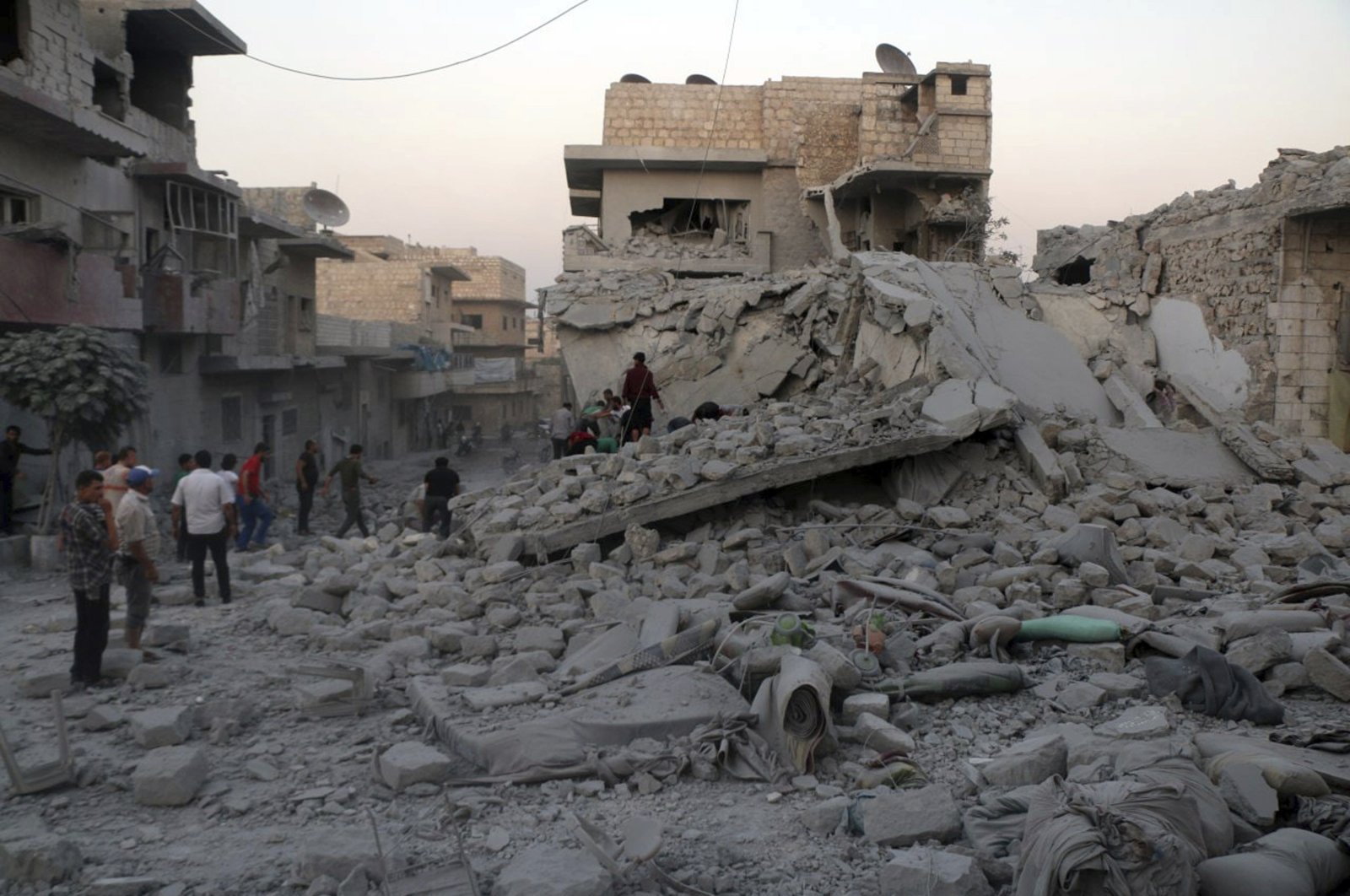 The Bashar al-Assad regime is planning “death, displacement or detention” for Idlib residents in northwestern Syria, an activist said Wednesday.

Mouaz Moustafa, who heads the Washington-based advocacy group, Syrian Emergency Task Force, said residents have been living in a "shrinking space." He described the situation as "shooting fish in a bucket that keeps getting smaller."

He made the comments to reporters after testifying before the Senate Foreign Relations Committee about conditions under the regime in Syria.

"The Russian air force, the Iranian backed militias and the Assad regime have one plan for almost 4 million people – 1 million of them are children: death, displacement or detention," he said.

Moustafa said those in Idlib are not just from the city but also from Aleppo, Damascus and Homs – places now under regime control where they saw their homes destroyed by the regime forces.

"It's not been just killing and displacing them. It has been a project, a demographic change in Syria," he added.

At least 500,000 Syrians have been killed since March 2011 when peaceful protests turned violent and demonstrators faced a brutal response from the regime.

"By conservative estimates, 215,000 individuals – men, women, children and the elderly – are being held right now as we stand here today in the worst dungeons possible, being tortured in the most sadistic way we cannot imagine," he added.

Moustafa cited an example of a Syrian female student who was killed while in the Assad regime's custody for allegedly distributing baby formula and medicine to internally displaced people in Damascus.

"She was arrested. She did not think her crime meant to be executed (sic)," he said, and another prisoner told him the civil engineering student was in the process of drawing up plans while in jail to rebuild her neighborhood and country.

"These are the real stories we must stand for," he added.

Idlib is currently home to nearly 4 million civilians, including hundreds of thousands displaced in recent years by regime forces throughout the war-torn country.

In recent months, upward of 1 million Syrians have moved near the Turkish border due to intense attacks by the Assad regime and its allies.