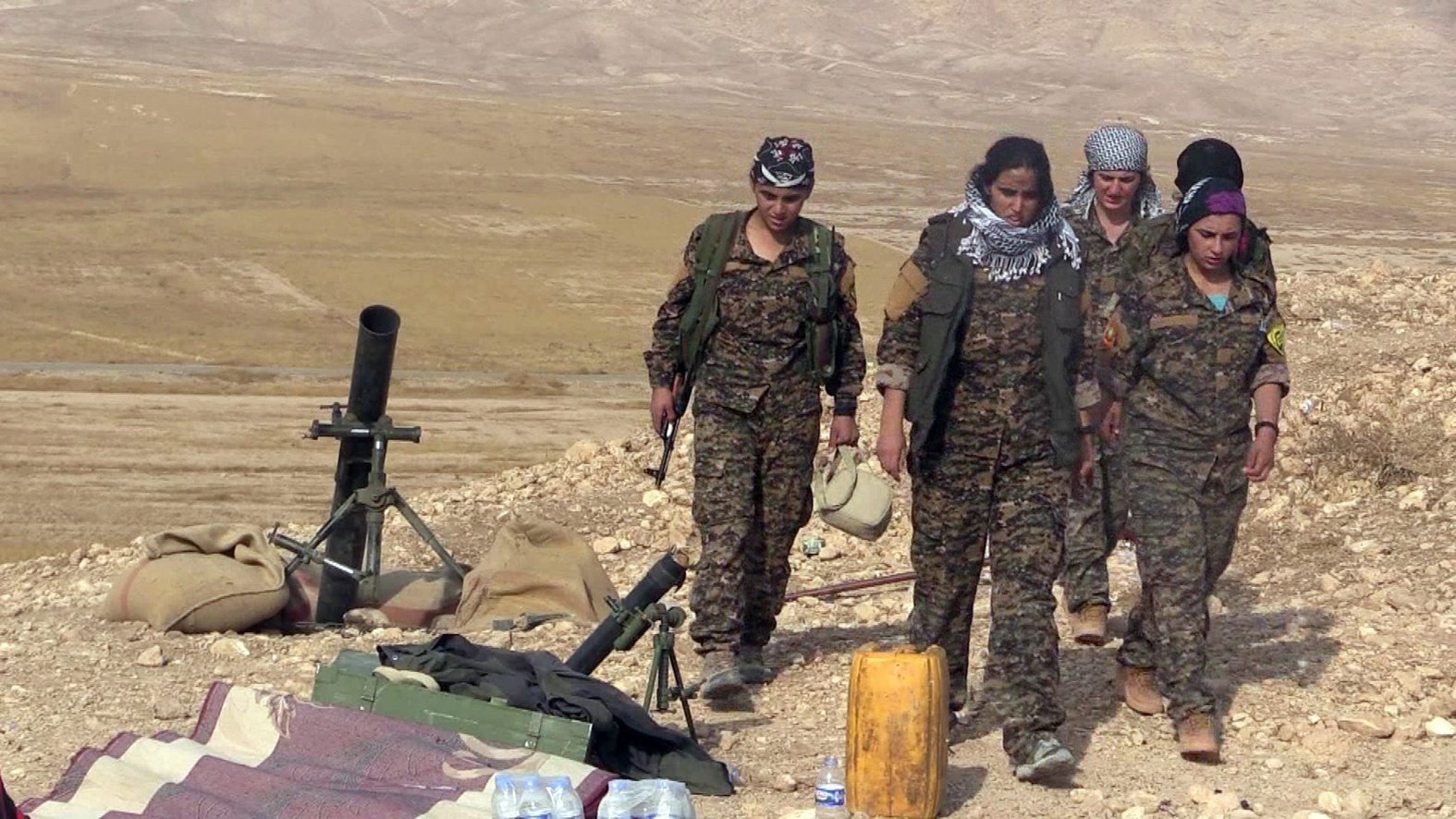 The Iraqi central government and Iraqi Kurdistan Regional Government (KRG) announced Tuesday that the Sinjar deal, inked between Baghdad and Irbil in October under the auspices of the United Nations, has been put into practice.

Ahmed told a news conference that the two sides will soon prepare a road map for the reconstruction and security of the district as well as the implementation of the articles within the deal.

We will not allow any non-Iraqi power to remain in Sinjar, Araji said, referring to the PKK terrorist group.

"Iraqi security forces will be the only force to remain in Sinjar and the region," he was quoted by the Anadolu Agency (AA).

On Oct. 9, the Iraqi Prime Ministry announced it reached a "historic deal" with the KRG, an agreement that will bolster the Iraqi federal authority in Sinjar under the constitution in terms of governance and security.

The Iraqi prime minister's spokesperson, Ahmed Mulla Talal, said on Twitter that the agreement will end the authority of intruding groups in Sinjar, referring to the PKK.

The next day, the Iraqi parliament said the settlement agreement between the Iraqi government and Iraq's KRG on the status of the Sinjar district will accelerate the return of displaced people.

"The agreement will directly contribute to accelerating the return of the displaced families to their homes and ensure their stability in their areas," said Bashir al-Haddad, the deputy speaker of the Iraqi parliament.

Al-Haddad stressed the importance of joint management between Baghdad and Irbil in dealing with the security of Sinjar along with the coordination of public services and the reconstruction of infrastructure.

Following the deal, the Turkish Foreign Ministry had said in a statement that it hoped the agreement would be carried out in a way that enables the reinstatement of Iraqi authorities' control in Sinjar, the eradication of Daesh and the PKK terrorist organization and their extensions in the region, and to ensure the safe return of Yazidis and the other people of the region, who have been subject to grave oppression and persecution, first at the hands of Daesh and then by the PKK.

"On this occasion, we once again reiterate our readiness to cooperate with the Iraqi authorities to ensure stability and counterterrorism in Sinjar as well as in other regions of Iraq where the terrorist organization exists," it had added.

The Turkish Armed Forces (TSK) regularly conducts cross-border operations in northern Iraq, a region where PKK terrorists have hideouts and bases where they carry out attacks on Turkey. Iraq's KRG previously called the PKK's presence in Sinjar unacceptable and urged the militants to leave the area.