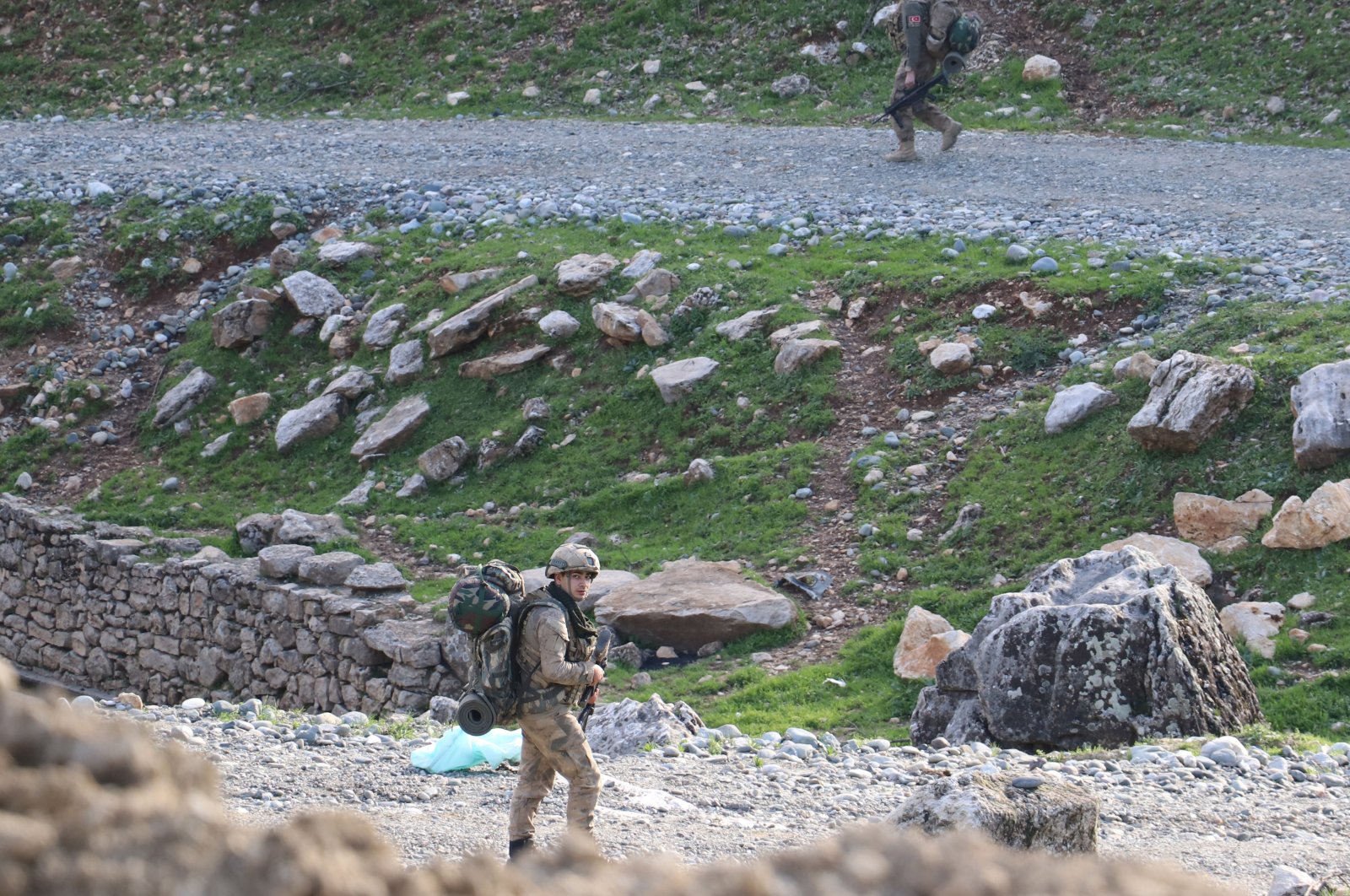 Turkish security forces regularly conduct counterterrorism operations in the eastern and southeastern provinces of Turkey where the PKK has attempted to establish a strong presence and bases. (DHA)
by DAILY SABAH Apr 12, 2020 2:30 pm
RECOMMENDED

A PKK terrorist who was captured during a counterterrorism operation in eastern Muş province tested positive for the coronavirus, the interior ministry said on Sunday.

The terrorist who was injured during a clash with Turkish security forces on Thursday was revealed to be the terrorist group's alleged leader in charge of the eastern Erzurum area, Mahmut Okay. According to the Interior Ministry, after Okay's test results, a person who was detained for providing aid and abetting him also had the test, but his results have not been released yet.

The terrorist opened fire on security forces and was injured in clashes, the ministry said, adding that another terrorist accompanying and assisting him was also captured in the operation.

Listed in the Interior Ministry’s orange category, the terrorist was sought with a TL 1 million ($149,889) bounty on his head.

The terrorist was killed in an air-backed, anti-terror operation near Çobansuyu village in Bitlis, Anadolu Agency (AA) reported, adding that security forces conducted a coronavirus test for the terrorists as a precaution.

A family was quarantined after security forces found out that they had been in contact with the terrorist.

The virus is thought to have spread among the terror group via its members coming from Iran.

The terrorist group has been forcing members showing symptoms of the coronavirus to become suicide bombers or leaving them to die, according to security forces.

The new coronavirus was detected in the terrorist group’s camps in Iran, Iraq, and Syria, sources told Milliyet daily, adding that the unhygienic sanitary conditions in their camps led to the quick spread of the virus.