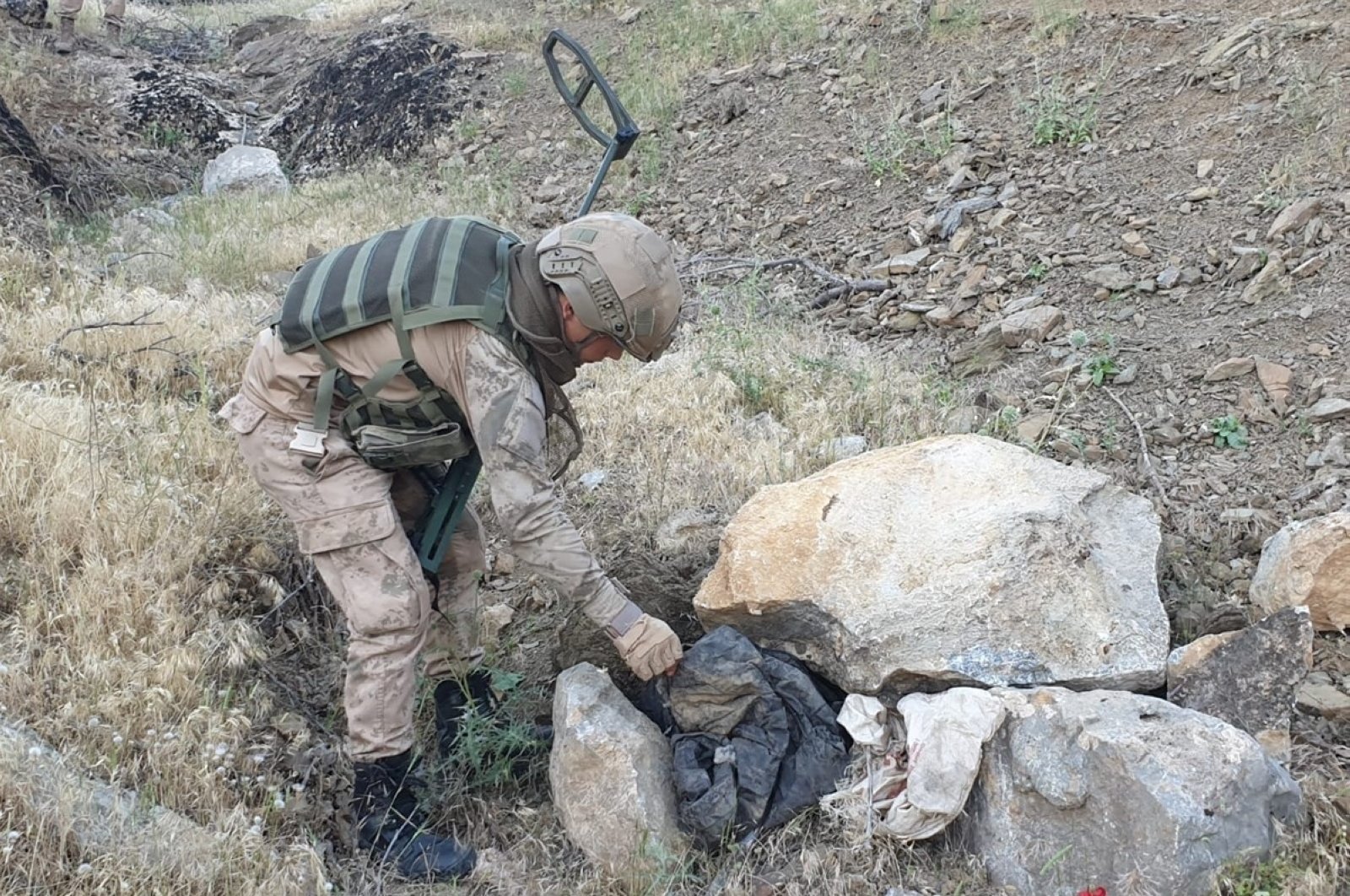 More than 20 PKK terrorists, including high-ranking members, have been killed in counterterrorism operations in Turkey's southeastern Hakkari province so far this year.

"Right now, we don't have any problem regarding terrorism in Hakkari city's center or in rural areas," Hakkari Gov. Idris Akbıyık said, underlining the success of the operations.

"Of course, there might be some cross-border attacks from time to time," he said, noting that despite the ongoing threat, conditions in the southeastern province continue to improve each year.

Akbıyık said 96 terrorists were killed in Hakkari last year and 61 terrorists surrendered in the province.

"This year, the number of killed terrorists has already surpassed 20. We hope that soon terrorism will no longer be an issue for the province," he said.

The PKK terrorist organization clashed with security forces in urban areas in 2015, but the strategy collapsed because of successful anti-terror operations and a lack of cooperation from the people in the region.

However, the cities sustained significant damage during the clashes. Since then, the government has invested billions to repair infrastructure and public services in the region. Intensive reconstruction efforts in the southeastern region include housing, health and education projects, restoration of historical buildings, mosques and churches, and recreation work under the leadership of the Environment and Urbanization Ministry.

Once notoriously associated with terrorism, the province of Hakkari has embraced these investments, as life in both the city of Hakkari and the province's rural areas returns to normal. For instance, the number of wild animals has drastically increased, especially in the mountains. Wildlife has started to descend into suburban areas thanks to the lack of violence and explosions that once plagued the area. There has been a particular increase in the number of mountain goats, bringing joy to Hakkari’s animal lovers. In May, the mayor of southeastern Hakkari's Şemdinli district, Yakup Güven, alongside locals toured a plateau cleared of terrorist elements. Recently liberated from the PKK, the plateau is located in the village of Tekkeli near the Iranian border. Güven and the locals walked 3 kilometers (1.86 miles) to the plateau from the center of the city of Hakkari. After reaching the plateau, the group enjoyed the fresh air and took pictures holding Turkish flags, marking the end of terrorism in the region.

According to the mayor, the Lightning-2 Cilo operation has been especially effective in combatting terrorism in the region.

"Many terrorists have been eliminated in the Lightning-2 Cilo operation. Many of these were high-ranking members who were at the level of regional heads of the PKK," he said.

Over the past few weeks, Turkey has launched a series of security operations to neutralize terrorists believed to be sheltering in the country's eastern and southeastern regions. The region borders Syria's Afrin, a former stronghold of the YPG/PKK, which took control of the city in July 2012 when the Bashar Assad regime left the city to the terrorist group. The Turkish military entered the town center of Afrin and liberated it from terrorists on March 18, 2018, during Operation Olive Branch. The YPG/PKK is the PKK's branch in Syria.

Security forces have adopted strategies such as "ending terrorism at its root" and "attack rather than defense" in its operations across the country.

To this end, Turkey has engaged in efforts to convince terrorist organization members to surrender, working together with their families.

A significant number of suspected terrorists have already deserted the PKK and surrendered. At least 100 terrorists have been persuaded to surrender by Turkish authorities since the beginning of this year and the efforts continue. However, many terrorists are still fearful of leaving the group because they face severe punishment if caught.