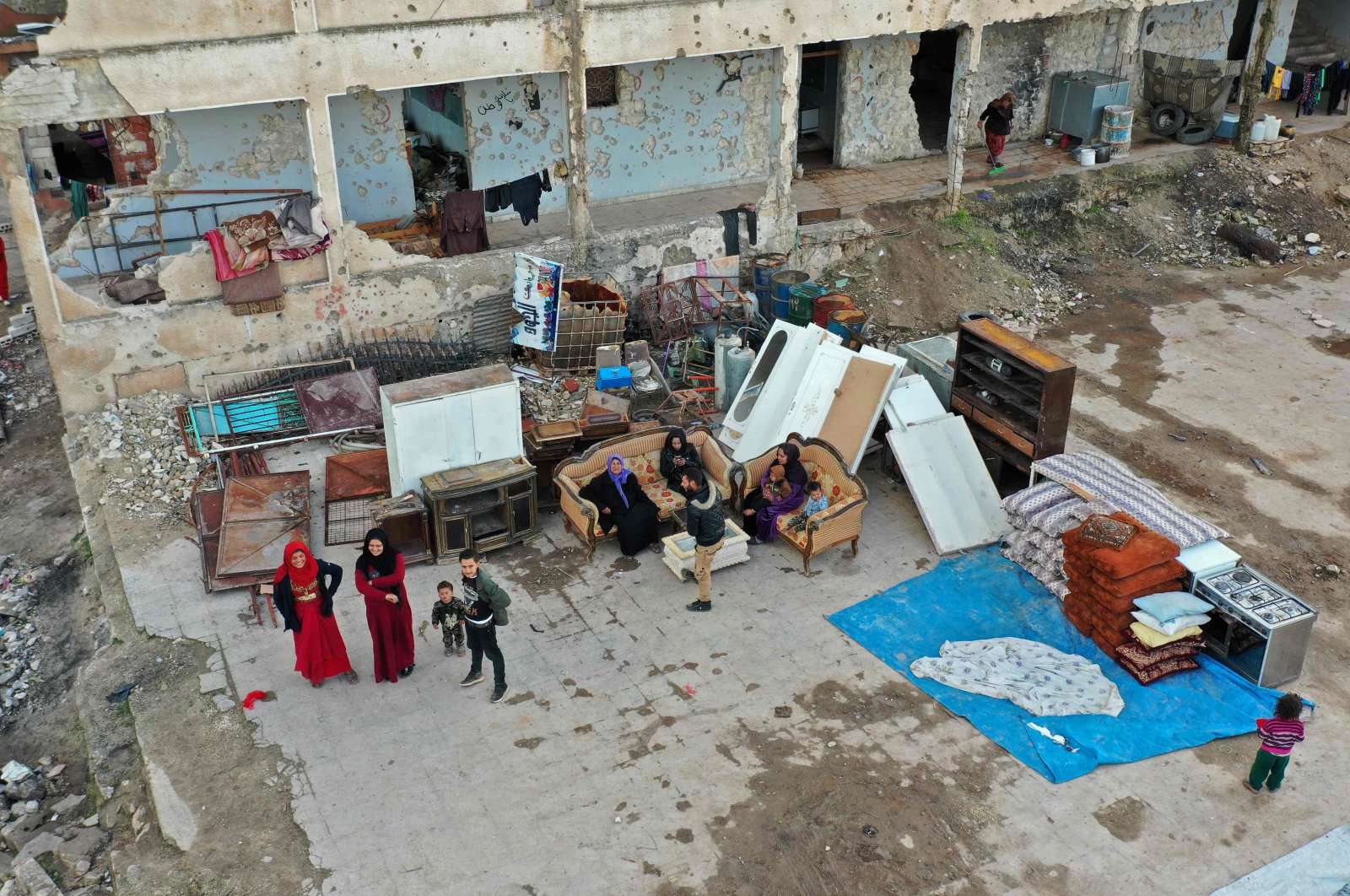 Civilians in Idlib are in urgent need of livable houses, security and a comprehensive health system, AFAD's president warned

The coronavirus pandemic is not the main issue on the agenda of civilians in northwestern Syria’s Idlib, said Mehmet Güllüoğlu, head of the country's disaster response agency, the Disaster and Emergency Management Presidency (AFAD), underlining their urgent need for livable houses, security and a comprehensive health system.

Stressing the very difficult conditions that millions of Syrians live under, Güllüoğlu said Turkey continues to do its best to improve the quality of life for refugees both in Turkey and northern Syria. He added that other international actors should share the burden with Turkey.

Güllüoğlu also mentioned that 62% of Syrians are living in tents at refugee camps or in unsafe buildings. He criticized the U.N. for its insufficient support for millions of Syrians who are deprived of basic humanitarian needs, with at least 800,000 of them without proper shelter.

Ankara has often criticized the international community for not providing sufficient humanitarian aid for Syrian refugees and not taking in more refugees. Turkish officials have also been calling on world powers to take action to prevent a humanitarian crisis in northwestern Syria’s Idlib province, where the Assad regime indiscriminately targets civilians, prompting the influx of migrants toward Turkey.

Turkey has informed European and other countries that it cannot handle another wave of migrants as it already hosts over 3.7 million of them. Turkish officials criticize the indifference to these calls and the dire humanitarian situation in northwestern Syria.

Güllüoğlu reminded that Turkey has provided security and stability in four different areas in northern Syria through four cross-border, anti-terror operations in recent years. He also said that Turkey has built basic infrastructure, including hospitals and schools, and provided basic humanitarian needs in these regions.

“However, these are not enough to find solutions to the problems in Syria. It cannot be expected that Turkey alone take care of 8 million refugees both in the country and abroad. At that point, a common system based on the sharing of burden must be established. The real reasons for the situation in Syria should be focused on. We should also create pressure on politicians in the international area. As a first step, halting attacks would be the cheaper and efficient option,” he explained.

Besides Operation Peace Spring, Turkey carried out two cross-border operations west of the Euphrates river – Operation Euphrates Shield in August 2016 and Operation Olive Branch in January 2018 – to drive out terrorists, including the YPG/PKK and Daesh, from its borders.

While Turkey liberated northwestern territories from Daesh, it also prevented the YPG/PKK from establishing a de facto autonomous region in Syria connecting northwestern Afrin to Kobani and Jazeera in the northeast, which Ankara describes as a "terror corridor," posing a grave security threat to Turkey's national security.

More recently, Turkey launched Operation Spring Shield on Feb. 27 after at least 34 Turkish soldiers were killed in an Assad regime airstrike in Idlib province and after repeated violations of previous truces.

Regarding the coronavirus pandemic, Güllüoğlu said Turkey has taken all necessary measures to prevent an outbreak near its borders.

Responding to a question of whether there is a recorded COVID-19 case in Idlib, he said the pandemic is not on the main agenda for people in Idlib.

“Although the coronavirus pandemic has been the main issue for the world in recent months, it is not an issue on the agenda in Idlib. Of course, we spend efforts to develop methods of isolation, diagnosis and treatment in case of a detected case; however, civilians in Idlib primarily need livable houses, security and a more comprehensive health system. These are the main issues in Idlib for now, not the coronavirus. We are still trying to build houses in the region because they are still living in tents,” he explained.

Meanwhile, a senior humanitarian adviser to the United Nations on Syria said the current situation in the war-ravaged country is new and unlike any that the team has dealt with over the last nine years due to the encroaching coronavirus outbreak.

"Humanitarian assistance has never been more critical for the entire country. All Syrians, and all those who provide assistance, are at risk," Najat Rochdi, a senior humanitarian adviser to the U.N.'s top Syria envoy, told a Thursday meeting of the International Syria Support Group Humanitarian Task Force via videoconference from Geneva.

She urged the members of her team to exert extensive efforts to ensure that assistance and support reach Syrians across the country as soon as possible. "Syria's public health system is fragile and will require considerable support to reinforce its capacity," said Rochdi.

Additional medical equipment, devices and supplies are urgently required to contain a potential outbreak in Syria.

"Furthermore, 6 million internally displaced Syrians, including 1 million displaced in northwest Syria since Dec. 1, and 1.8 million in Damascus and rural Damascus, live in conditions that make them particularly vulnerable to respiratory infections," said the humanitarian adviser.

U.N. Special Envoy for Syria Geir Pedersen also joined the meeting. Najat said Pedersen reiterated his call during the meeting for a complete, immediate nationwide cease-fire throughout Syria to enable an all-out-effort to counter the COVID-19 outbreak and spare all Syrians additional suffering.

The U.N. humanitarian leadership in Syria and the U.N. regional hubs in Turkey and Jordan also briefed the task force members on urgent humanitarian access needs.

Syria has been mired in a vicious civil war since early 2011 when the Bashar Assad regime cracked down on pro-democracy protesters. The country has reported 16 positive cases COVID-19, with two deaths from the disease so far.