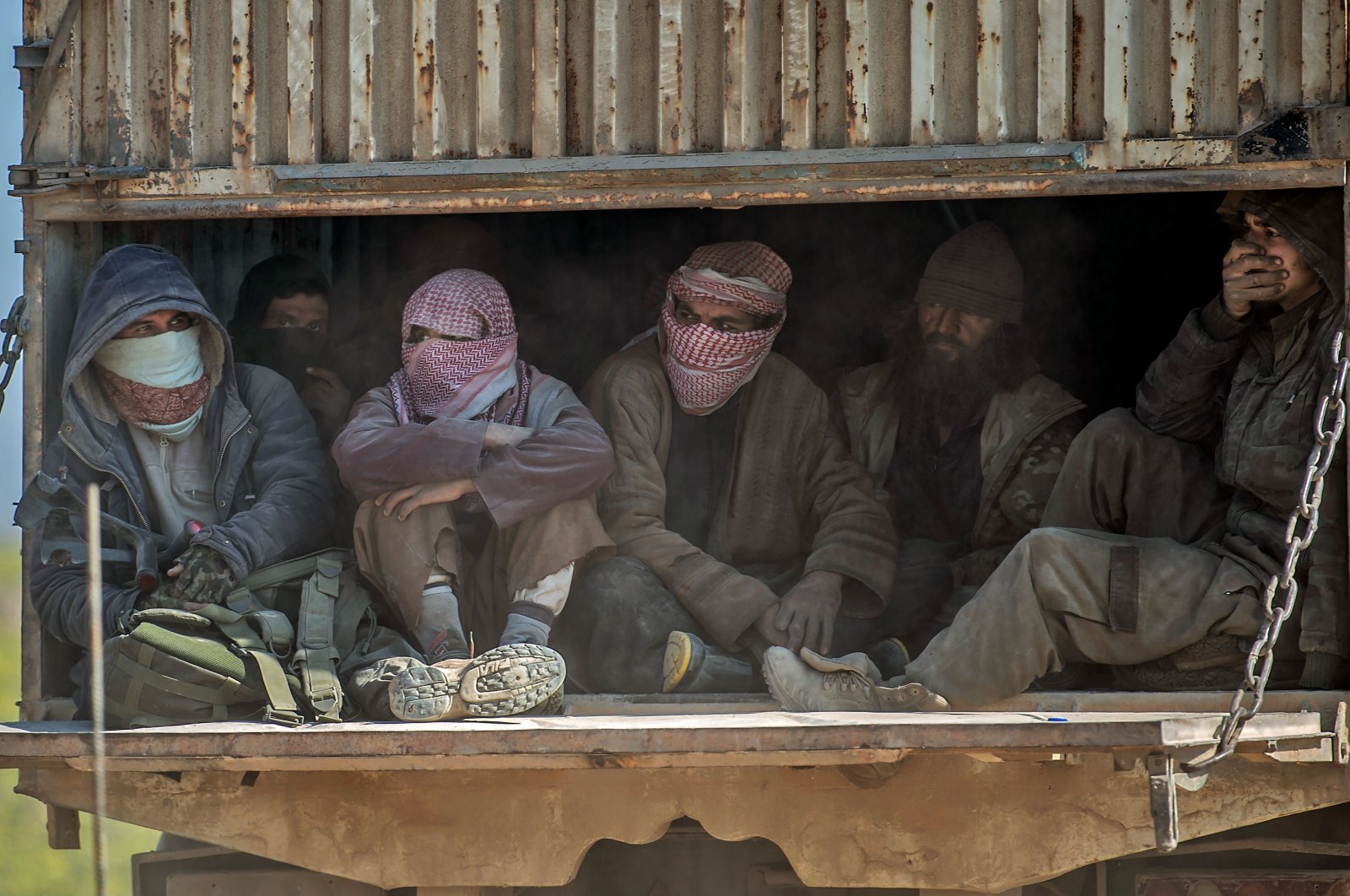 A truck carrying men, identified as Daesh members, being transported out of the terrorist organization’s last holdout of Baghouz in Syria’s northern Deir el-Zour province, Feb.20, 2019. (AFP)
by Daily Sabah with AFP May 21, 2020 11:19 am
RECOMMENDED

German federal prosecutors said Wednesday they were investigating an alleged member of the Daesh terrorist group suspected of a series of acid and arson attacks on Turkish-owned shops and a mosque and of planning killings with a gun and explosives.

The suspect, named only as Muharrem D., faces charges of attempted murder against 27 people by arson, and of grievous bodily harm against six, as well as planning "a serious violent act endangering the state."

Beginning in mid-April, Muharrem is believed to have committed a series of violent crimes against Turkish-owned businesses and a mosque in Waldkraiburg, a small town near Germany's border with Austria.

Investigators say he also secured a pistol with ammunition as well as "significant amounts" of bomb-making equipment for planned attacks on nearby mosques, the Turkish consulate in Munich and a major mosque in the western city of Cologne.

He manufactured 23 pipe bombs and 34 kilograms (75 pounds) of explosives.

Investigators said in a statement that German citizen Muharrem "underwent a radicalization process from 2017 onward" and then he grasped the ideology of the Daesh while becoming a member of the terrorist group.

Turkey's operations in northern Syria were the terrorist's pretext for an "enduring hatred of the Turkish state and people of Turkish origin," prosecutors said, adding that he aimed "to bring about a spiral of violence and retaliation" with his attacks.

People with ties to Daesh have committed several violent attacks in Germany in recent years, with the worst a ramming attack at a Berlin Christmas market in December 2016 that killed 12.

Daesh’s expansion in Iraq and Syria featured horrendous public abuses. Largely unseen but equally egregious were the widespread detentions and kidnappings by the terrorist organization, in which thousands of people were snatched from their homes and cars and at checkpoints and subsequently went missing. The terrorist organization also frequently filmed its members executing the people it abducted or detained. Daesh systematically committed torture, rapes, forced marriages, extreme acts of ethnic cleansing, mass murder, genocide, robbery, extortion, smuggling, slavery, kidnappings and the use of child soldiers.