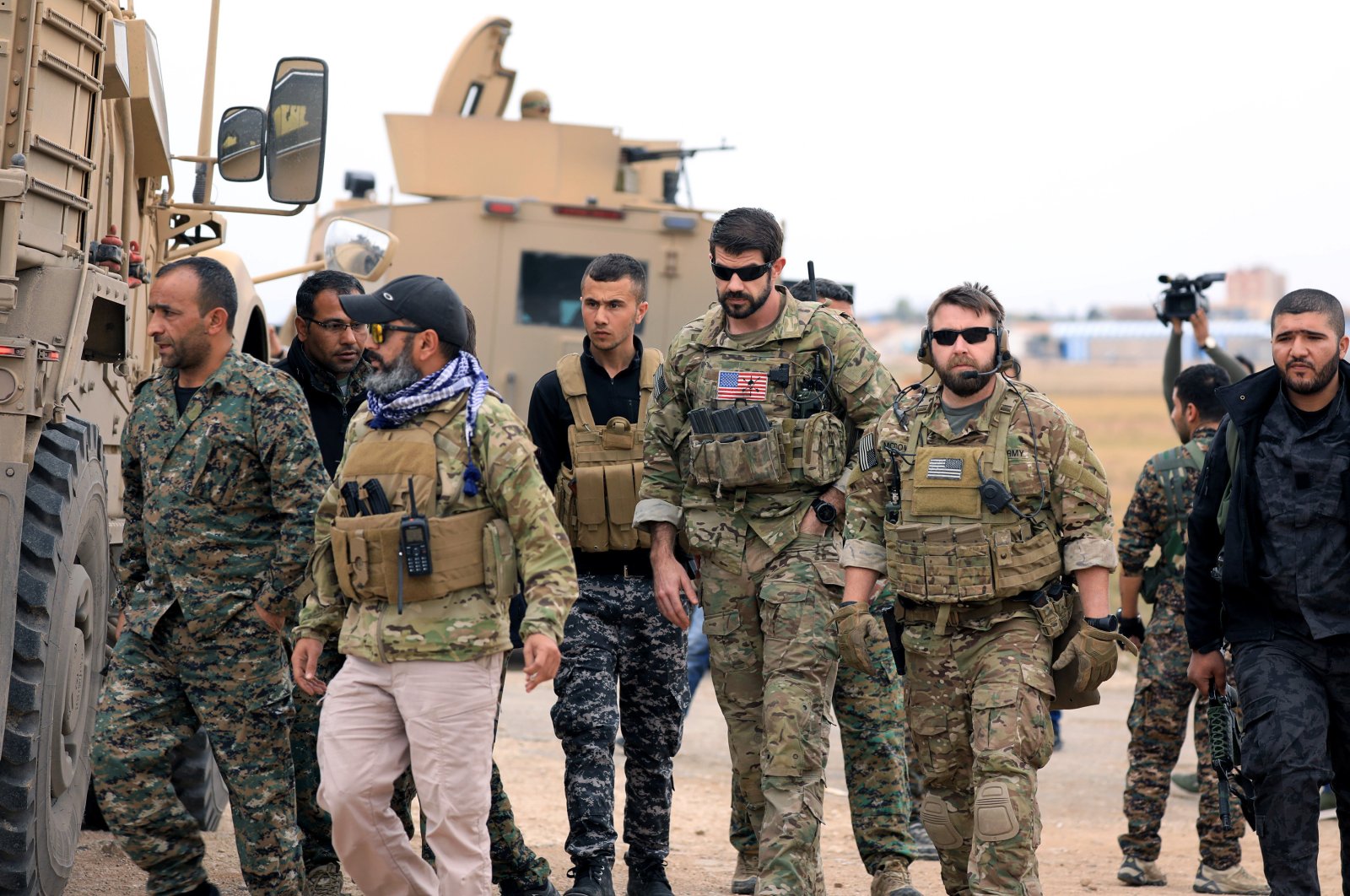 Turkey has opposed the U.S.’ partnership with the YPG in the fight against the Daesh in Syria. (Reuters Photo)
by Compiled from Wire Services Mar 30, 2020 11:16 am
RECOMMENDED

Daesh prisoners late Sunday seized control of the ground floor of a major prison in northeastern Syria run by the U.S.-backed YPG terrorist group, with some of the militants managing to escape.

The YPG terrorists launched an operation to capture those who had fled as security forces sent reinforcements to crush the mutiny in Hasakah prison, YPG’s so-called spokesman Mustafa Bali said in a tweet.

He said rioters were in full control of the ground floor of the prison and had smashed and removed the prison's walls and internal doors.

"The situation is tense inside the prison currently and we sent anti-terror forces and additional troops to control the situation," Bali added.

Saying the number of those who escaped remained unclear, he added that so far there was no connection between the riot and fears of the fast-spreading, new coronavirus. There are concerns over an outbreak of the virus inside overcrowded prison facilities in Syria, however, as for elsewhere in the region.

Earlier, Syrian state television said 12 Daesh militants had fled from the prison toward the southern outskirts of al-Hasakah.

The London-based International Observatory of Human Rights, which has an extensive network of contacts inside Syria, said at least four people had escaped from the prison.

Members of the Daesh terror group had led the uprising and a search has started for those who had escaped, it added.

A U.S. led coalition spokesman confirmed a riot had taken place, adding the facility held only low-level Daesh members. The prison is believed to house foreign Daesh militants. It is not clear what nationalities were held there.

"The coalition is assisting our Syrian Democratic Forces [SDF] partners with aerial surveillance as they quell an uprising at Hasakah detention facility," U.S led coalition spokesman Col. Myles B. Caggins III said in a tweet, referring to the umbrella organization dominated by YPG terrorists.

Arab tribal figures in touch with residents in the area said U.S. coalition planes were seen flying overhead in the vicinity of the prison following the incident.

There were unconfirmed reports that several inmates had been killed in the uprising, the latest of several recent attempts to flee from YPG-controlled prisons, according to residents.

It was not clear how many inmates were in the prison, one of several where the YPG has kept thousands of detainees, many of whose relatives say are young children and others arrested on flimsy charges or for disobeying the YPG's policy of forcible conscription.

On Monday, the YPG-led forces claimed that they restored calm at the Ghourian prison in northeast Syria after the riot by Daesh terror group inmates.

"The situation in the prison is totally back under control," they said in a statement.

The statement added "no escape had occurred," refuting earlier reports.

Some 5,000 Daesh suspects are held in the jail run by the YPG terrorists, according to the Observatory.

Some Arabs, who form a majority of the inhabitants of the areas under the control of YPG militia, accuse the terrorist group of discrimination, an allegation rejected by the group’s officials.

With crucial U.S. air and ground support, the YPG terrorists declared a military victory against Daesh last year after seizing control of the last sliver of land the militants controlled in southeast Syria. The Daesh terror group has resorted to guerrilla attacks since losing its last significant piece of territory in Syria last year.

Families of Daesh militants and supporters who came out of the last territory controlled by the group are also holed in camps around the YPG-controlled areas – the largest one housing nearly 70,000 women and children, many of them foreigners.

The PKK, which is listed as a terrorist organization by Turkey, the U.S. and the EU, has waged a terror campaign against Turkey for more than 35 years and has been responsible for the deaths of nearly 40,000 people, including women and children. The YPG is the Syrian offshoot of the PKK terror group.