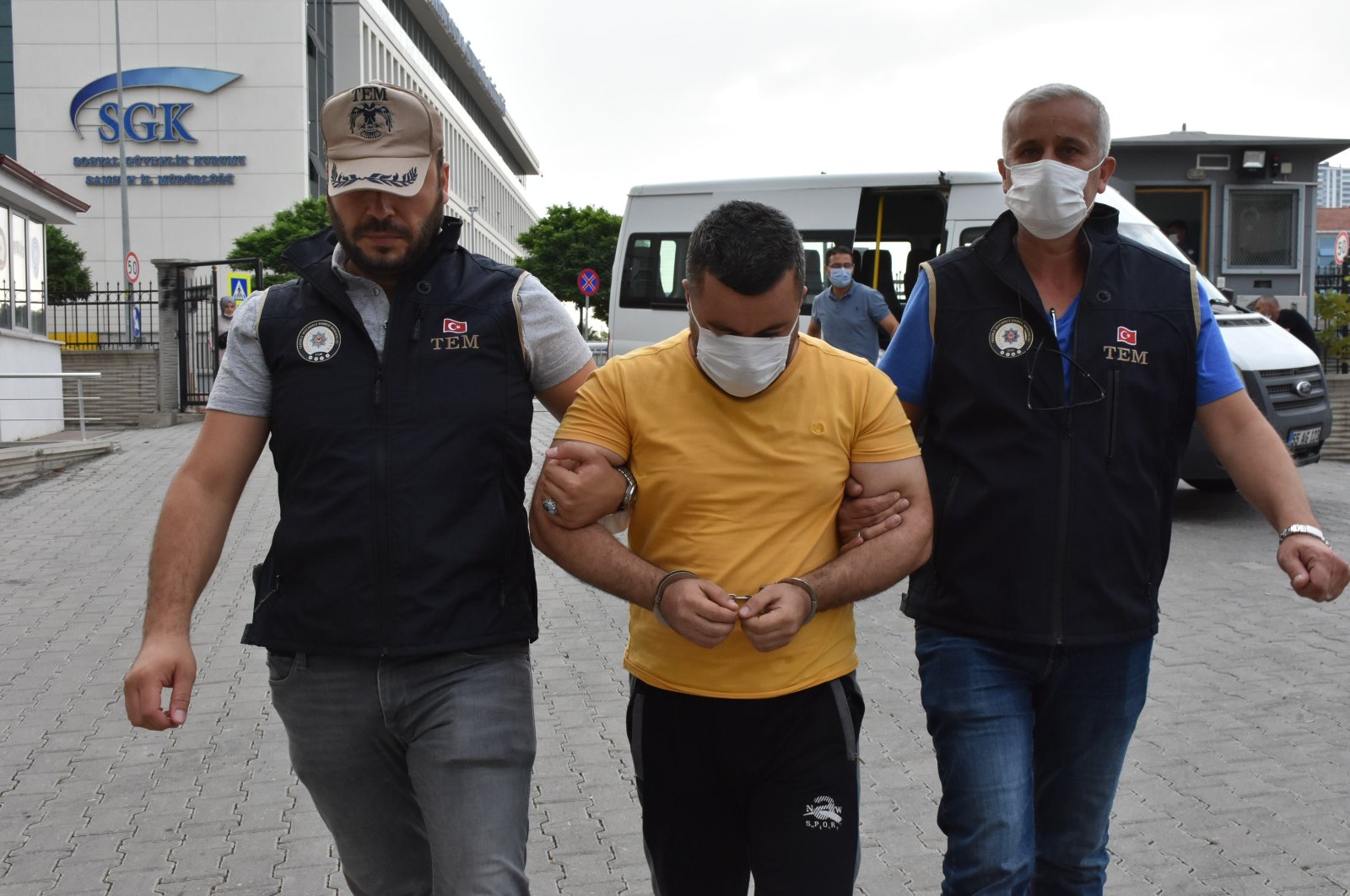 Six Iraqis suspected of having links to Daesh terrorists are detained in Samsun, northern Turkey, Sept. 8, 2020. (AA)
by DAILY SABAH WITH AGENCIES Sep 08, 2020 11:28 am
RECOMMENDED

The so-called Diyarbakır head of the Daesh terrorist organization was apprehended Monday by the provincial police department’s counterterrorism unit.

Nihat Turan had been sought for some time for “being a member of an armed terrorist organization” and had a definitive prison sentence of six years and three months.

During another operation Tuesday, six Daesh suspects were detained in the northern province of Samsun, all of whom were Iraqi citizens.

Turkey was one of the first countries to recognize Daesh as a terror group in 2013, as soon as it emerged.

The country has since been attacked by Daesh terrorists numerous times, including 10 suicide bombings, seven bombings and four armed attacks that killed 315 people and injured hundreds of others.

One of the latest major blows to the terrorist group took place last week as a senior Daesh terrorist detained by Turkish police was planning to carry out an attack on Hagia Sophia Grand Mosque and target politicians, nongovernmental organization (NGO) heads and other prominent figures in Turkey, according to the official investigation.

Interior Minister Süleyman Soylu announced last week that Mahmut Özden, code-named Abu Hamzi and the so-called “Turkey emir” of the Daesh terrorist group, was detained in an anti-terror operation in southern Adana province. “He has been in detention since Aug. 20. His interrogation has finished, and he made some confessions during the interrogation, but most importantly we were able to confiscate digital materials,” Soylu told columnist Abdülkadir Selvi of the Turkish daily Hürriyet.

Soylu noted that the digital materials included instructions from Daesh terrorists in Iraq and Syria, as well as the terrorist group’s new structure in Turkey, including its targets and goals to form teams of 10-12 to carry out attacks. The interior minister continued by saying that there are other Daesh terrorists who were detained in the operations and are still giving their statements.