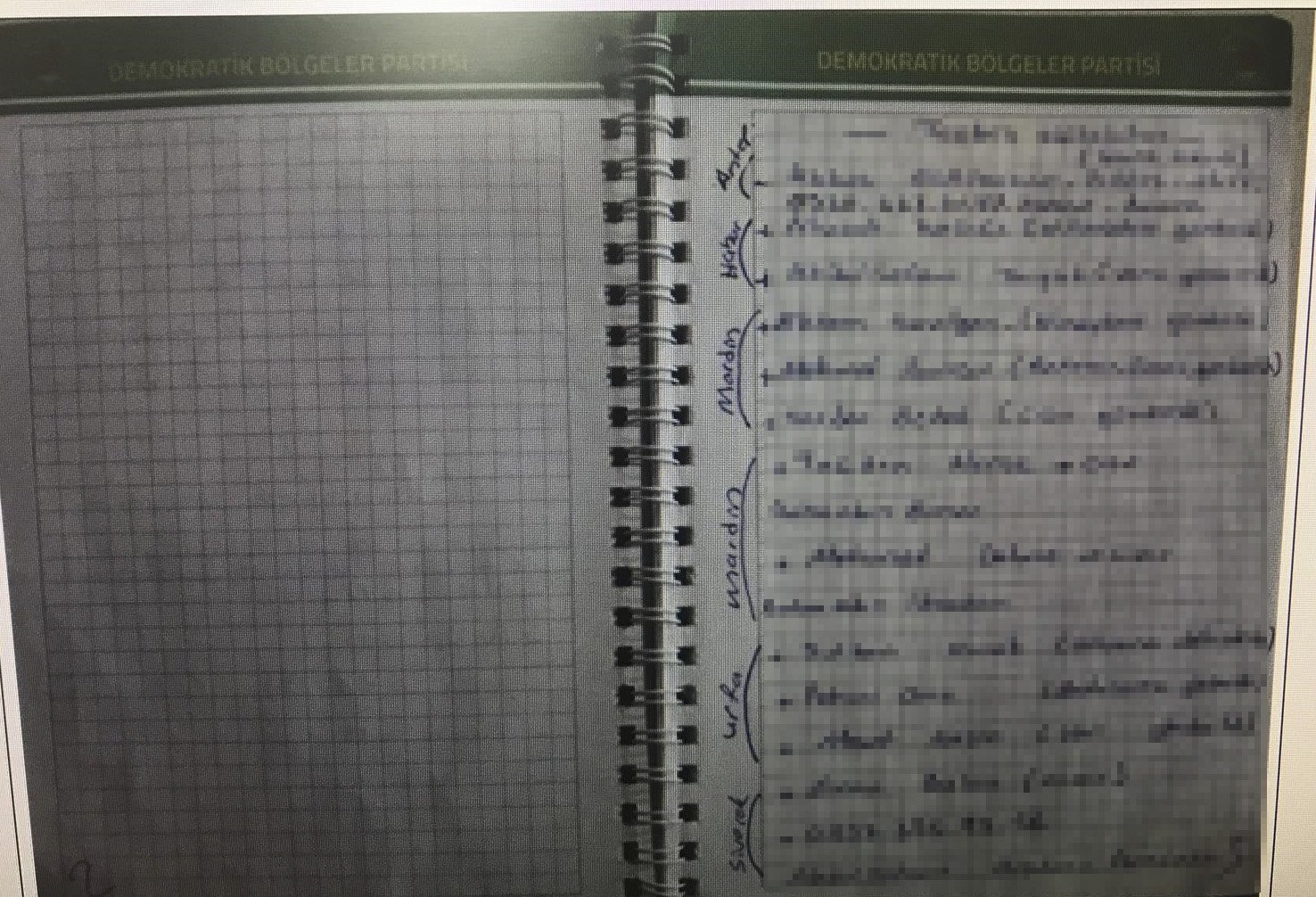 The documents, which were found during a search by the provincial police department’s counterterrorism desk and action force teams on Oct. 22, included the list of terrorists conducting hunger strikes in prisons as well as information on the burial procedures of terrorists that were killed.

The documents also contained information on an abducted minor, whose family has been protesting the PKK in front of the HDP Diyarbakır building for 431 days.

Several families have been holding a demonstration in front of the HDP's main headquarters in Diyarbakır for over a year, as they claim the party has been supporting PKK terrorists in recruiting and kidnapping youth.

The sit-in protests by the Kurdish parents and families are seen as a reaction against the outlawed PKK, a terrorist group that has abducted and recruited their children, as well as the HDP, a political party that many of these families view as being in league with the PKK.

Search teams gathered several documents belonging to the organization, including digital material, books, magazines and newspapers that have been recalled as well as posters, pictures and T-shirts featuring pictures of the terrorist organization’s imprisoned leader, Abdullah Öcalan. So-called flags of the YPG/PKK terrorist organization were similarly seized.

The HDP has drawn much ire from the public for transferring taxpayer money and funds to the PKK, a globally recognized terrorist group. HDP mayors and local officials have been found to have misused funds in support of the terrorist group and to have provided jobs to PKK sympathizers.