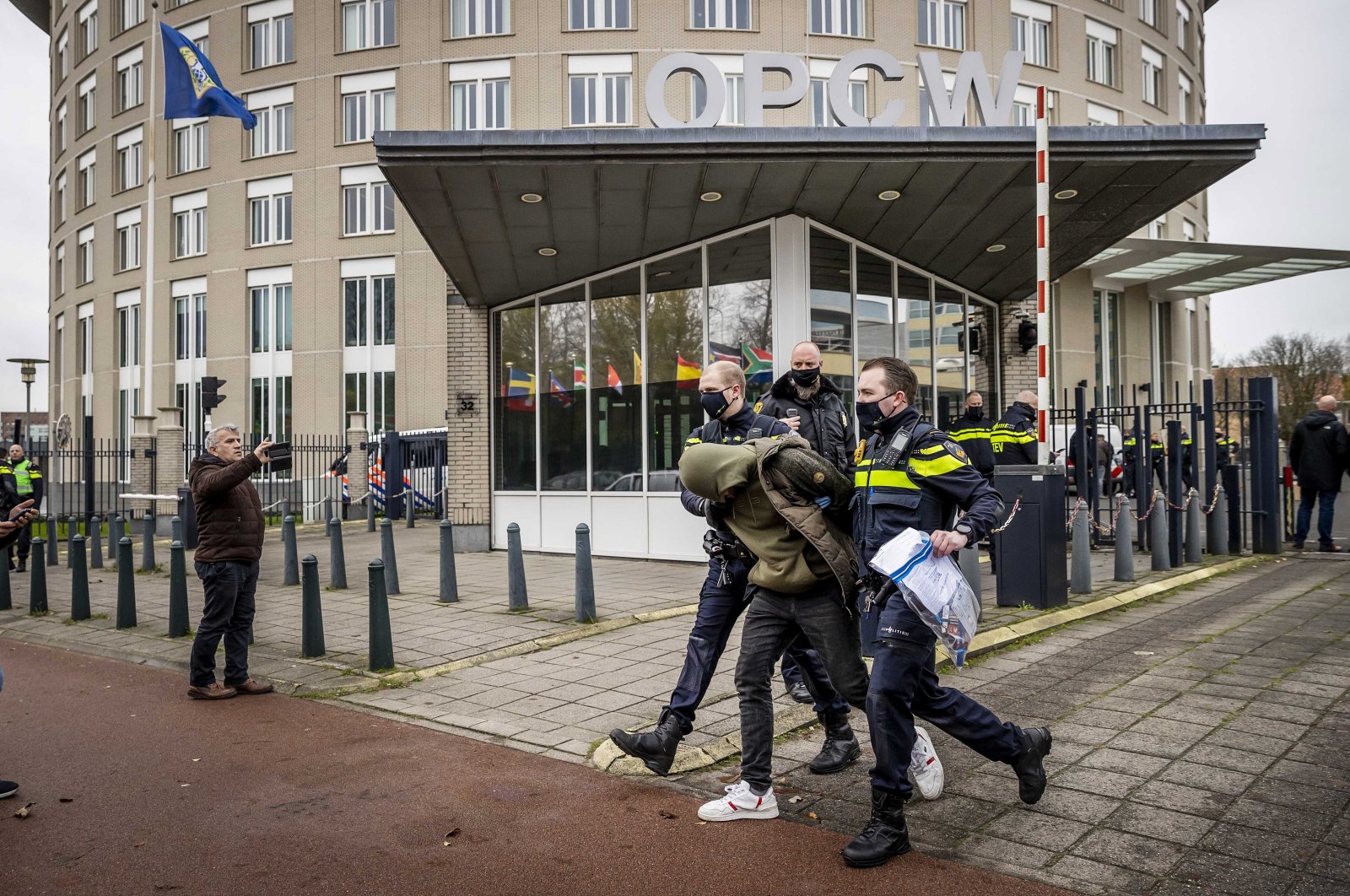 Security forces detained dozens of supporters of the PKK terrorist group in The Hague, Netherlands, on Friday.

In a statement, the police said that a large group, who demanded action against Turkey, tried to storm the building of the Organization for the Prohibition of Chemical Weapons (OPCW) at noon.

Protesters got past security to enter the grounds of the Organisation for the Prohibition of Chemical Weapons (OPCW) in The Hague and staged a noisy rally outside the building's front doors, Agence France-Presse (AFP) journalists saw.

Police dragged the demonstrators off one by one, put them on the ground and handcuffed them. Some were bundled into waiting vans, but the large number meant many were taken away in a hired bus.

At least a dozen police vehicles sealed off the road outside the OPCW, which is opposite Dutch Prime Minister Mark Rutte's official residence. Several ambulances and a medical helicopter were also at the scene.

"Around 50 demonstrators have been arrested and transferred to a police location," a spokesperson for the city's police told AFP.

Britain's delegation at the body said it was "deeply concerned to see protesters break into (the) OPCW" and thanked police for the "swift response."

PKK sympathizers have been carrying out an extensive defamation campaign against Turkey since the country launched its third counterterrorism operation in northeastern Syria, targeting the PKK’s Syrian offshoot YPG and Daesh terrorists. Accounts related to the terrorist group have been sharing fake images to accuse Turkey of attacking civilians, and most recently, have published pictures of chemical weapons attacks that were taken in different places long before Turkey launched the operation.