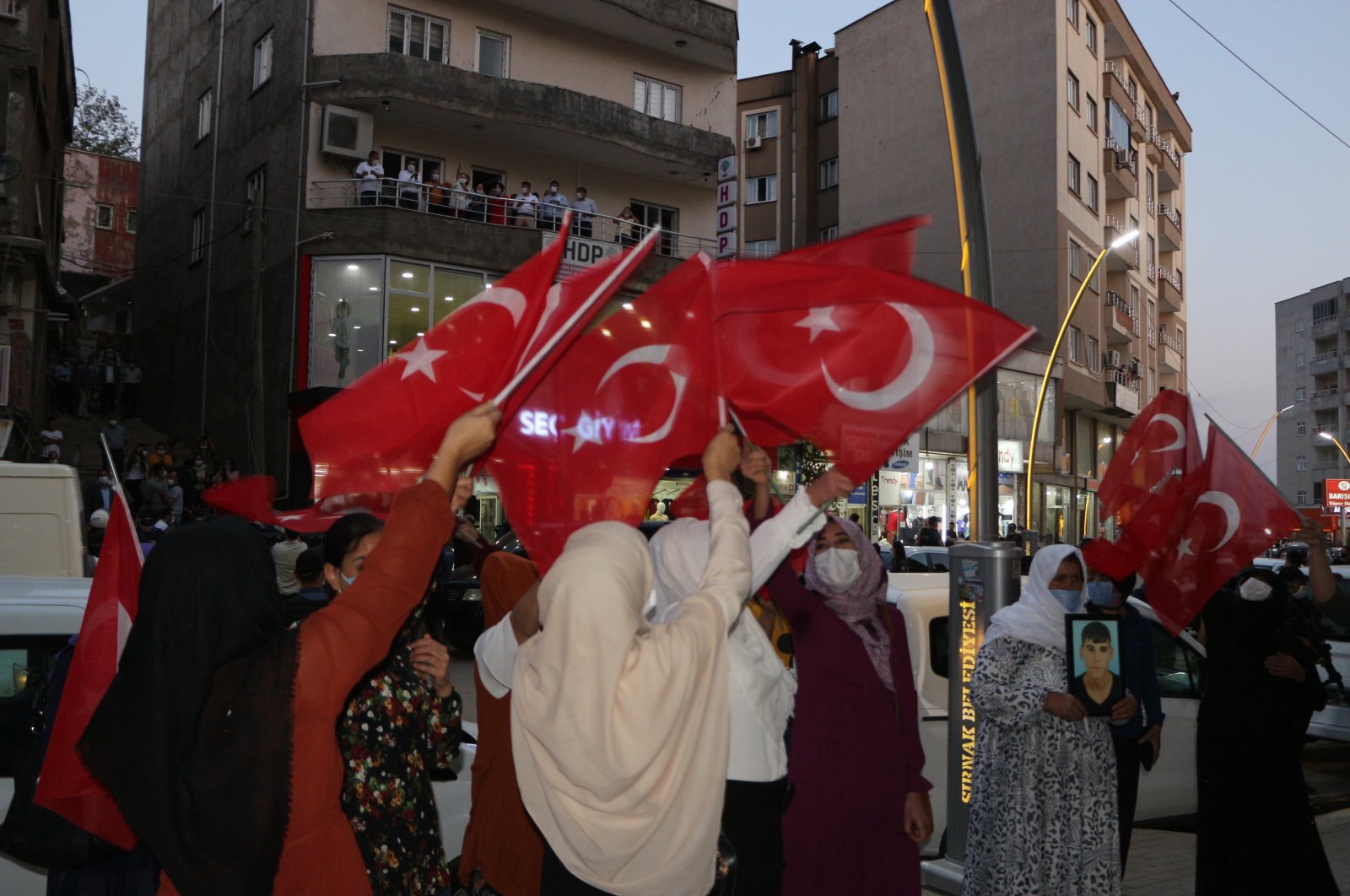 Families whose relatives and children were abducted by the PKK gathered on Thursday in front of the pro-PKK Peoples' Democracy Party’s (HDP) provincial building in southeastern Şırnak.

Emine Üstek, who came to protest the abduction of her son Metin Üstek, stressed that she would demonstrate every Thursday as long as her health allowed.

“They should bring my son from wherever he is. I come here to demand my child, and I will continue to come,” Üstek said.

“No one other than the HDP has given my child to them (the PKK). My son was taken by them to the mountains. How else would children of the age of 13-14 know the way to the mountains?” she said.

Fellow protester Zehra Güngör, whose 12 relatives were killed by the terrorists in 1987, said the HDP could not be the defender of Kurds as it was “the political extension of the PKK, which shed the blood of Kurds and burned children and pregnant women alive.”

Besna Katar, whose husband was abducted 16 years ago, said he left the house to gather wood and she never heard from him again.

Saying that she later learned that her husband was taken by the PKK, Katar continued: “We do not know if he is dead or alive. I am here to get news of him. I want my husband back from the HDP because they have a hand in the PKK's abductions of our children and spouses.”

The families demonstrating in front of the building later dispersed.

The protests in Şırnak are another version of the ongoing protests at the HDP headquarters in the southeastern city of Diyarbakır.

The Diyarbakır protest, which has been ongoing for more than a year, started when Hacire Akar turned up at the doorstep of the headquarters one night after her son was abducted by the PKK. Akar’s son Mehmet returned home on Aug. 24, 2019, giving hope to other families. On Sept. 3, 2019, families inspired by Akar transformed her solo stance into a collective sit-in protest.

The HDP, long facing public reactions and judicial probes over its ties to the PKK, is under pressure from this growing civilian protest movement. Various groups from around Turkey have supported the Kurdish mothers in their cause, with many paying visits to show their support.