Family reunions with children kidnapped by PKK inspire others 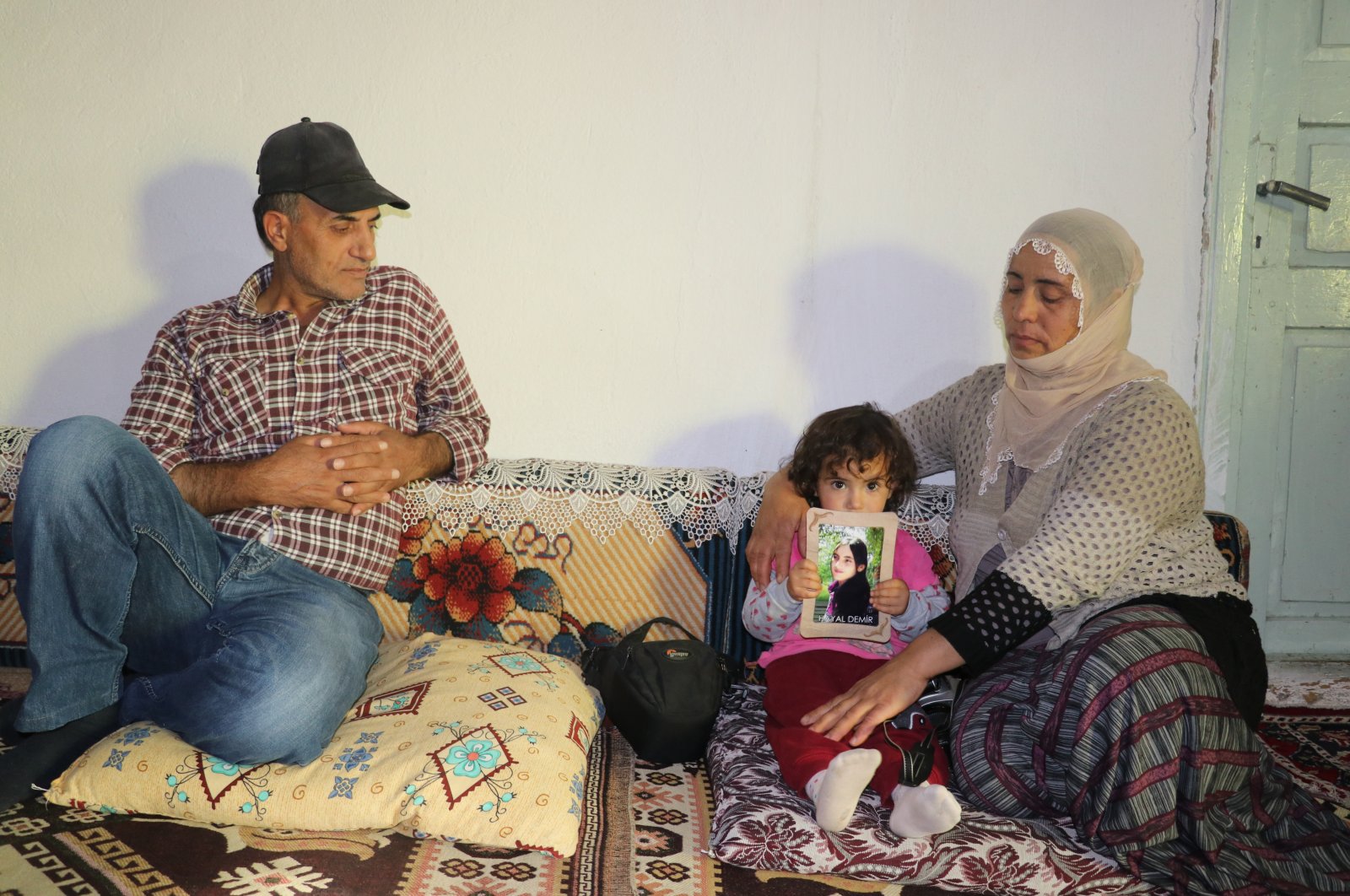 Süheyla Demir and Mustafa Demir sit down in their house in Ağrı with their youngest daughter Asmin, who holds the picture of her kidnapped sister, Hayal, Aug.17, 2020. (AA Photo)
by DAILY SABAH WITH AA Aug 17, 2020 12:54 pm
RECOMMENDED

Families reunited with their children who were kidnapped by the PKK have inspired others who have been staging a protest against the terrorist group in the southeastern province of Diyarbakır for the past 350 days.

A mother from eastern Ağrı province, Süheyla Demir, has been waiting for her daughter, Hayal, who was kidnapped six years ago, to come back as her hope escalates when she observes other families' happiness.

"If my daughter hears me or sees me, please come back. You will either die or will kill in there (among terrorists). (Terrorism) is not a way to live. Many people returned to their families. Whenever I see them, I wish the same happiness for us," Demir said to Anadolu Agency (AA).

One of the four children in the Demir family, Hayal was only 16 when she was kidnapped by the PKK, a young girl with a dream of being a journalist one day.

Her mother has assuaged her suffering from the absence of her daughter for years by participating in the protests in front of the pro-PKK People's Democratic Party (HDP) office in Diyarbakır alongside her youngest daughter, Asmin. However, recently, she had to go back to her home due to the coronavirus outbreak. Now, surrounded by the memories of her daughter, Demir continues her protest from her house, calling on her daughter to come back from wherever she is.

Most families have stated that the last time their children were seen it was at the HDP provincial building while many others claim they had been forcefully abducted.

The protesting mothers state the HDP is responsible for kidnapping or tricking their children into joining the terror group.

"My daughter was not that type (terrorist) of a girl. She was studying," Demir said, while looking at a camera left by Hayal, which was bought for her to follow her dream of becoming a journalist. Reminding that she was kidnapped shortly after she left home for school, Demir asserted that her daughter was tricked into joining the terrorist group.

"She has taken hundreds of photographs with her camera. I still have them. Her only hope was to become a journalist, and now they have taken that dream from her," Demir said.

"They condemned me to this pain for seven years. I wish for them to suffer from a similar pain so that they can understand what it feels like," she underlined.

Emphasizing that she never loses faith in her daughter's return, the mother stated that she will go back to the HDP headquarters once the pandemic ends.

"I have spoken with President (Recep Tayyip) Erdoğan and Interior Minister Süleyman Soylu. They told me that they will do their best for me. I am waiting for the good news from them," she said.

Mehmet Demir, Hayal's father, also stated that his daughter has called them a few times after being kidnapped, but they have not heard from her for years after that.

"We are always looking forward to our daughter's return. We don't turn off our phones even at night in case she calls," he said, adding that they are trusting the Turkish state and believe that their daughter will be treated well if she finally surrenders.

According to Turkey's Effective Remorse Law, which is Article 221 of the Penal Code of Turkey, if a terrorist surrenders, provides information on the terrorist group and explains his or her voluntary departure from the group, no penalty will be imposed on them.