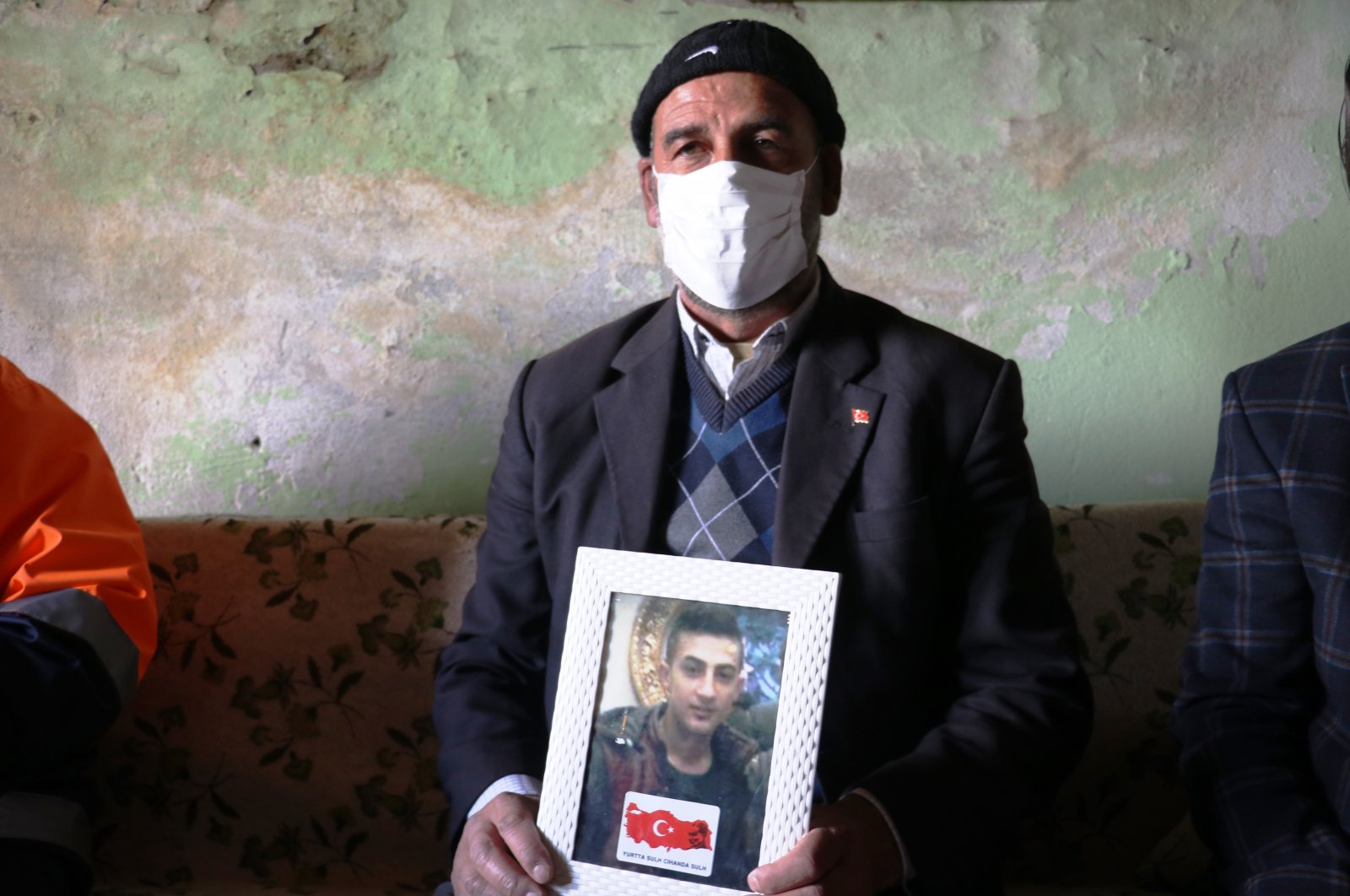 A man whose 19-year-old son was kidnapped by PKK terrorists criticized the pro-PKK Peoples' Democratic Party (HDP) as he asked Interior Minister Süleyman Soylu if his two other sons can become village guards, in a phone call Sunday, reports said.

Soylu called Salih Gökçe, a farmer in eastern Ağrı province who had previously participated in the parents’ protest in front of the pro-PKK HDP's headquarters in Diyarbakır, Anadolu Agency (AA) reported.

Gökçe reminded Soylu that his son had been kidnapped by PKK terrorists while working at a construction site in Istanbul in 2015 and was taken to Syria.

He told the interior minister that his two other sons want to become village guards and serve the country.

Soylu welcomed his request, saying that he will make arrangements with the governor to make them guards.

“I want my son to be saved and will rejoin the protests when they resume,” Gökçek said, while Soylu reassured him that their struggle will pay off.

Village guards or "güvenlik korucusu" (security guard) as they are called formally in Turkish, have been for decades an indispensable part of Turkey's counterterrorism measures in the country's eastern and southeastern regions. They are chosen among locals with skills to use weapons, and most are members of groups that oppose the PKK's presence in the country's east. The PKK, which claims to fight for Kurdish self-rule in the southeast, remains a threat in the region despite continuous counterterrorism operations.

Some 55,000 people work as village guards, and their activities mostly cover the security of rural, remote areas that are more vulnerable to terrorist attacks.

Village guards were first introduced as a paramilitary unit in 1985 to help the security forces at a time when the PKK emerged as a major terror threat in the southeast.

Following the call with Soylu, Gökçe told reporters that his son had been kidnapped 20 days before he was due to join the army.

He noted that he went as far as Syria to bring his son back, and the terrorists swindled TL 15,000 from him with the promise that his son would return, but he never did.

“I participated in the Diyarbakır parents’ protests for seven months,” Gökçek said, as he called on the HDP to bring his son back.

He continued by saying that he does not see the HDP as a defender of Kurdish people’s rights because they help the PKK terrorists kidnap the children of poor Kurdish people.

The sit-in protests by the Kurdish parents and families are seen as a reaction against the outlawed PKK, a terrorist group that has abducted and recruited their children, as well as the HDP, a political party that many of these families view as being in league with the PKK. Currently, 134 families are waiting for their children to return.