FETÖ continues 'interfaith dialogue' with publishings in US 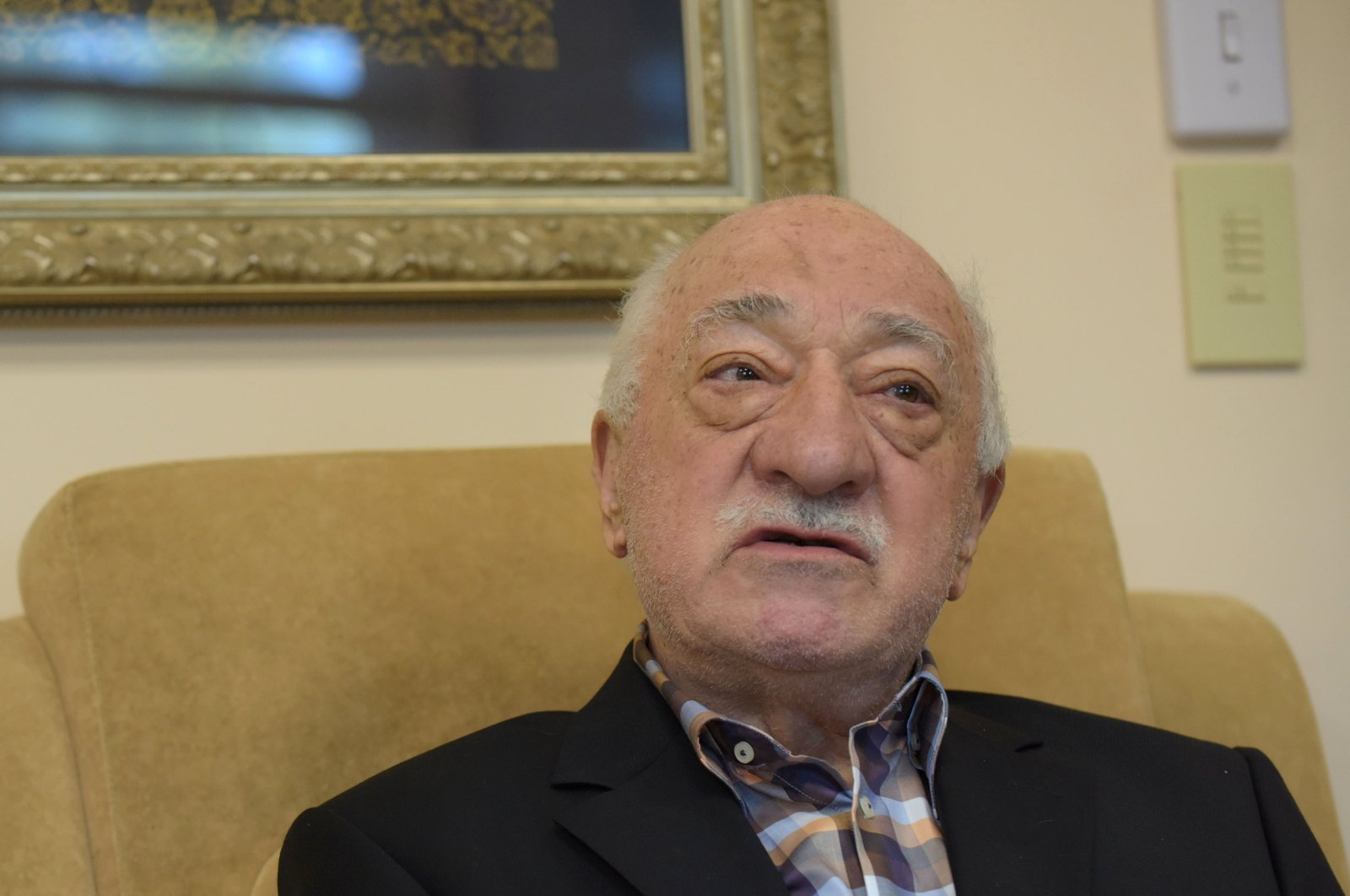 FETÖ leader Fethullah Gülen speaks to members of the media from his home at the Golden Generation Worship and Retreat Center in Saylorsburg, Pennsylvania, U.S., Sept. 22, 2016. (DPA Photo)
by DAILY SABAH WITH AA Apr 16, 2021 2:16 pm
RECOMMENDED

The propaganda created by the Gülenist Terror Group (FETÖ) through its "interfaith dialogue" activities since the 1990s has become increasingly effective with the books printed and distributed in the "Ant Store" bookstore in United States' New Jersey in recent years.

It is known that important members of FETÖ in the U.S. established themselves by making connections with clergy members of other faiths under the name of "interfaith dialogue" in the regions where they are located, and they developed joint projects, especially with Christian and Jewish organizations.

It was previously reported that dialogue activities gained momentum, especially during the Muslim holy month of Ramadan when FETÖ members in some states preferred the churches they were in contact with to perform prayers and their families to attend events at those venues during the year, including Sunday rituals.

In footage that reached the press in 2018, FETÖ members are seen going to church with their families and staying there for hours. They then turned off the lights of the church and locked the door.

It is possible to see that many of the buildings of FETÖ's contracted schools in the U.S. are old church schools and the figures of the Virgin Mary and Jesus in these buildings are usually not touched, even in the photographs of the schools in question.

FETÖ, which suffered from financial difficulties in the period after the Dec. 17-25 investigations, has been forced to shut down broadcasts such as television and newspapers in the U.S. and instead focuses on book and print work for the organization's propaganda, including its work on "interfaith dialogue."

FETÖ publishes books that appeal to three different segments in three different publishing houses and aims to bring its dialogue-based ideas to both American and international readers through the largest book stores, such as Amazon and Barnes & Noble in the U.S.

The Turkish books, especially by FETÖ leader Fetullah Gülen, are published under the name "Süreyya Yayınları." This branch targets the group of religious people in the organization.

The second branch is "Tuğra Books" and it publishes books in the English language only for the new generation of Turkish and Muslim children and youth.

In the catalog of Tuğra Books, the books named "Jesus and Muhammed" by Daniel Hammel and "Isa, his mission and miracles" by Ismail Büyükçelebi and Reşit Haylamaz, who are important members of FETÖ, stand out.

The books of foreign authors praising the terrorist organization were also published by the organization's publishing house.

In public sources, it is stated that Blue Dome, Inc., which appears at the same address as Ant Store, has 37 employees and annual revenue of more than $3 million (TL 24 billion).

The books published on the Blue Dome Press are commonly dialogue books by the organization's authors which are aimed at the American masses by printing them in English and try to bring Gülen to the position of a spiritual leader similar to Gandhi and the Dalai Lama as an international believer.

In addition to the dialog books, the books of foreign authors who criticize Turkey are also published under the name Blue Domes Inc.

Under the umbrella of Alliance for Shared Values (AFSV), which includes prominent people such as Catholic-Islamic researchers and Jewish rabbis on the board of directors, subsidiaries named Atlantic Institute, The Peace Islands Institute, The Rumi Forum, The Pacifica Institute, The Dialogue Institute of the Southwest, Niagara Foundation continue their dialogue activities throughout the country. AFSV is led by Yücel Alp Aslandoğan, the spokesperson of Gülen.

While the iftar tables set up in Ramadan are known as the most active time for dialogue activities, the Passover Feast celebrated in memory of Moses' saving the Jews from Egypt, Noah's Pudding, distributed in the context of the landing of Noah's Ark, are also considered an opportunity to spread propaganda.

In the dinner meetings held under the name of Abraham's Table, it is emphasized that the followers of the three faiths accept Prophet Abraham as a common ancestor. And for future togetherness, the concepts of Messiah and Mahdi are highlighted as a common point.