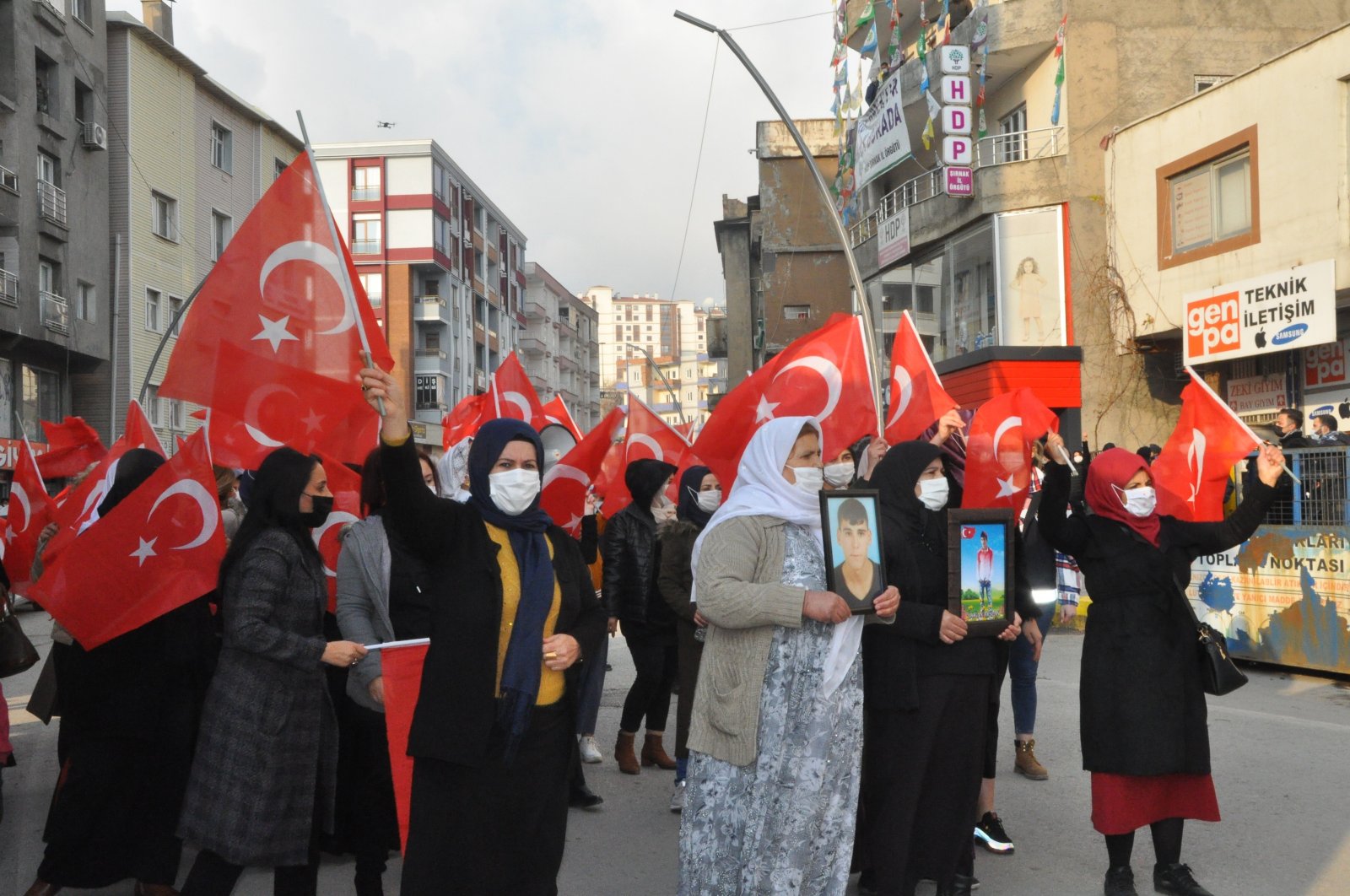 Parents whose children were abducted by the PKK, as well as families whose loved ones were killed or injured in PKK terrorist attacks, marched toward the HDP provincial headquarters chanting “down with PKK and HDP collaborators,” along Şehit Üsteğmen Mehmet Esin Avenue.

The protesters were attacked by a pro-HDP group, who threw stones at them.

Last year Hacire Akar, a mother whose 21-year-old son was taken by the PKK, launched a sit-in protest on the steps of the HDP's headquarters and was reunited with her son just three days later.

Since then, families desperate to learn the fate of their children have gradually joined the protest, resulting in some being reunited with their children who have surrendered to Turkish security forces.

The protesting parents say the party is responsible for kidnapping and tricking their children in the ranks of the PKK. The growing civilian movement has put pressure on the HDP, which has long faced public scrutiny and judicial probes for its ties to the PKK. Various groups from around Turkey have supported the Kurdish mothers in their cause, with many paying visits to show their support.

In November, the Turkish police found a planner and several documents containing information and lists of PKK terrorists at the HDP provincial building in Diyarbakır following a counterterrorism investigation launched by the Chief Public Prosecutor’s Office.