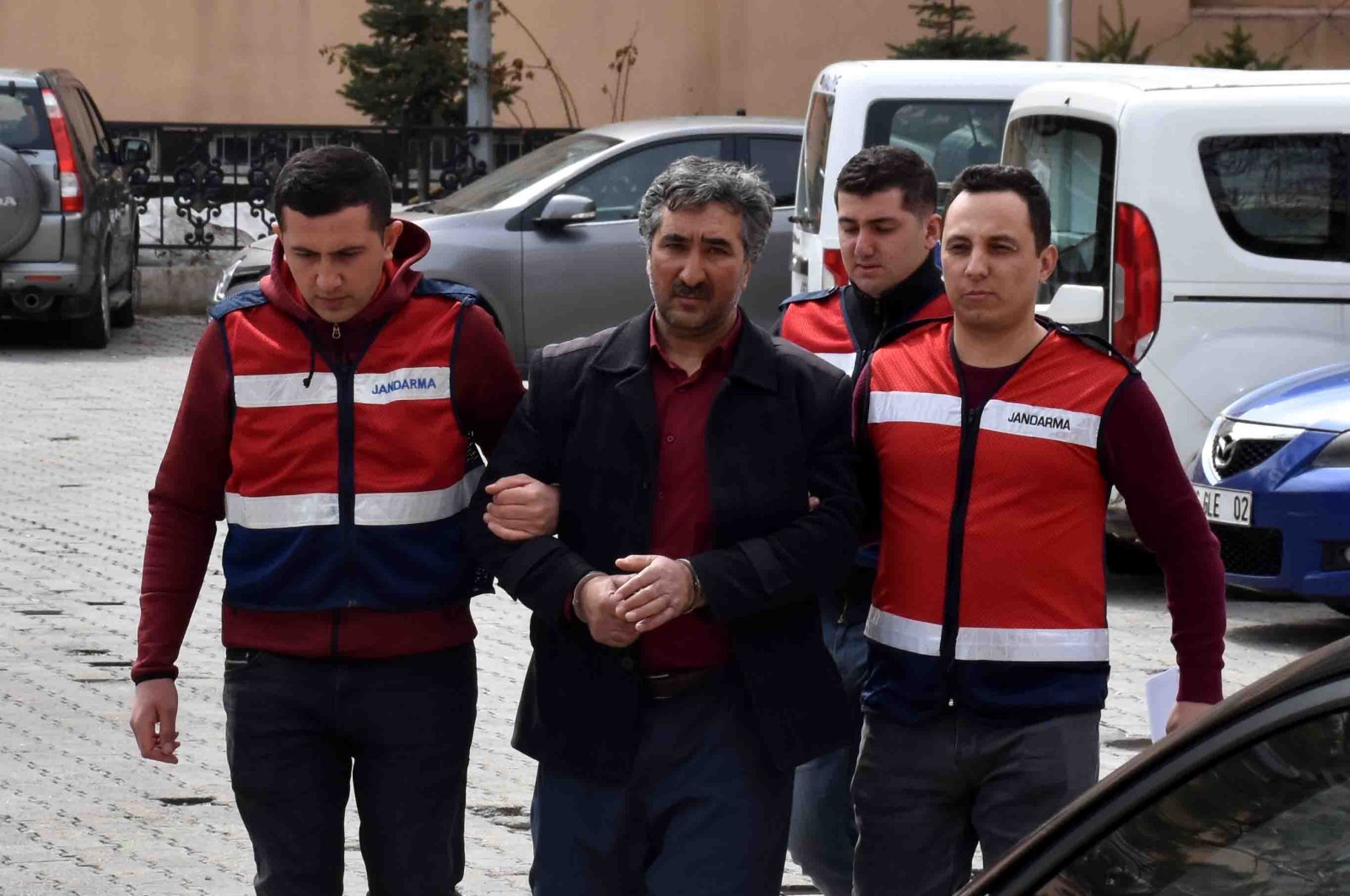 The hiding Hezbollah member, identified by the initials Y.Y., captured by the security forces in the eastern province of Muş, Wednesday, March 25, 2020. (AA)
by Anadolu Agency Mar 26, 2020 10:32 am
RECOMMENDED

A convicted terrorist who was in hiding for over 20 years was arrested in the city of Muş in eastern Turkey on Wednesday, security sources said.

In 2000, the man, identified by the initials Y.Y., was convicted of "being a member of the Hezbollah terrorist organization" and sentenced in absentia to six years and three months in prison.

The Hezbollah terror group in Turkey, which was founded in the late 1980s, is not affiliated with Hezbollah in Lebanon and is often referred to as "the Turkish Hezbollah" or "Kurdish Hezbollah" (or simply Hizbullah).

Having managed to evade capture for two decades, the suspect was caught in an operation by gendarmerie forces, who found out that he was hiding in a village close to the city center.

An operation was conducted, and the suspect was found holed up in a secret hiding spot in his house.

It was learned that for 20 years, the suspect had been hiding in stables during the summer and a secret room during the winter.

He was assisted by neighbors who would alert him whenever security forces were in the area.

As a group with a radical religious ideology, Hezbollah was mostly active during the 1990s, particularly against the PKK terrorist group, which has a Marxist-Leninist credo. Hezbollah's active days came to an end in the 2000s, as most of the group's leaders have been imprisoned as a result of a nearly decadeslong series of trials. In 2012, a political party emerged from within the group, named Free Cause Party (HÜDA-PAR).

Turkey has been the country that has suffered most from terrorism in recent years and has been actively fighting it for decades. Particularly the PKK terrorist group has been waging war on the country for almost 40 years, killing more than 30,000 people. Still, Turkey’s security concerns not only include the PKK but also the Gülenist Terror Group (FETÖ), the YPG and Daesh.