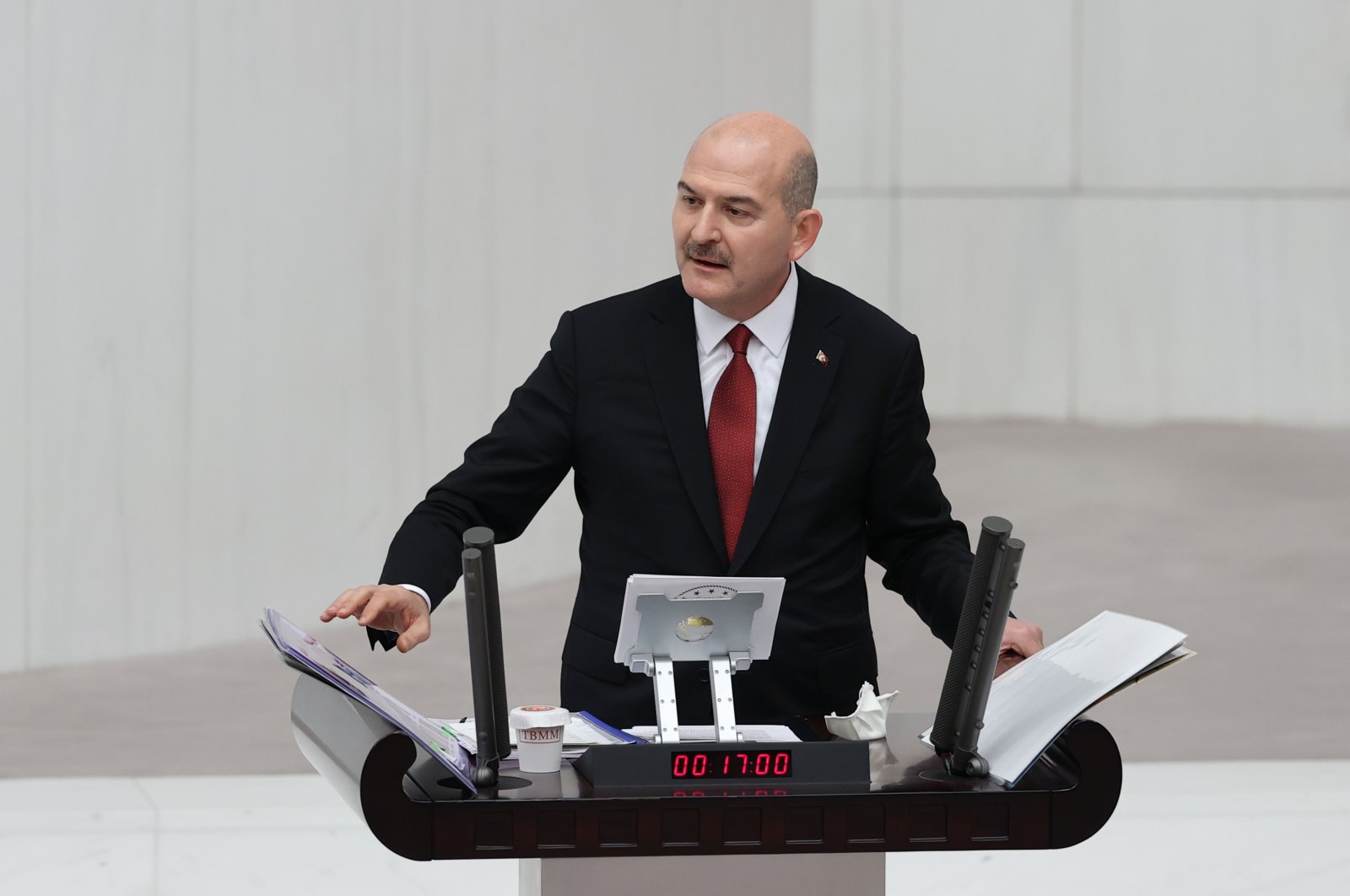 "If you have a little dignity, you will wish condolences for civilians," Soylu told the lawmakers in the 2021 budget debate in parliament, referring to civilians victimized by PKK terror.

“You will pay for the crimes committed against children,” Soylu said, referring to the silence of HDP lawmakers with regards to the children abducted and forcibly recruited by the PKK.

“You have become slaves to the PKK terror,” he added.

After being criticized for “criminalizing” HDP, Soylu said that PKK itself is what criminalizes the party.

“We do not criminalize HDP, and we never will. You know who does? PKK terrorist group itself,” he said.

Soylu also responded to the criticisms regarding the appointment of trustees to the municipalities formerly run by HDP.

The minister underlined that the HDP mayors were removed from duty after their links to the PKK have been discovered.

Its mayors have also been accused of undermining municipal services, allowing the PKK to dig trenches in the streets and launch attacks on police and soldiers when the terrorist group adopted an urban warfare strategy in July 2015, thereby ending a two-year reconciliation period. HDP municipalities and their staff were also found to be actively participating in terrorist attacks launched after July 2015.

As a result, Turkey has removed the elected administrations in at least 93 municipalities across the region for their links to the terrorist group and appointed trustees to these municipalities.

Turkey's fight against terrorism is also a battle of development, he added.

"What we have done is not only fight with terrorism, but it is actually a fight with imperialism," Soylu stated.

"This is a fight of development," he said.

In its more than 30-year terror campaign against Turkey, the PKK -- listed as a terrorist organization by Turkey, the US, and the EU -- has been responsible for the deaths of some 40,000 people, including women, children, and infants. YPG is its Syrian branch.