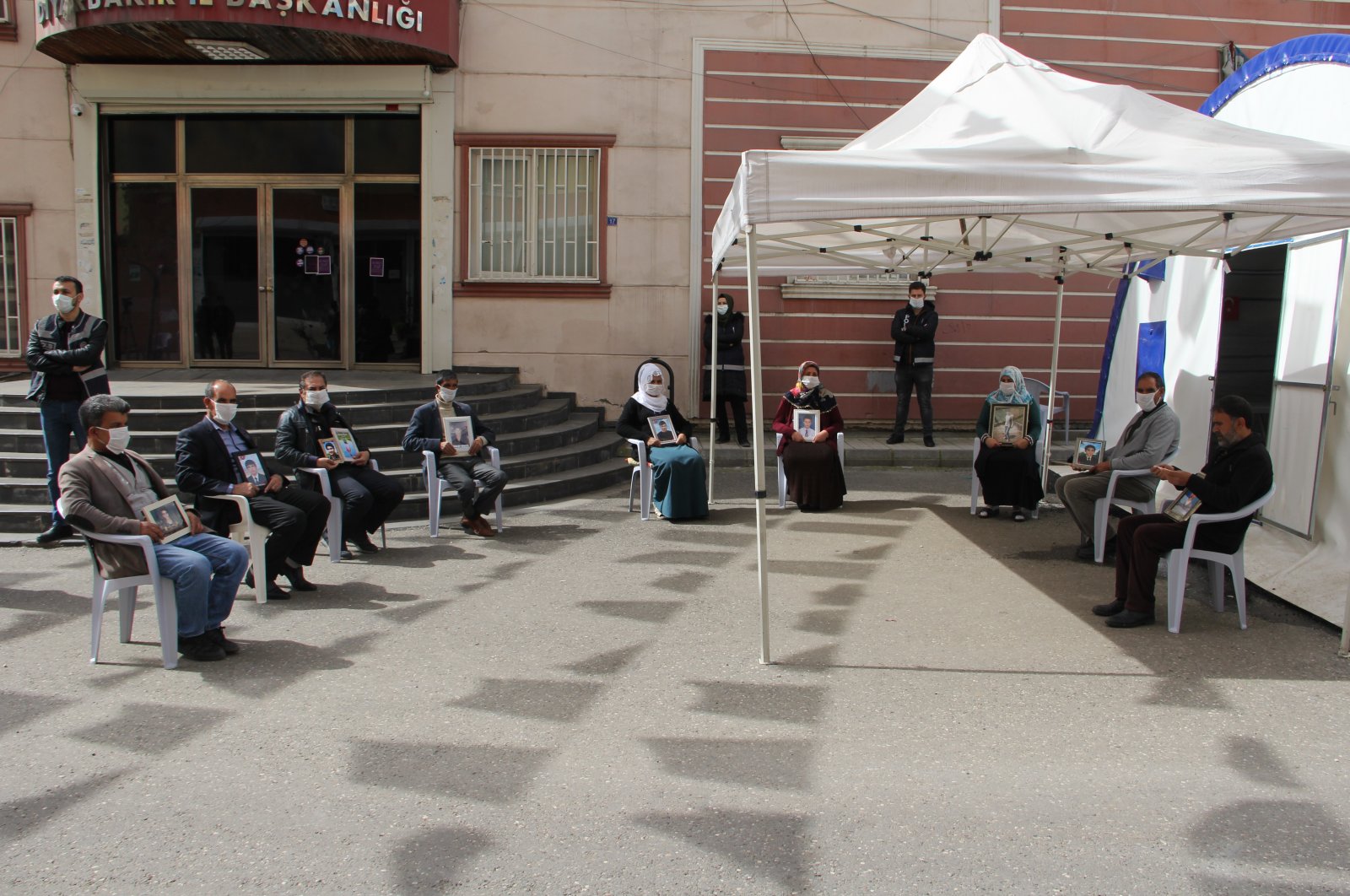 Families, protesting the abduction of their children by the PKK, continue their sit-in for the 217th day despite the coronavirus pandemic, Diyarbakır, Turkey, Monday, April 6, 2020. (IHA Photo)
by DAILY SABAH Apr 06, 2020 11:06 am
Edited By Dilara Aslan
RECOMMENDED

Kurdish families, who have been protesting in front of the pro-PKK Peoples’ Democratic Party's (HDP) provincial building in Diyarbakır, have blamed the HDP of turning a blind eye to the pain of the families waiting for 217 days for their children to be returned by the PKK terrorist organization.

“The HDP is ignoring us. The HDP has deceived our children and sent them to the mountains. It has left families on death's door. You leave our children in the mountains without food and condemn them to death. If you have a little bit of conscience, demand the return of our children from the PKK,” Süleyman Aydın, a member of a protesting family attending the sit-in for his son abducted at the age of 15, cried out Sunday.

“My son, escape from the clutches of these cruel people. They lie to you, they deceive you. When you have the chance, flee and come home. We miss you,” Kamile Küçükdağ said while addressing her son Engin who was abducted by the PKK six years ago. Küçükdağ underlined that her son was taken through the HDP at the age of 15 and that she would not give up no matter how many years are needed.

It has been 217 days since the families started the sit-in. The protest started when Hacire Akar turned up at the doorstep of the HDP's Diyarbakır office one night. A week later, on Sept. 3, 2019, families inspired by Akar transformed her solo stance into a collective sit-in protest. Akar's son Mehmet returned home on Aug. 24, showing other families that there is still hope.