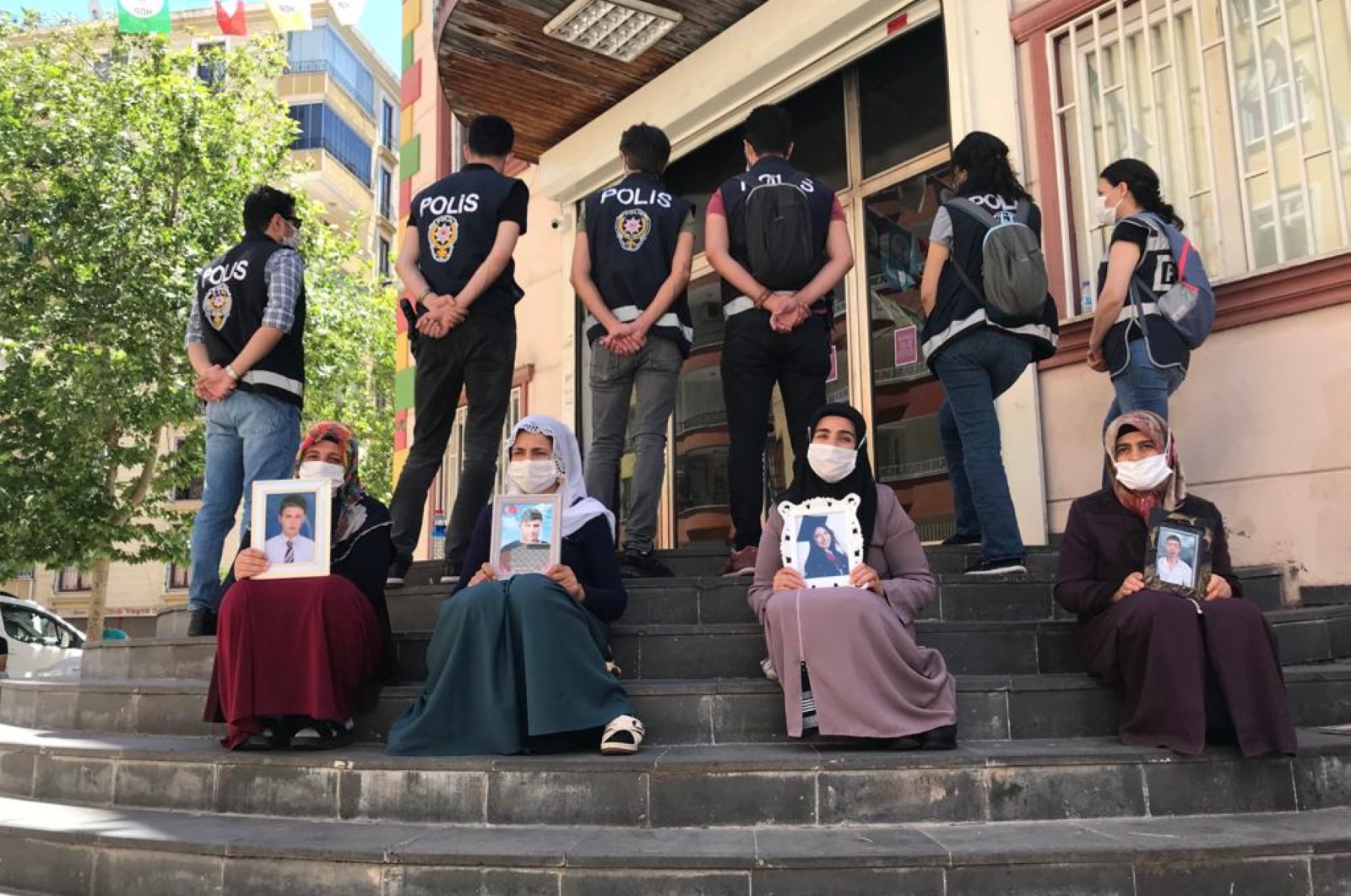 Kurdish families' protest against the PKK terrorists in southeastern Diyarbakır province has been continuing for almost 300 days as families are determined not to end their struggle until their abducted children return.

"I will not put an end to this protest until my son returns," said Sevgi Çahmar, who has been participating in the protests in front of the People's Democratic Party (HDP) headquarters since Feb. 29 for her 28-year-old son Yavuz.

"My son, if you see me, hear me, please leave (the terrorist group) and come to me," the sorrowful mother said, calling on her son to surrender to security forces.

The sit-in protests, which have been continuing for 272 days, are a reaction against the outlawed PKK, a terror group that has abducted and recruited children, as well as the HDP, a political party that many of these families believe is in league with the PKK.

The HDP is accused by the government of having links to the PKK. The protesting mothers claim the party is responsible for kidnapping or tricking their children to join the terror group. The HDP, long facing public reaction and judicial probes over its ties to the PKK, is under pressure from this growing civilian protest movement. Various groups from around Turkey have supported the Kurdish mothers in their cause, with many paying visits to show their support. The protest started when Hacire Akar turned up on the doorstep of the HDP’s Diyarbakır office one night. A week later, on Sept. 3, 2019, families inspired by Akar transformed her solo stance into a collective sit-in protest. Akar’s son Mehmet returned home on Aug. 24, giving hope to other families.

Since then, 13 families have managed to reach their children thanks to the protest's success.

A significant number of suspected terrorists have started fleeing the PKK and surrendering. More than 235 members surrendered to Turkish security forces in 2019. Once they surrender, former recruits are provided with many opportunities, including the right to an education and the freedom to live without fear and oppression.

"Everyone's children are returning. You shall surrender as well," said a protesting father, Celil Begdaş, calling on his 16-year-old son Yusuf, who was captured by the PKK terrorists a year ago, to return.

Criticizing the opposition parties, particularly the Republican People’s Party (CHP), Begdaş stated that the head of the group, Kemal Kılıçdaroğlu, should support their cause if he would like to be known as a human rights defender.

Noting Kılıçdaroğlu's demand to release the HDP's former head Selahattin Demirtaş, Begdaş said: "Let them release Demirtaş, but they should release our children as well. Demirtaş has a punishment and he has to serve a sentence. What have our children done to suffer from this?"

Some HDP members have been charged with or are accused of having links to the PKK. Its former co-leader Demirtaş, was arrested in November 2016 over propaganda in support of the terrorist organization.

So far, the CHP has refrained from officially cooperating with the HDP in its political movements, including election alliances, amid fears of a possible backlash from its secular-nationalist voter base. Many pundits, however, believe the two parties act together in many areas, especially when it comes to cooperating against the ruling Justice and Development Party (AK Party).