Kurdish mother: My son demands to be rescued from PKK terrorists 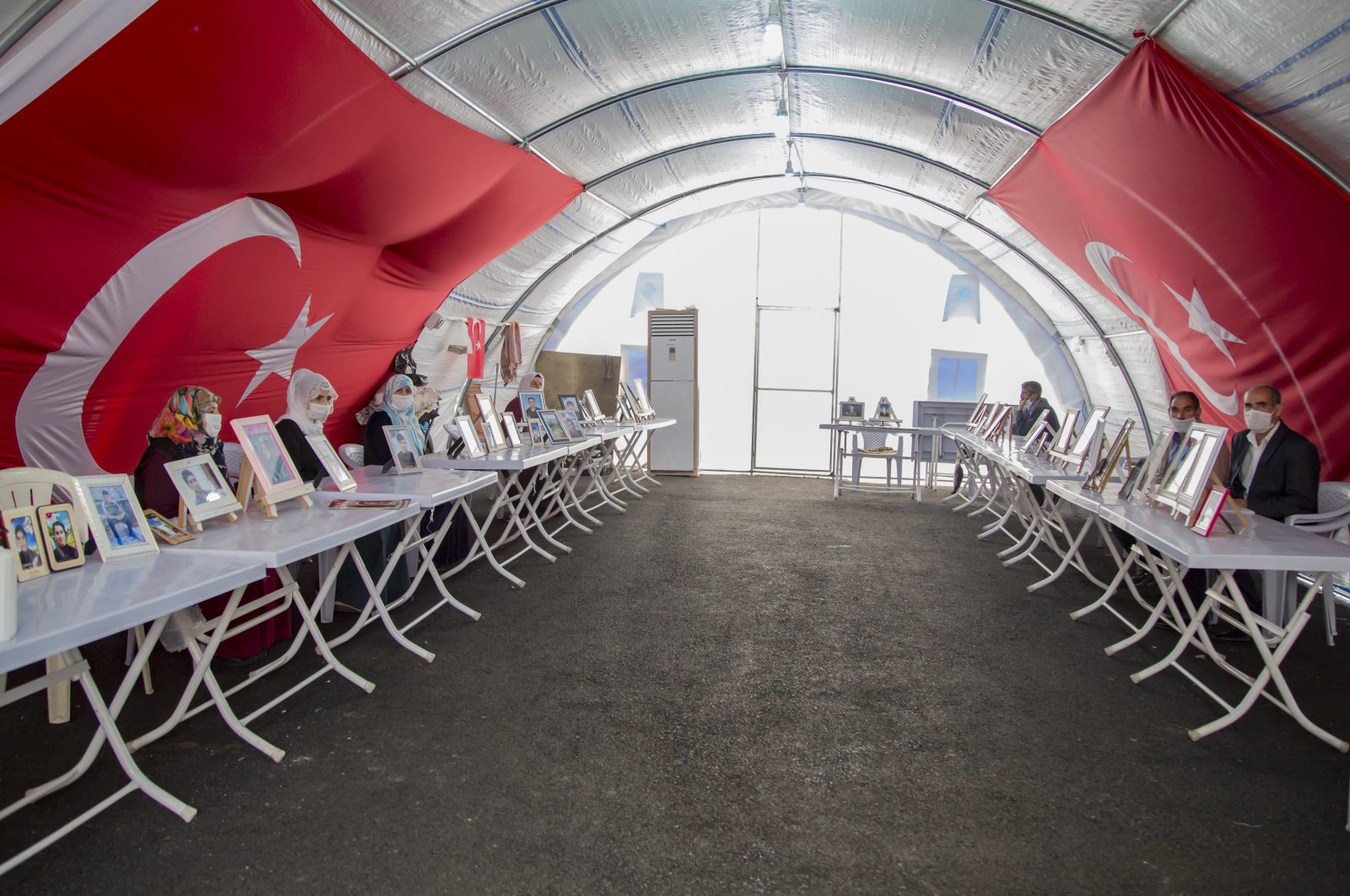 It has been 248 days since a group of Kurdish families launched a sit-in protest in Diyarbakır, demanding their children back from the PKK terrorist group. (AA)
by DAILY SABAH WITH AGENCIES May 07, 2020 1:02 pm
RECOMMENDED

A Kurdish mother who has been participating in a sit-in protest against the PKK in southeastern Diyarbakır province over the abduction of their children said Thursday that her son demanded to be rescued from the terrorist group.

Ayşegül Biçer, a cancer patient whose child was abducted by the PKK 18 months ago, stated that her son, 18-year-old Mustafa, sent word to them, asking for help to be rescued.

Biçer, alongside her husband Rauf, has been participating in the sit-in protests in front of the People's Democratic Party (HDP) headquarters in Diyarbakır since Sept. 3.

Aiming to enter the HDP building early on Thursday, Biçer cried, "You will bring my son back to me." Her attempt to enter the building was prevented by security forces.

"According to the word that I received this morning, I learned that my son has been abducted with threats from HDP members. My son called someone and told them, 'save me.' The person he called reached me and told me to go and save my son since he is 'begging' to be saved. Now, I came here to take my son back," the sorrowful mother said, adding that it has been 18 months and she cannot take it anymore.

It has been 248 days since a group of Kurdish families launched a sit-in protest, demanding their children back from the PKK terrorist group. The sit-in protests by the Kurdish parents and families are a reaction against the outlawed PKK, a terror group that has abducted and recruited their children, as well as the HDP, a political party that many of these families view as being in league with the PKK.

The protest started when Hacire Akar turned up at the doorstep of the HDP's Diyarbakır office one night. A week later, on Sept. 3, families inspired by Akar transformed her solo stance into a collective sit-in protest. Akar's son Mehmet returned home on Aug. 24, showing other families that there is still hope.

Its mayors have also been accused of undermining municipal services, allowing the PKK to dig ditches in the streets and launch attacks on police and soldiers when the terrorist group adopted an urban warfare strategy in July 2015 and ended a two-year reconciliation period. HDP municipalities and their staff were also found to be actively participating in terrorist attacks launched since July 2015.

"We have ruined ourselves by voting for the HDP," said one of the protesting fathers, Celil Begdaş, on Thursday. A father of four, Begdaş's 17-year-old son Yusuf was abducted by the PKK a year ago, on May 5, 2019. Blaming the HDP for his son's kidnapping, Begdaş called on other families who have lost their children to the PKK to join the protest.

"Our children have been taken by the HDP, and we will not leave here before taking them back," he said.