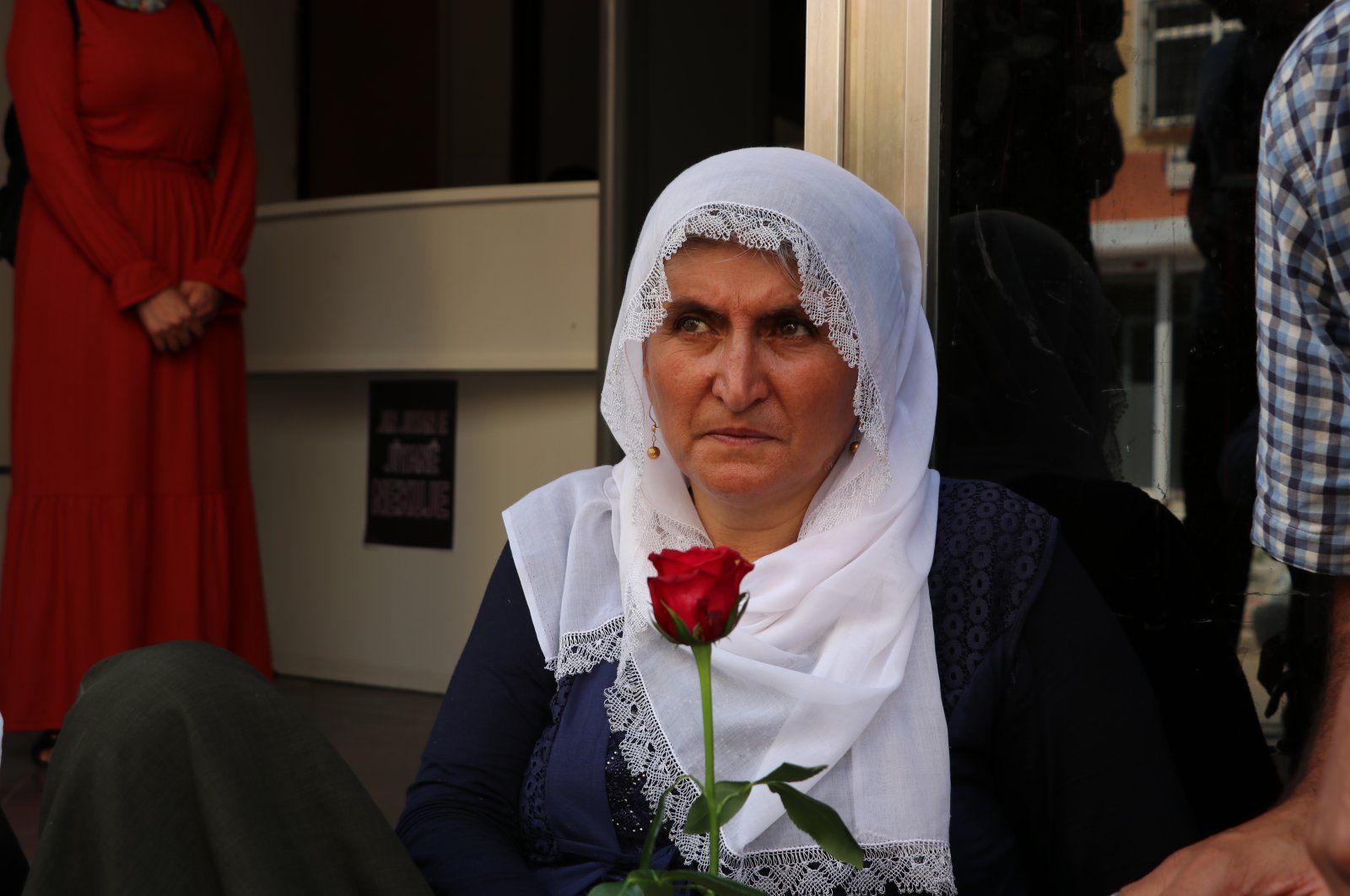 Hacire Akar, who claimed her son was kidnapped by the PKK and started a sit-in protest in front of the pro-PKK People's Democratic Party (HDP) headquarters in Diyarbakır, has more good news after reuniting with her son. Hacire Akar’s son Mehmet Akar, who returned home on Aug. 24, 2019, giving hope to other families, is now having a baby boy, making Hacire a grandmother.

Mehmet Akar, who lives with his family in Diyarbakır’s Sur district, was kidnapped last year while making wedding preparations with his fiancée, Kader T. After not receiving any news from her son for two days, Hacire Akar applied to the provincial security directorate. Akar later examined her son's phone and noticed messages from HDP officials. She concluded that her son was kidnapped by the PKK and taken to the mountains with the help of the HDP. To bring back her son, Akar launched a sit-in campaign with the participation of two of her relatives in front of the HDP provincial building. Akar filed a criminal complaint against HDP members and said she would continue her protest until her son was handed over to her. Soon after, more families who were encouraged by the bold stance of Akar joined her in seeking out their missing children.

With the number of families growing, HDP officials started to threaten the parents seeking the return of their children. HDP provincial vice-head Sait Demir attacked the families and journalists covering the incident.

It was later revealed that Akar's other son, Fırat Akar, was abducted by PKK members in 1994 and killed in the mountains in 2017.

“They abducted my other son and he was killed eventually. I couldn’t eat for 40 days. They gave me such suffering. I called on all families whose son were abducted to not fear and come and demand that their children come back from the HDP,” she said.

Mehmet Akar's return home in August 2019 gave hope to other families, and since then, the number of protesting mothers has grown as they demand the return of their children, who they say were deceived or kidnapped by the terrorist group. Since their sit-in protests began on Sept. 3, 2019, 15 families have been reunited with their children, while others still wait longingly to embrace their children again.

After Mehmet Akar was rescued, some news sources close to the PKK started to spread disinformation that Akar and Kader T. were to be married by force. Kader T. issued a statement and said that the allegations did not reflect the truth and that they love each other. The 20-year-old woman said that the two families came together in December 2018 with her consent for the betrothal ceremony.

“Neither I nor my fiancé Mehmet were forced into a marriage. We got engaged with the expectation of getting married. In none of our meetings was there an issue like falling apart. I love him and I am sure that Mehmet loves me too,” she said.

The couple finally married on Oct. 19, 2019, two months after Akar’s rescue. The couple had a child this year, bringing even greater joy to Hacire Akar as she became a grandmother.

According to Turkey's Effective Remorse Law, which is Article 221 of the Penal Code of Turkey, if a terrorist surrenders, provides information on the terrorist group and explains his or her voluntary departure from the group, no penalty will be imposed on them.