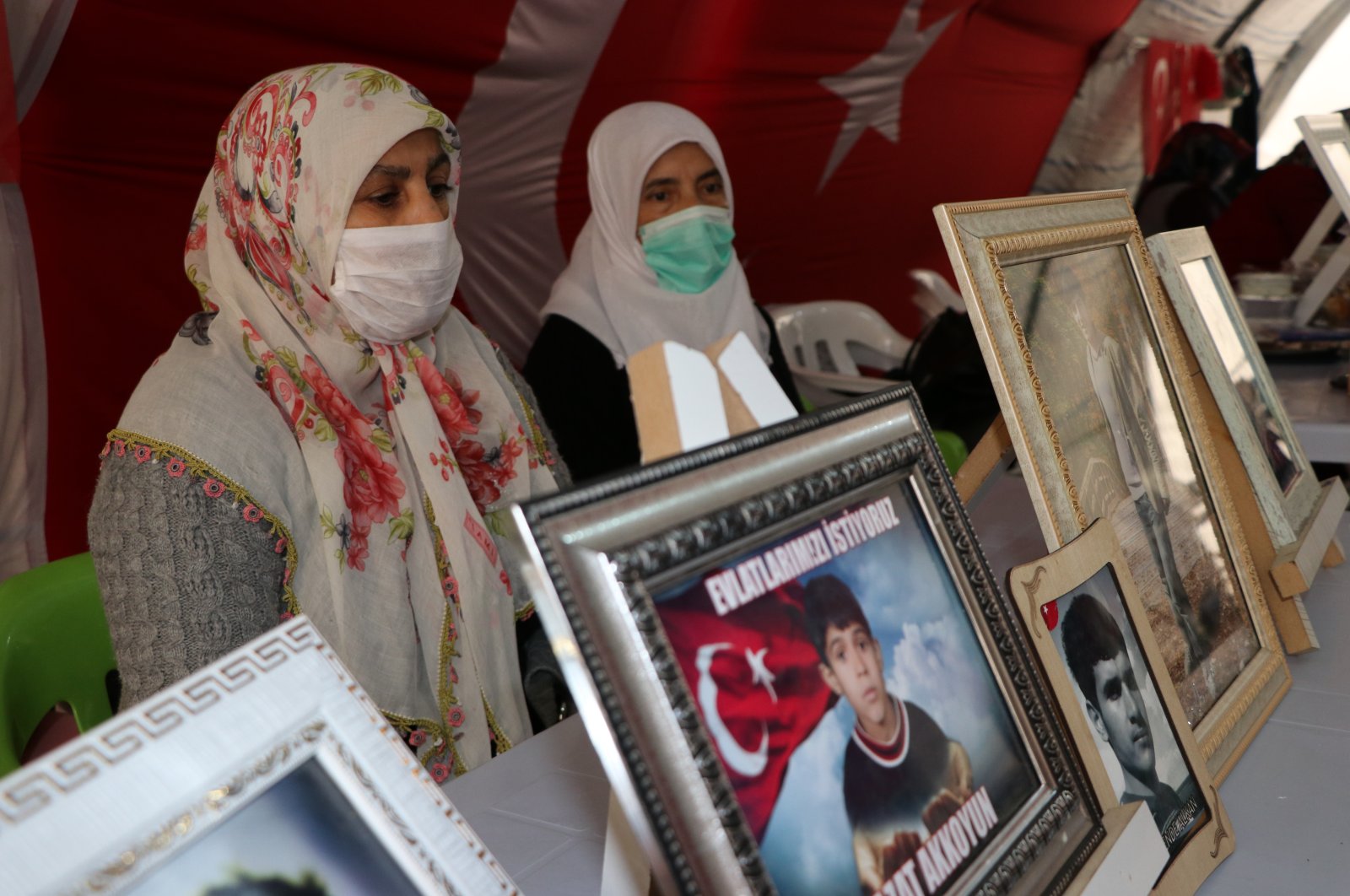 It has been more than a year since Kurdish mothers came together to protest PKK terrorism with hopes that it will result in the return of their kidnapped children. The determination of protesters as well as their common suffering, has paved the way for strong friendships, helping them endure the absence of their beloved children.

"We suffer from the same pain ... we were shedding tears for the same reason in different provinces at different hours without knowing each other. Now we are not alone and are ready to fight together as a single family," said Hediye Okçu, a Kurdish mother who has been participating in the sit-in protest in front of the pro-PKK People's Protection Party (HDP) headquarters in southeastern Diyarbakır province.

Okçu and Güllü Turan are two mothers whose daughters were forcibly abducted by the terrorist group.

Frustrated with the continued absence of their children and not knowing their fate, they left their home town in Tunceli province and joined the protesters, thus developing a close friendship in which they find solace.

"My 20-year-old daughter was studying tourism in a university when she was taken away by the terrorists," Okçu told Anadolu Agency (AA). "I was shocked as our family took absolutely no part in anything political."

Ever since, she added, "There is nothing but pain and suffering, both for my family and myself ... peace left our house. There are only sadness and sorrow there."

The 55-year-old said she could relate to every protesting parent since their young have been "brainwashed by the PKK propaganda."

Turan, on the other hand said her daughter was 17 at the time of her abduction in 2015 and was studying at a boarding school.

"The disappearance of my child was shocking and unexpected," she said, describing her youngster as "shy" and an "introvert."

"Alev was a smart and silent one. I still cannot believe she was brainwashed to join the terrorist group, which targets our soldiers and police," she said. "She was planning to be an English teacher."

Many of the families come from moderate backgrounds and have made sacrifices for their children's education – something which also brings them together.

"Many of us here have similar backgrounds and living conditions and understand each other very well as our pain is similar," Turan said. "I feel blessed that these people here do not have any hidden agendas and are contributing with sincerity. May Allah bless every one of them."

The protest started when Hacire Akar turned up at the doorstep of the Peoples' Democratic Party's (HDP) Diyarbakır office one night after her son was abducted by the PKK. Akar’s son Mehmet returned home on Aug. 24, giving hope to the other families. On Sept. 3, 2019, families inspired by Akar transformed her solo stance into a collective sit-in protest.