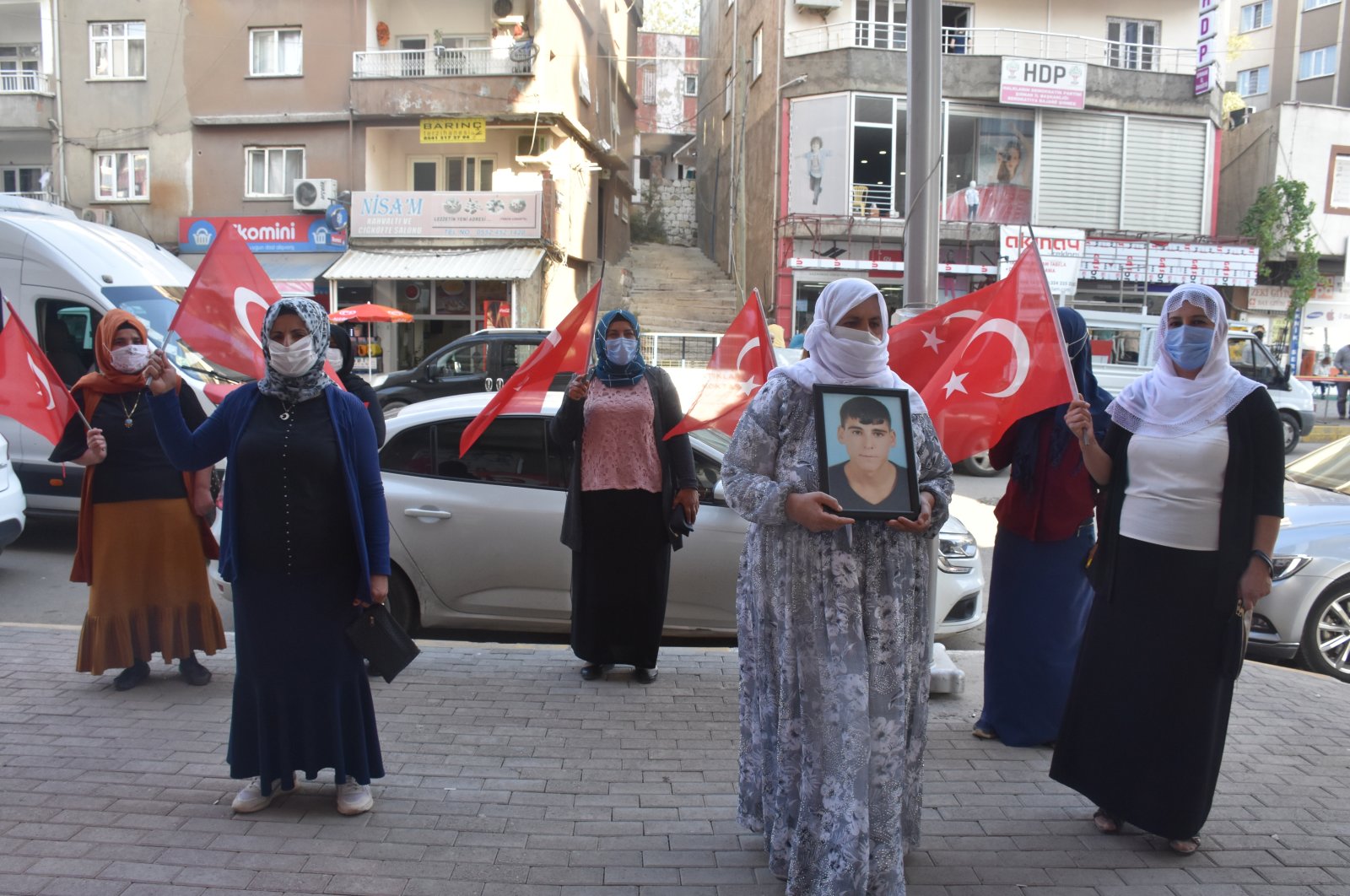 A Kurdish mother whose son abducted by the PKK six years ago protested against the terror group Thursday in front of the pro-PKK Peoples’ Democratic Party (HDP) office in southeastern Şırnak province.

Some relatives of those who were killed or injured by the PKK also joined Emine Üstek in support of her protest.

Üstek said in Kurdish that her son Metin was abducted six years ago when he was 15. She said that the PKK must take its hands off children.

A larger protest among Kurdish mothers started when Hacire Akar turned up at the doorstep of the HDP’s office in southeastern Diyarbakır province one night after her son was abducted by the PKK. A week later, on Sept. 3, 2019, families inspired by Akar transformed her solo stance into a collective sit-in protest.

The protest of the Diyarbakır mothers has been continuing for more than a year.