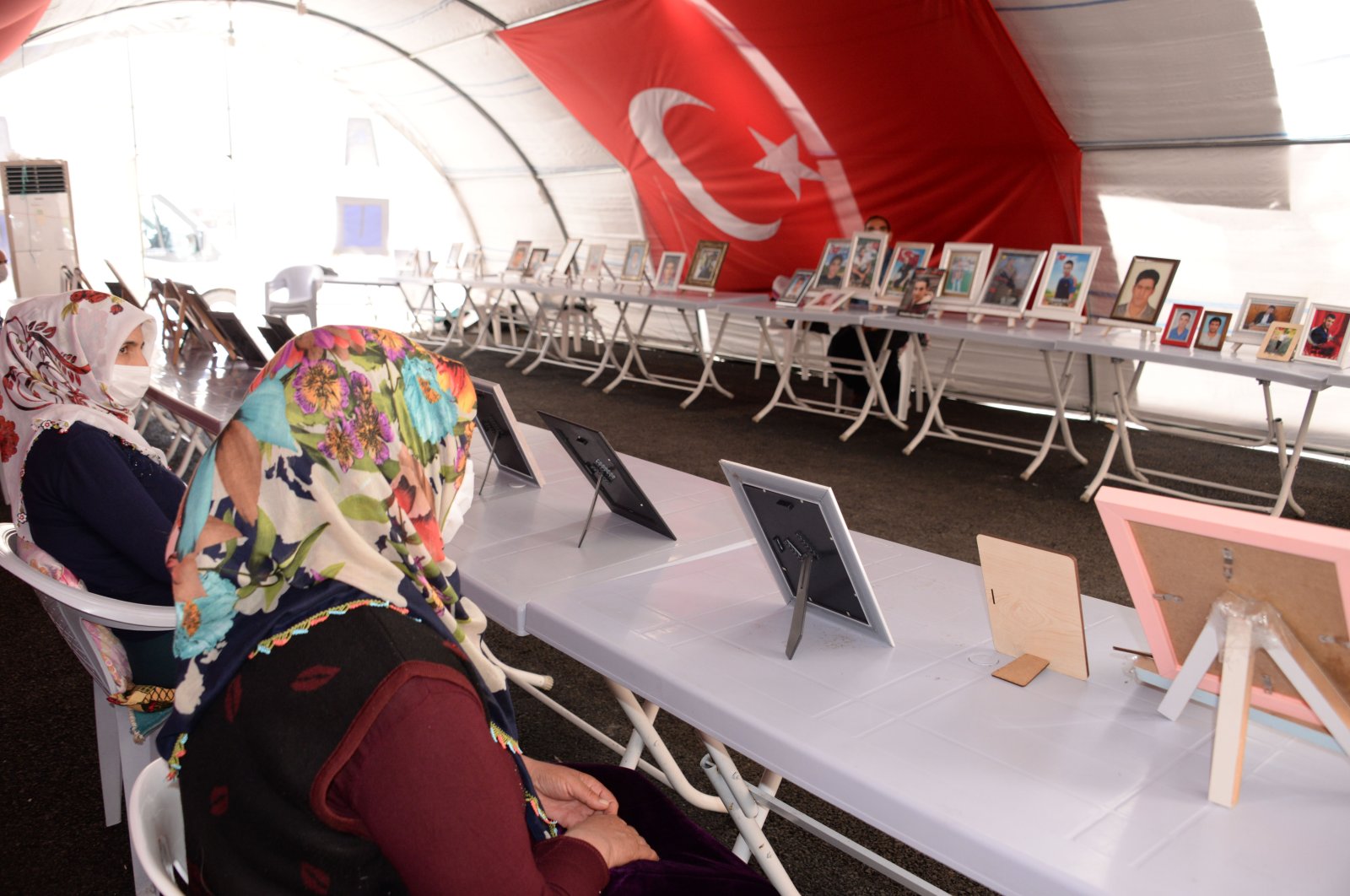 Kurdish mothers stage a sit-in protest outside the HDP building, a party that is considered to have links to the YPG/PKK terror group, Diyarbakır, May 19, 2020. (DHA)
by Anadolu Agency May 19, 2020 5:50 pm
RECOMMENDED

A sit-in protest against the YPG/PKK terror group continued Tuesday in the southeastern Diyarbakır province of Turkey, with parents demanding the return of their brainwashed and kidnapped children.

Protesters camped outside the offices of the Peoples' Democratic Party (HDP) vowed to stay until every child is brought back.

Dozens of mothers began protesting Sept. 3, 2019, outside the HDP building, a party that is considered to have links to the YPG/PKK terror group.

Kamile Küçükdağ's child was abducted in 2015 by the terror group at age 15 and she appealed to her son to surrender to security forces. "They have to bring our children back just as they kidnapped them," she said, pleading for the nation to pray for the children's' return on the holiest night for Muslims.

Laylat al-Qadr, or the Night of Power, is the 27th night of the holy month of Ramadan when the first revelation of the Quran was given to Prophet Muhammad. This year it will be observed Tuesday night in Turkey.

"They captured our children in the mountain and sentenced us to their doorstep," Küçükdağ said, and vowed that demonstrators will not leave until their kids return. Through tears, she accused the HDP of tricking her child into joining the PKK, and said the terror group's brainwashing of children has led to sadness for mothers.

Abdullah Demir, whose son was also abducted in 2015, stressed the families' determination to continue to demonstrate. "The grief of losing a child is tough," he said. "Eid is coming, we are here again. We cannot go to our house to celebrate our holiday," Demir said, adding his family has not celebrated the festive holiday marking the end of Ramadan since his son left.

In its more than 40-year terror campaign against Turkey, the PKK, listed as a terrorist group by Turkey, the U.S., and European Union, has been responsible for the deaths of 40,000 people, including women, children and infants. The YPG is the PKK's Syrian offshoot.