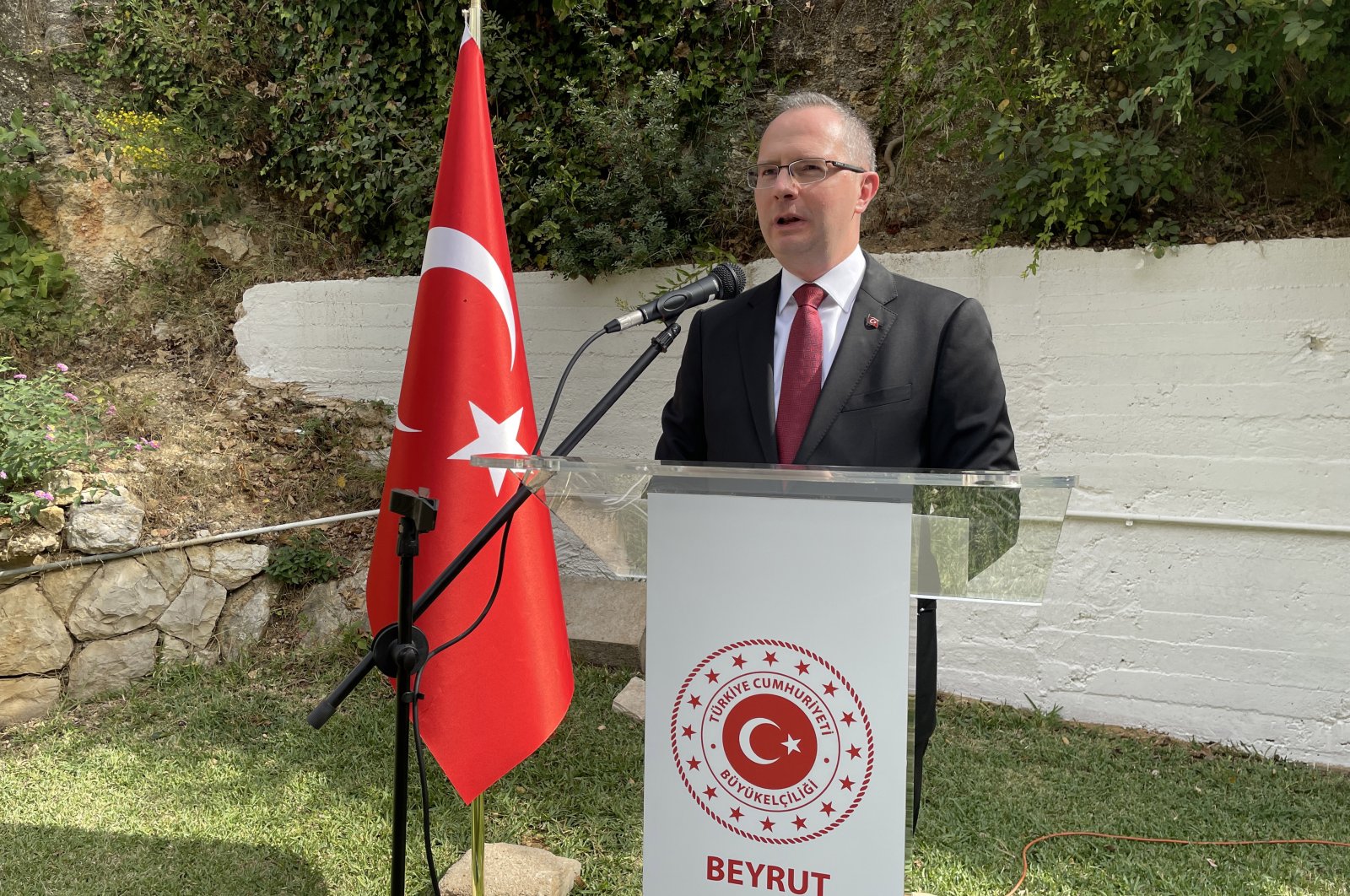 Turkey's envoy to Lebanon Ali Barış Ulusoy speaking at a reception on the 98th anniversary of the establishment of the Turkish Republic, on Oct. 29, 2021 (AA Photo)
by DAILY SABAH Nov 02, 2021 9:02 am
RECOMMENDED

In a letter sent to the newspaper's director Ghassan Hajjar, the ambassador said it was "very appalling" to see Annahar Al Arabi had published an exclusive interview with "one of the most internationally renowned terrorists." The article had been published on Oct. 27.

Ulusoy denounced the paper for agreeing to act as the "mouthpiece" of a terrorist organization, stating that by publishing such an interview it is "complicit in communicating its (the PKK's) black propaganda."

"At a time when Lebanon needs the support of its friends in the region, we consider this publication a very unfortunate move which has the potential to undermine its existing friendly and brotherly relations with Turkey," the ambassador wrote, in reference to Lebanon's political and economic woes.

He also stressed that the PKK terrorist group has posed an existential threat to Turkey for nearly four decades.

In the interview conducted by journalist Sarkis Kassarjian, who is known for his anti-Turkey stance, Bayık claims that the PKK has 1,500 "militants" inside Turkey and 2,500 more outside the country. The figures are likely inflated, as Turkey has marked notable success against the terrorist group in recent years, eliminating its members – or convincing them to surrender – while making it hard for the group to attract new recruits.

Bayık also alleged that due to intensive Turkish airstrikes, PKK terrorists are operating in small units.

In recent years, Turkey has stepped up operations at home and across its borders against the terrorist group and has also convinced an increasing number of members to abandon the PKK.