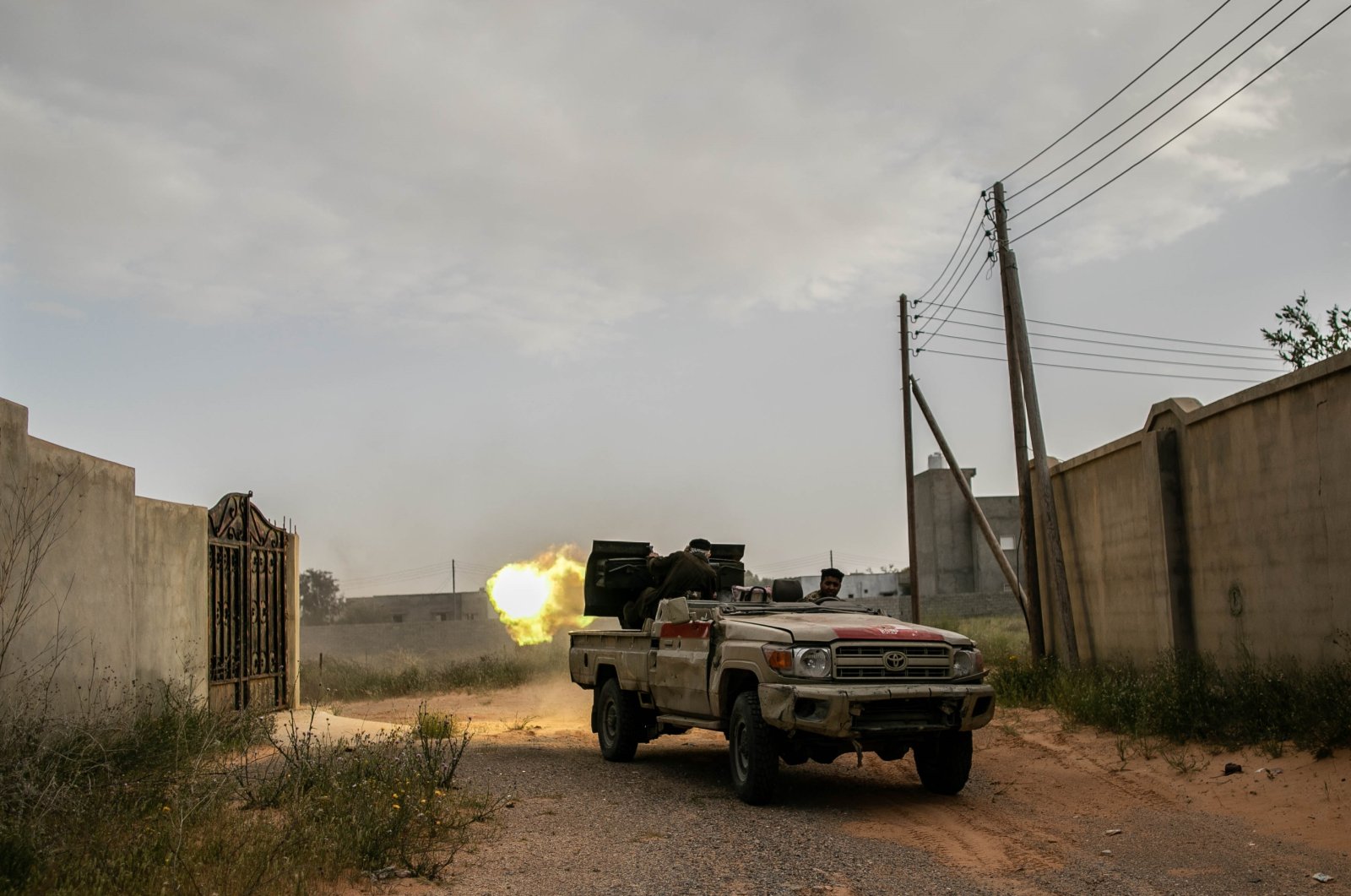 The Wing Loong II model drone was downed during a military operation of GNA forces near the capital Tripoli.

In response to Haftar militias' repeated violations of the cease-fire and attacks on civilians in Tripoli, the GNA last week launched an operation on several fronts, including an attack on an airbase held by their rivals west of Tripoli.

Two weeks ago, the warring sides publicly welcomed the United Nations' idea of a truce and expressed their commitment to a humanitarian pause in fighting so that authorities could focus on preventing the spread of the new coronavirus. There are fears that the global pandemic could devastate war-torn Libya, where the decadelong conflict has ravaged key infrastructure and created dire medical shortages.

However, fighting broke out again soon afterward as Haftar forces intensified their offensive on Tripoli. Haftar has been trying to capture the capital for almost a year with support from the United Arab Emirates (UAE), Egypt and Russia. Since last April, Haftar's military offensive against the GNA claimed the lives of more than 1,000 people.

Since the ousting of late ruler Moammar Gadhafi in 2011, two rival powers have emerged in Libya: Haftar in eastern Libya supported mainly by Egypt and United Arab Emirates and the GNA in Tripoli, which enjoys U.N. and international recognition.

The European Union also announced Tuesday the launch of a new naval mission in the Mediterranean Sea aimed at enforcing the U.N. arms embargo on Libya, after Italy blocked a previous operation claiming that the warships attracted migrants.