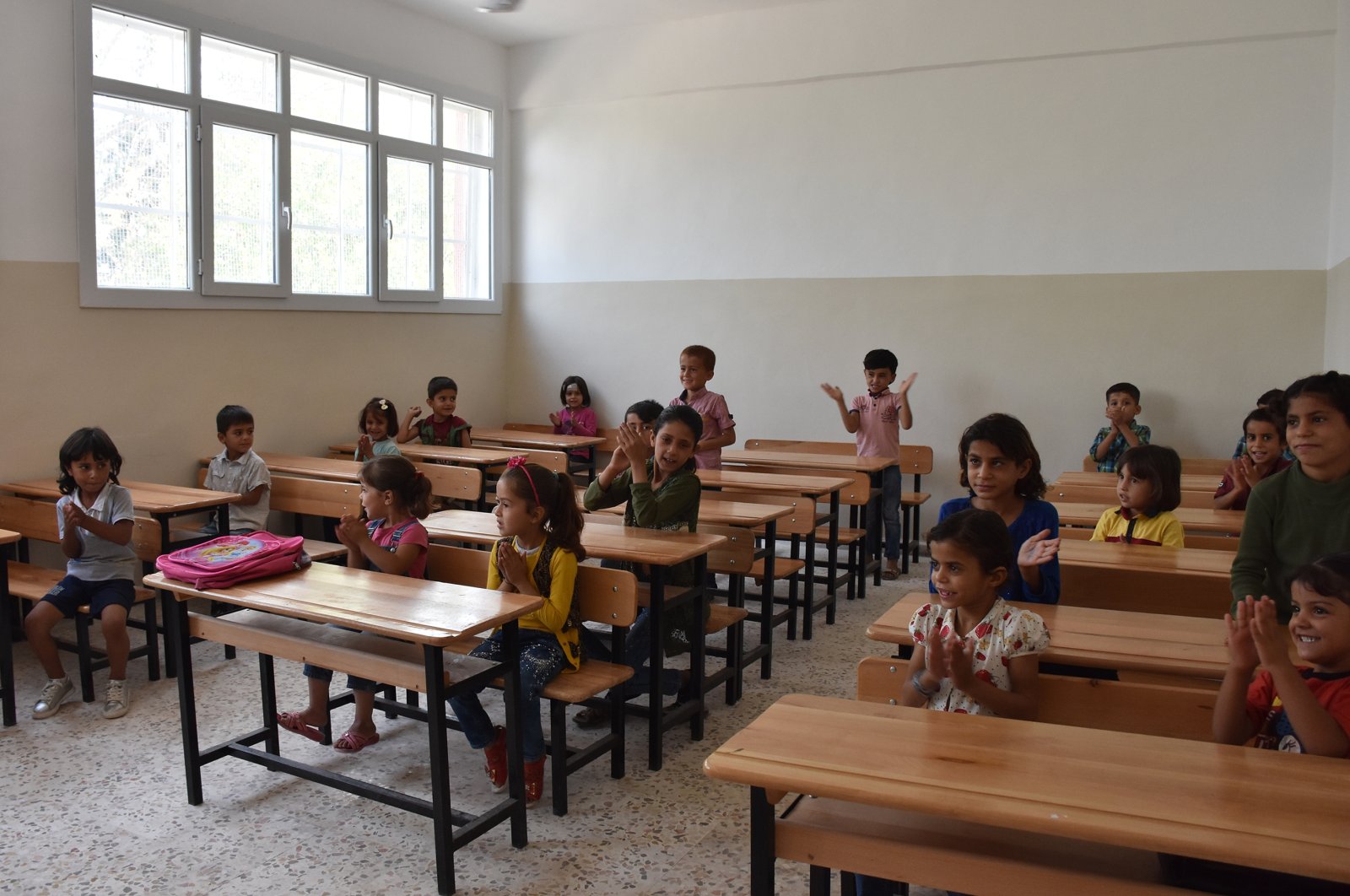 While it has been almost a year since the Turkish Armed Forces (TSK) liberated northern Syrias towns of Tal Abyad and Ras al-Ain from the oppression of terrorist groups, the local population in the region now lives in a secure and stable environment after thousands of people returned to their homes.

Local people are pleased that the days when the PKK terrorist groups Syrian branch YPG forcefully collected money and recruited children as soldiers are over. They have expressed their gratitude to Turkey for ending the terrorists' oppression and providing safety to the area.

Many people had to flee due to the oppression of terrorists. They could not come back to their homes and lands where they were born and grew up for years. In the absence of these people, terrorists seized their homes, cars and land. Following Operation Peace Spring, thousands of people have returned to their homes because they felt safe due to the presence of Turkey in the region. As they have come back, Tal Abyad and Ras al-Ain have returned to their old days, people in the region said, speaking to Demirren News Agency (DHA).

Turkey launched Operation Peace Spring on Oct. 9, 2019, to eliminate YPG/PKK terrorist elements east of the Euphrates to secure Turkey's borders, aid in the safe return of Syrian refugees and ensure Syria's territorial integrity. As part of the operation, Tal Abyad and Ras al-Ain were officially cleared of terrorist elements.

Another point they mentioned was that the YPG/PKK tried to change the demographic of towns by practicing discriminatory policies against the Arab population of the region. They forced Arab people to flee the region and excluded them from the decision-making processes, civilians said.

Local people living in areas held by the YPG/PKK have long suffered from its atrocities, as the terrorist organization has a notorious record of human rights abuses, ranging from kidnappings, recruitment of child soldiers, torture, ethnic cleansing and forced displacement in Syria. The YPG/PKK has forced young people from areas under its control to join its forces within the so-called "compulsory conscription in the duty of a self-defense law" since 2017. Under this practice, young people between the ages of 18 to 30 are forcefully recruited for nine months, with the possibility of an extension, if necessary. Those who refuse to join the group "face serious repercussions," including imprisonment.

Locals also said that while the terrorist group increased its oppression ahead of Turkeys cross-border operation, they planted explosives and converted many schools and other public buildings into military bases, with some even hosting tunnels for terrorists to hide in and escape.

Since Operation Peace Spring's successful completion, Turkish soldiers and institutions have implemented a wide range of measures to eradicate traces of terrorism in the liberated Ras al-Ain and Tal Abyad districts by repairing hospitals and schools, demining the region and most recently, providing vital COVID-19 aid.

We lacked all public services when the region was under the control of terrorist groups for years. However, we experienced a radical change and transformation following Operation Peace Spring. Turkey repaired public buildings, including hospitals and schools, and offered them to our service. We are very happy that our towns, which were demolished by terrorists, have been rebuilt in a few months," Syrian people said.

In its more than 40-year terror campaign against Turkey, the PKK listed as a terrorist organization by Turkey, the United States and the European Union has been responsible for the deaths of 40,000 people, including women and children.