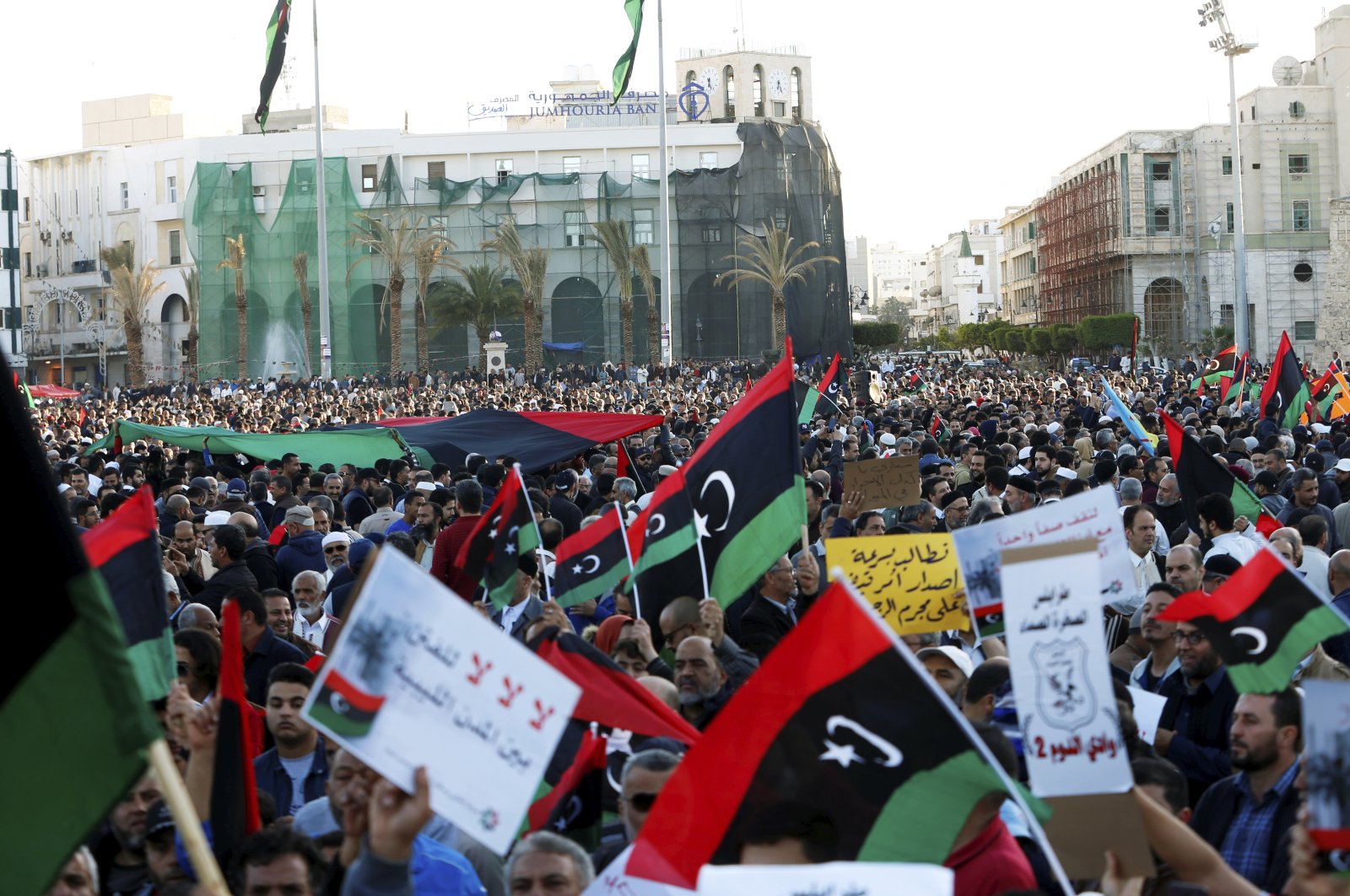 During the meeting, Haftar reportedly agreed to sign a cease-fire agreement but said he would withdraw if the cease-fire is violated by the Tripoli-based, U.N.-recognized Government of National Accord (GNA).

Haftar "assured that he was ready to sign the cease-fire document, but this commitment would end if the militias do not respect it," an Elysee Palace official said after the hourlong meeting, which was not announced on Macron's agenda.

On Tuesday, Haftar also met with German Chancellor Angela Merkel in Berlin for talks on the conflict in Libya, the German government said.

"The chancellor stressed that there can be no military solution to this conflict and that for this reason a cease-fire and progress in the political process are necessary," the government spokesman said in a written statement.

Haftar's forces in Libya's east have been battling the GNA for control of the war-torn country since last April.

Their advance has stalled outside Tripoli, and representatives from both sides agreed to finalize a new cease-fire deal this month after recent talks in Geneva.

But a previous cease-fire brokered by Turkey and Russia last January has repeatedly been violated, raising doubts about whether a lasting truce will be reached.

Paris is backing the U.N.'s push for talks between the warring rivals, and Macron met separately with Haftar and GNA leader Fayez al-Sarraj in Paris last May.

While France says it favors neither leader, it has made clear it views Haftar as a key player for rebuilding Libya.

"Haftar is one of the main actors on the Libyan political scene and must be taken into consideration," the French presidential official said.

The official said there were no plans for Macron to meet or speak to the head of the Tripoli government, al-Sarraj.

There are claims that the Rafale-type warplanes France sold last year to Egypt – a Haftar ally – were used to support Haftar while missiles found in a camp of Haftar's forces reportedly belonged to France.

They also discussed the intervention of foreign nations in the Libya conflict, after world leaders agreed in Berlin in January to end all foreign interference and uphold a weapons embargo.

Despite a peace conference held in Berlin in January, violence has increased in Libya, with combatants in the west and east preparing for a long conflict as foreign weapons flood in, eastern factions close oil ports and rival alliances wrangle over revenues from Africa's largest petroleum reserves.

Several countries backing rival factions in Libya have violated an arms embargo, according to the U.N. After the Berlin conference, the violations increased and the U.N. denounced them without naming countries.

The United Arab Emirates and Egypt support Haftar, while the GNA is backed by Turkey, Qatar and Italy. France has been accused of lending political support to Haftar, but Paris has denied this. Haftar is also supported by Russia, though Moscow has denied claims that it has sent thousands of Wagner Group mercenaries to bolster his offensive against Tripoli.