Moms in Turkey, Germany condemn PKK’s abduction of their children 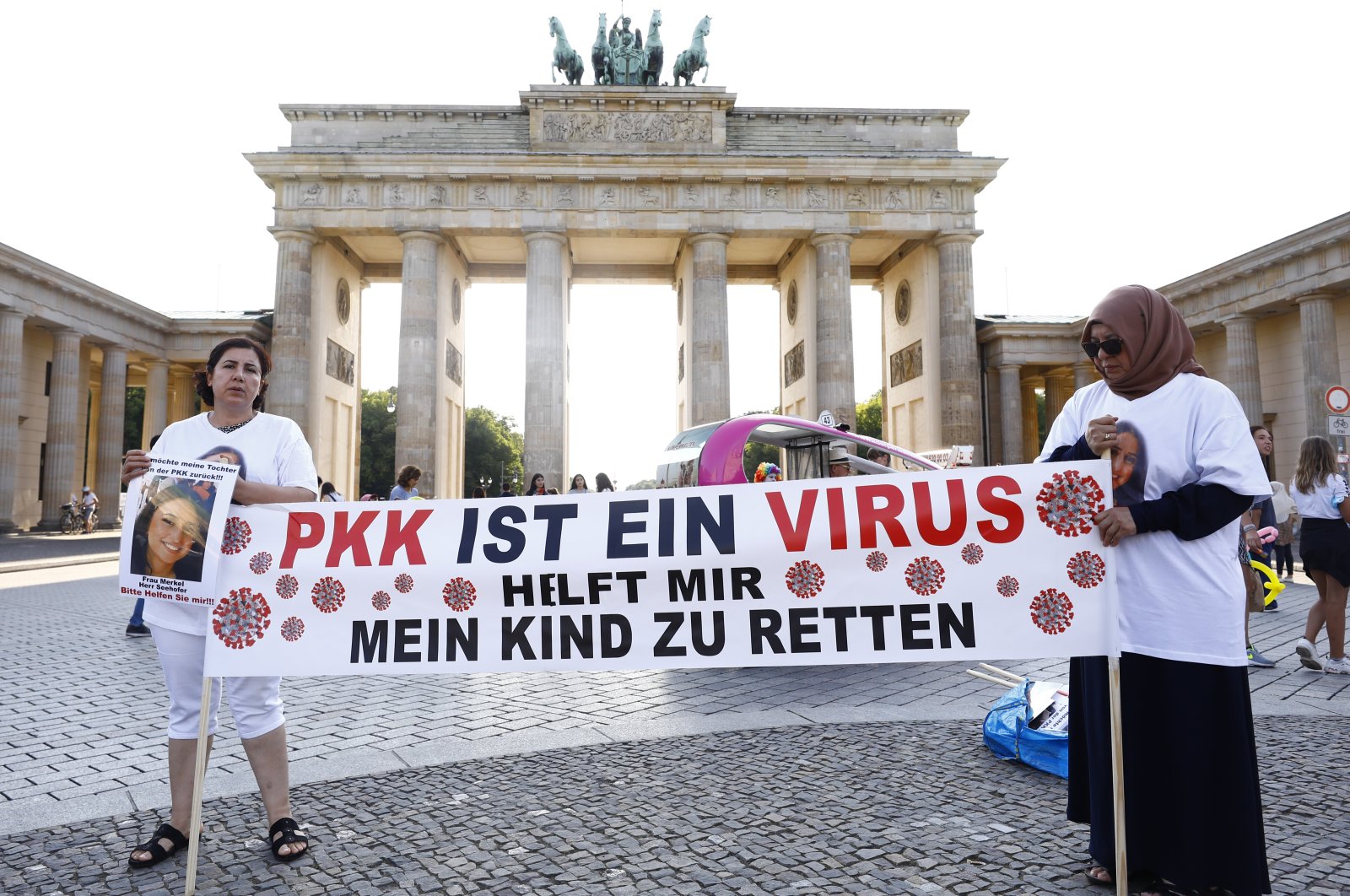 Two mothers, two daughters, two countries – but they all face a similar evil: abduction by PKK terrorists. Mothers living in Turkey and Germany are longing for their children's return and demand the group free them

Even though the moms live thousands of kilometers away from each other, they are close in the heart as both suffer from the longing for their children, who were abducted by the brutal PKK terrorist group, which is notorious for kidnapping underage children to forcefully recruit them, in violation of international laws, which says the group is committing war crimes.

Criticizing officials of the pro-PKK Peoples’ Democratic Party (HDP), Türkan M. told Anadolu Agency (AA): “They should not even bother to fight for our rights. While our kids are being kidnapped, their children are receiving education abroad."

Saying that her 17-year-old daughter was brainwashed by the HDP and taken to the mountains to fight in the ranks of the PKK, Türkan M. said that the party sent two officials to her home to discuss the matters surrounding her daughter.

“While we were living in Istanbul, they came and asked about Şeyma,” she said.

“They asked where she was studying and what she was doing. They said the prep school Şeyma was attending was near the office of the HDP. On that very day, they destroyed everything we had, our family, our household, everything; but we were not aware of that,” she said, adding that she had no idea her daughter was being brainwashed and was about to join the ranks of the PKK.

“They brainwashed her, provided her some (pro-PKK) books,” Türkan M. said. “I apparently was blinded. I was not aware of anything at that time."

“May nobody experience such sorrow,” she added.

'I lost my mind when I saw her on TV'

Türkan M. said that her daughter had had success on her university entry exam and was to be enrolled in Balıkesir University, in the namesake western province.

“I gave her some money for her to go shopping. Her older sister and brother would take her to Balıkesir later. How can someone preparing to enroll in college do such a thing? Allah knows what happened, maybe they drugged her, maybe they forced her. I don’t know how it happened. I’m taking into consideration every possibility,” she said.

“I undertook my duty. I struggled in front of the HDP office. Later I learned that they took her to Diyarbakır and kept her for a month there. I pressured them to bring her back to me. One of them said they would, but they did not. They did not even let me meet with her. I struggled a lot. Once I saw her on television, I lost my mind,” Türkan M. said.

“I slept in mosques in Suruç (a district of southeastern Şanlıurfa province on the border) to be able to pass into Syria,” she said, pointing to the possibility that her daughter was taken to the war-ravaged country to fight for the PKK's Syrian branch, the YPG terrorist group.

“People were fleeing from Syria, and I was trying to get there," she said.

'We are traitors in their eyes'

“We only want our children back but we are traitors in the PKK’s eyes, we are bad people in their opinion. But I will never let Şeyma go until the very end of my life. As I’m suffering here, I’m sure Şeyma suffers there too. They should hear our voices and send our children back. They are claiming to ‘fight for the rights of the Kurds.’ Do not take my child from me, do not make me go through such suffering. And do not fight for my rights, I don’t want it. God willing, we will be reunited,” Türkan M. said.

She also called upon one of the HDP deputies to take action.

“HDP deputy Hüda Kaya fights for women’s rights in Parliament. She speaks up against domestic violence. But nobody sees their own fault. I would like her to come to me and talk to me. Her party abducts children, gives them weapons instead of pens, to make them kill or die. Isn’t that murder?” Türkan M. asked.

“Both domestic violence and armed fighting are terror. Aren’t thousands of women, thousands of daughters dying because of terror?” she added.

“Hear our voice. Those supporting the PKK and terror say they are struggling for the rights of Kurds. But no HDP deputy can say ‘My child is alongside Şeyma. I took the pen from her and gave her the weapon.’ No, they cannot say this. They send their children to study abroad, but they take advantage of the children of poor people like me,” she said.

Another mother in Berlin continues her struggle

Another mother, Maide T., is continuing to fight for the return of her daughter. Carrying a sign reading, “PKK is a virus,” she has been protesting in front of the Brandenburg Gate.

Speaking to journalists, the Turkish-German mother said that she is in touch with the German police to find her daughter.

Adding that another child abducted by the PKK was saved thanks to the efforts of British officials, she added that she expects the same efforts from the German officials.

“I told the police that if they did not help me, I was going to burn myself in front of the Chancellery and that would be a stain on Germany’s legacy,” Maide T. said.

Meanwhile, she held a videoconference with yet another mom, who continues protesting in front of the HDP’s local headquarters in southeastern Diyarbakır province. Speaking to Ayşegül B., whose son Mustafa was also abducted by the PKK, the mothers promised to help each other. Maide T. also carried Mustafa’s picture during her protest.

Maide T. lost contact with her daughter on Nov. 12, 2019, when her daughter told her she was going to school.

Maide T. has previously protested in front of foundations and institutions known for their close links to the PKK and demanded her daughter’s release.

Kurdish mothers whose children were abducted by the YPG/PKK have been staging a sit-in protest in southeastern Turkey’s Diyarbakır city in front of the HDP headquarters for over 10 months.

Human Rights Watch also documented that the terrorist group continues to recruit children despite objections from families and prevents parents from getting in touch with their kids.

The PKK is recognized as a terrorist group by Turkey, the European Union, the U.S. and many other countries.

In its brutal warfare spanning decades, the group killed tens of thousands of soldiers and civilians, including children and women.