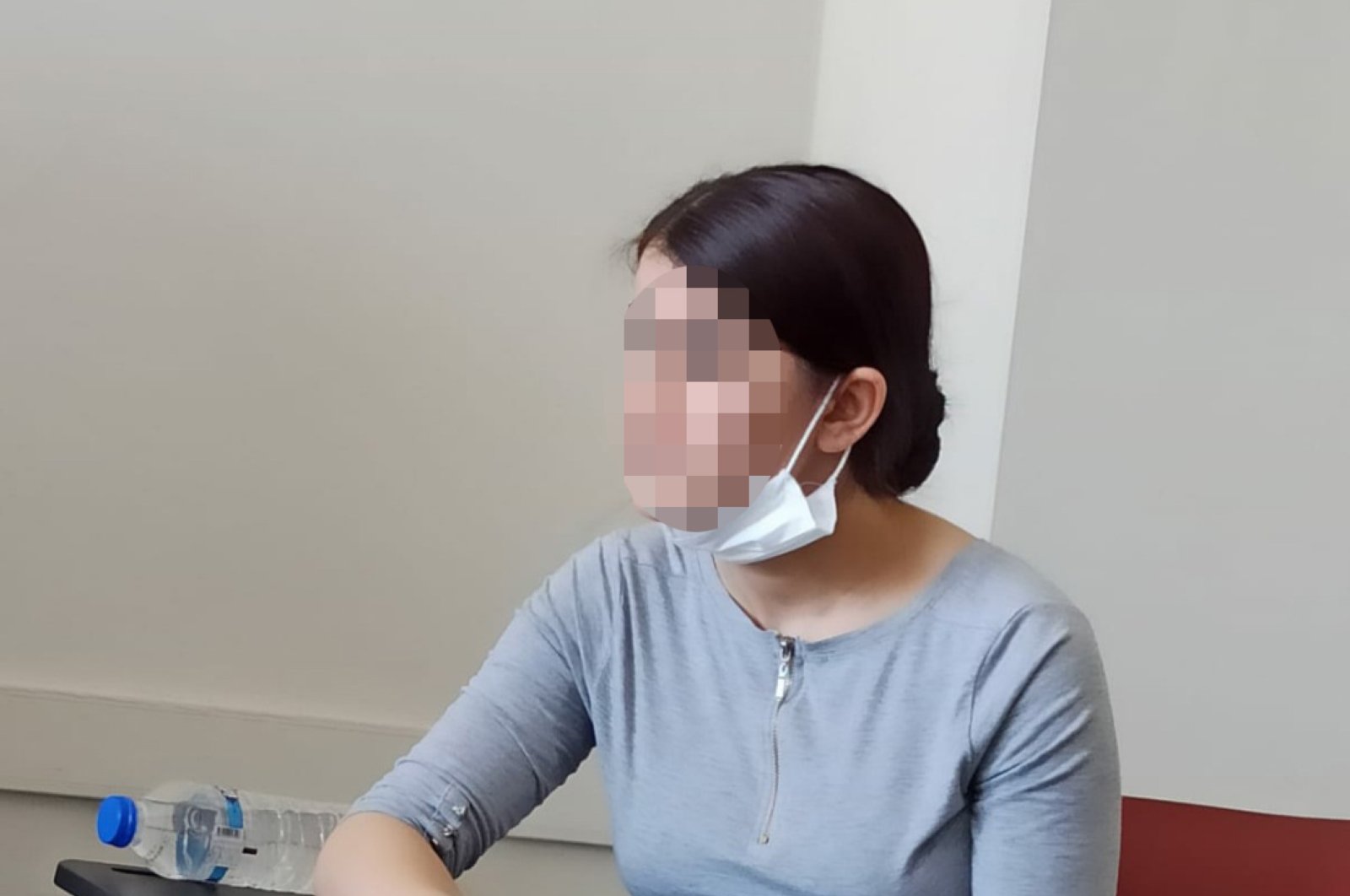 The niece of the former head of the Democratic Union Party (PYD) – a Syrian affiliate of the PKK terrorist organization – surrendered Saturday in southern Mersin province following efforts made by security forces to persuade PKK members to hand themselves over to judicial authorities.

Dalya Mahmut Muslum, 21, was not only a relative of former group leader Salih Muslum but served as the personal bodyguard of Gülten Alataş, a PKK terrorist sought with red notice. Muslum is reportedly pregnant and surrendered together with her husband. The latest report brings the total number of PKK terrorists who have laid down their arms this year to 110.

Muslum has reportedly delivered information to security forces regarding PKK’s connections in Europe, its extensions and the latest developments in the group's camps.

She has also informed authorities that the U.S. and France have provided drone training to PKK terrorists in camps in Syria.

According to information obtained from the Interior Ministry by Anadolu Agency (AA), Muslum has stated that her father, Mahmut Muslum, promised to "gift" a child to the terrorist group and that that was why she had to join back in 2013 when she was only 14 years old.

After joining the group, she said that she was first kept in the "child camp" in the eastern Syrian province of Qamishli.

She stayed there for seven months, witnessing multiple meetings between several PKK heads, including Murat Karayılan, Cemil Bayık and Duran Kalkan, before moving to the headquarters of the PKK's armed women's wing, YJA-Star, Muslum said. PKK leaders frequently meet at this base using Turkish in all their meetings and notes.

She also reported that there were ideological disagreements and fights between those who joined the terrorist group from Turkey and Syria.

Informing authorities that YPG units located near the Turkish border were routinely inspected by the terrorist group's women wing, Muslum said that the PKK was forcibly collecting a TL 100 "tax" from every household in the area. She added that one child from each household had been forced to join the group.

Salih Muslum joined the PKK's Syrian offshoot, the PYD, in 2003 and served as its co-chair between 2010 and 2017. The PKK is listed as a terrorist group by the U.S., the European Union and NATO.

Turkey had issued arrest warrants and subsequent red notices for Muslum and 47 other high-ranking PKK figures in Nov. 2016, while a new red notice was issued for Muslum on Feb. 13 after his inclusion on a list of most-wanted terrorists with a bounty of TL 4 million ($583,000) on his head.

A significant number of suspected terrorists have started fleeing the PKK and surrendering while many terrorists lack the courage to leave the group because they would face severe punishment if caught. More than 235 members surrendered to Turkish security forces in 2019. Once they surrender, former recruits are provided with many opportunities, including the right to an education and the freedom to live without fear and oppression.

On Sunday, another YPG/PKK terrorist by the initials of S.T. also surrendered to Turkish security forces in southeastern Mardin province.

Meanwhile, almost a yearlong protest by Kurdish families in southeastern Diyarbakır province whose children have been forcibly captured by the terrorist group has also started to bear fruit.

Fourteen young people have rejoined their families after fleeing from the PKK so far, offering hope to the 127 families that have been protesting the abduction of their family members at the People's Democratic Party (HDP) headquarters.