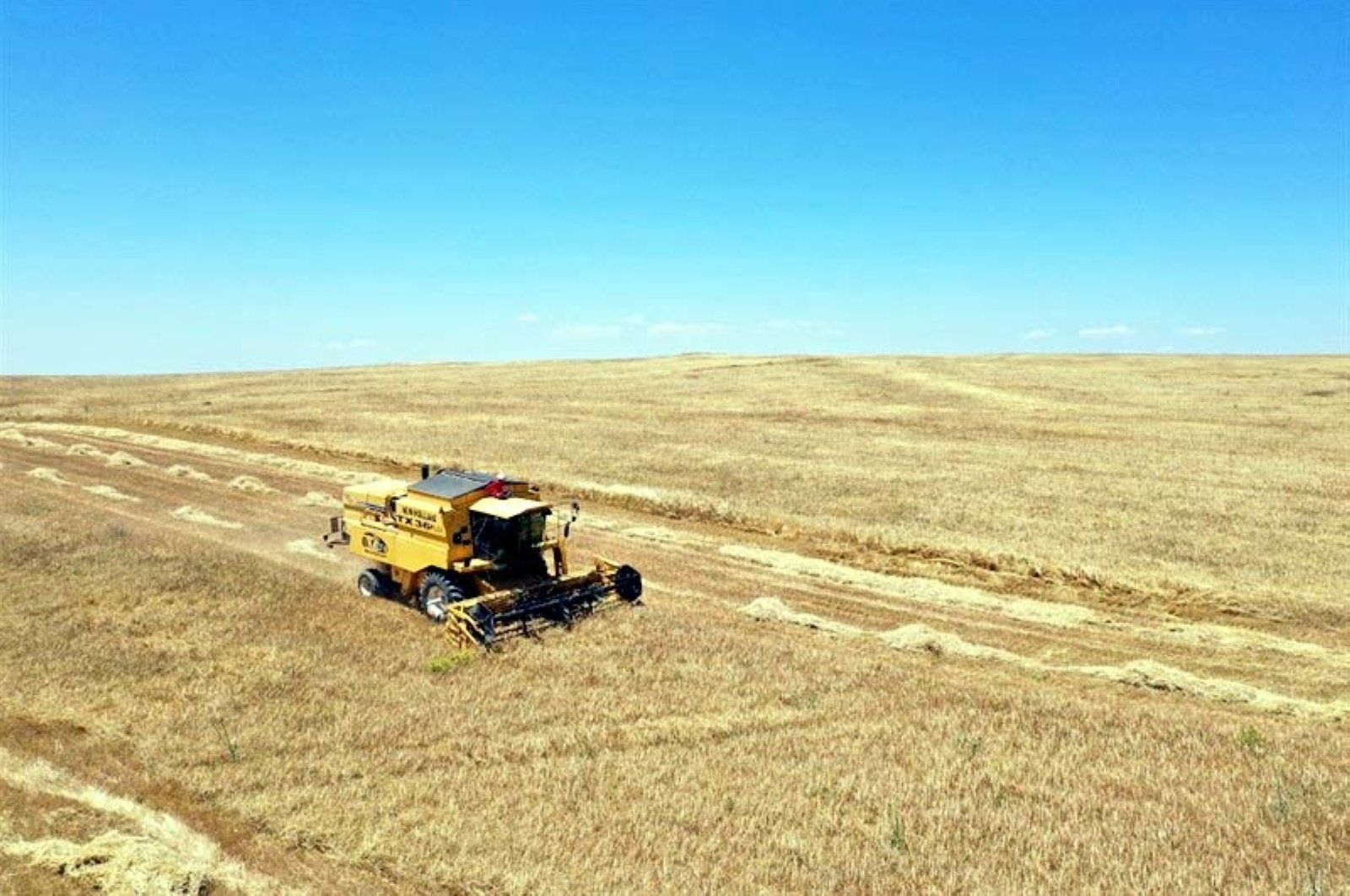 Business life and trade are resuming in northern Syria’s Tal Abyad as thousands of people return to their homes following the liberation of the town from the occupation of terrorist groups.

In the past, locals in Tal Abyad had to cooperate with the PKK terrorist group’s Syrian branch, the YPG, to continue their economic activities. The town was cleared of PKK/YPG terrorists during Turkey's Operation Peace Spring last year and since then, merchants have begun selling their products to Turkey at reasonable prices.

Previously, locals were forced by the terrorists to sell their products to the areas controlled by the PKK/YPG at very low prices. The terrorists, in turn, sold materials like fertilizers at exorbitant prices to farmers.

While production and trade continue to revive, a chamber of industry and trade was also established in the town. The chamber’s president, Abdulaziz al-Faris, said that trade in the town was controlled by terrorists for many years during the PKK/YPG occupation. Stating that terrorists did not allow anyone to conduct economic activities freely, al-Faris added: “During the YPG occupation, you had to be Kurdish to conduct trade. They did not allow Arabs and Turkmens to do business. Arabs and Turkmens could do business if only they partnered with Kurds. In fact, you had to be a partner with YPG commanders, not Kurds, in order to conduct trade. Products here were sent to Raqqa for cheap prices. Products coming from Raqqa were also sold here for high prices.”

Pointing out that PKK/YPG commanders were the ones who controlled business in Tal Abyad during the occupation, al-Faris said: “Before Operation Peace Spring, people in Tal Abyad were under oppression. This is an important agricultural center, but the trade of these products could not be made for years. There were several merchants here during the YPG occupation. They were all YPG commanders. They did not allow people to do business. The trade activities here were under the occupation of terrorists, as our town was.”

Tal Abyad is populated mostly by Arabs and was occupied by the Daesh terrorist group in 2014. A year later, the PKK/YPG took control of the town with the support of the U.S.-led coalition. Tal Abyad was later cleared of terrorists with Operation Peace Spring on Oct. 13, 2019.

Al-Faris stated that the destitute locals of Tal Abyad were forced to comply with the demands of PKK/YPG terrorists in order to survive financially. “Terrorists persecuted people here for years. They forcefully recruited children as soldiers and sent them to the frontline. They used children to intimidate people. Then, they sold everything for high prices and made people poor. Unemployed people followed their orders in order to earn a livelihood.”

Another point al-Faris mentioned was the radical positive change in the town following Operation Peace Spring. “People now go outside feeling safe. They know that their children will not be abducted or forced to fight... With the opening of the border gate, our trade life has been revived with an environment of peace and safety. We are grateful to Turkey for saving us from terrorists and providing Tal Abyad welfare by providing the conditions for trade.”

He also said that there are currently 157 members registered in the chamber, and most of them export grain products to Turkey.

After liberating the town from the PKK/YPG last year, the Turkish military rolled up its sleeves to launch a normalization period in Tal Abyad, which borders the Akçakale district of southeastern Turkey’s Şanlıurfa. Since then, Turkish troops and organizations implemented a wide range of measures to eradicate traces of terrorism in the liberated towns by repairing hospitals and schools, demining the region and most recently, providing vital COVID-19 aid.