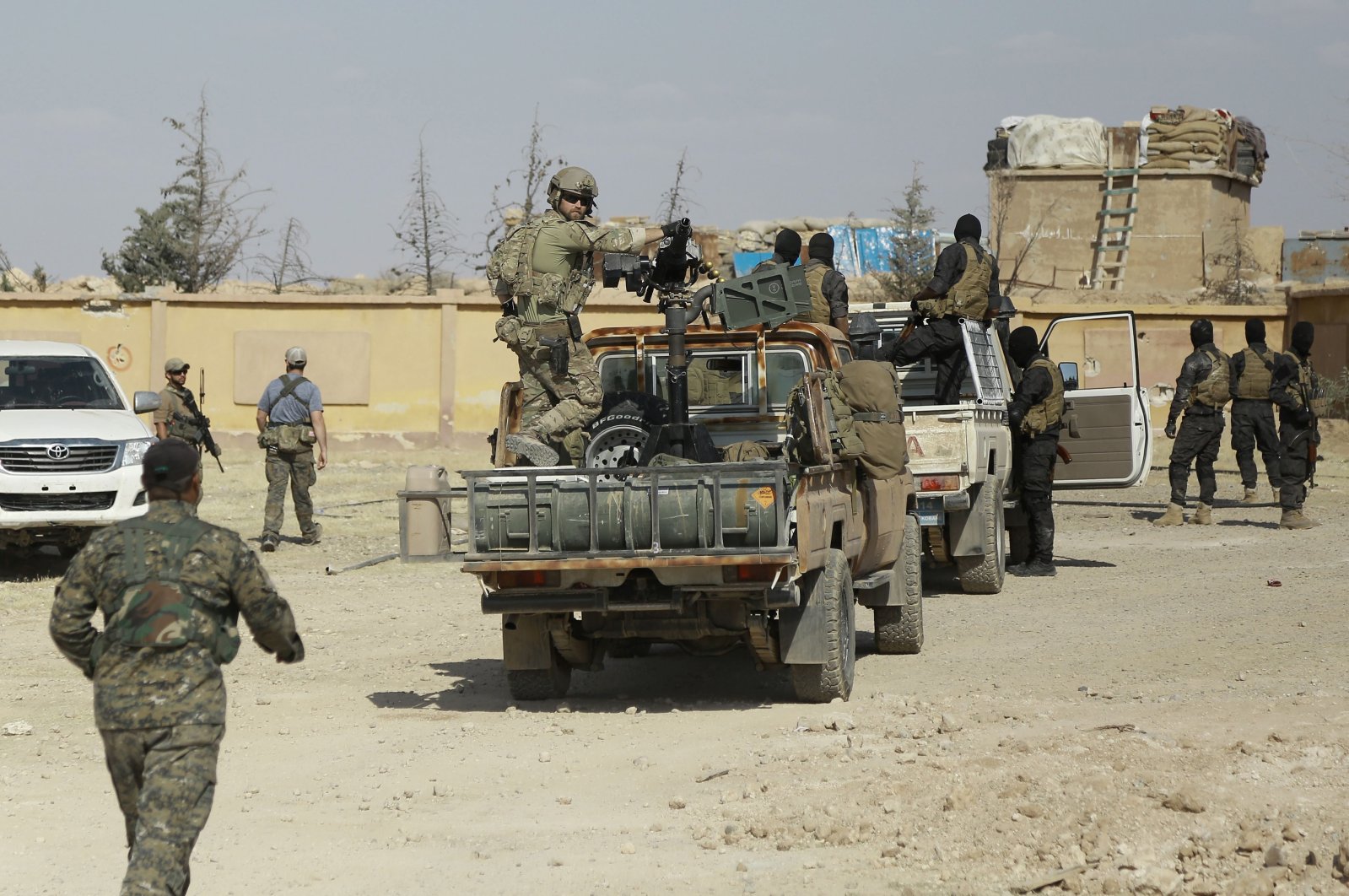 SDF, primarily made up of YPG/PKK terrorists, patrols in the village of Fatisah in the northern province of Raqqa, Syria, May 25, 2016. (AFP File Photo)
by daily sabah Sep 02, 2020 12:10 pm
Edited By Nurbanu Tanrıkulu Kızıl
RECOMMENDED

Former U.S. President Barack Obama pushed Washington into an alliance with the YPG/PKK terror group in Syria, disregarding Turkey’s legitimate concerns, according to a senior fellow at the Hudson Institute think tank in Washington, D.C.

Doran noted that Washington needs to cooperate with countries that can protect its interests on the field, maintain stability and reflect the power of the U.S. Turkey is a leading example of one such nation.

He continued by noting that the U.S. provided assistance to the YPG/PKK, parallel to the stance of Russia and Iran in Syria.

Doran also argued that the U.S. needs to respect Turkey regarding its concerns and that Washington’s failure has caused irreparable damage to the relations between the two countries.

With regards to Democratic presidential candidate Joe Biden’s previous remarks about supporting opposition parties to defeat President Recep Tayyip Erdoğan, Doran said the U.S. “does not have an Erdoğan problem,” but it has a “Turkey problem” created to a large extent by Washington itself.

The PKK, which is listed as a terrorist organization by Turkey, the U.S. and the European Union, has waged a terror campaign against Turkey for more than four decades and has been responsible for the deaths of nearly 40,000 people, including women and children. The YPG is the Syrian offshoot of the PKK.