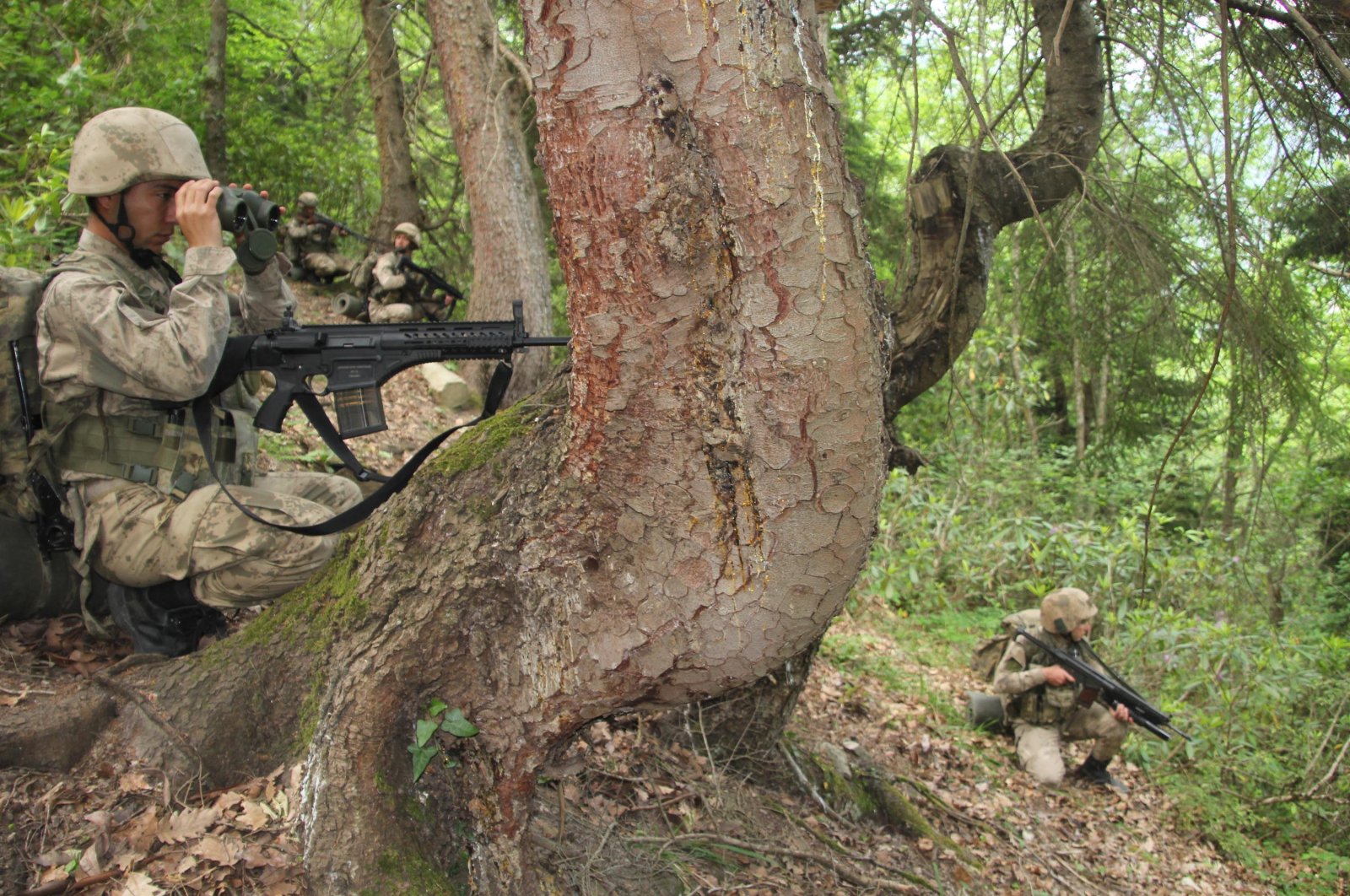 Turkish security forces regularly conduct counterterrorism operations against PKK terrorists both within the country and near its borders. (DHA Photo)
by DAILY SABAH WITH AA Sep 09, 2020 10:56 am
RECOMMENDED

For months, the PKK terrorist group intentionally covered up the news that one of its senior members had been killed by Turkish security forces, security officials told Anadolu Agency (AA).

On Nov. 26, 2019, the Turkish Armed Forces (TSK) and the National Intelligence Organization (MIT) targeted terrorist Abdulrehman Hamo, code-named Dozdar Hamo, in a joint anti-terror operation in the Qandil region of northern Iraq, where the PKK has its headquarters.

Observing the PKK after Hamo was killed, the MIT found that it hid the news, saying "he is now in charge of another area" or has been "carrying out a secret mission," said the sources, who asked not to be named due to restrictions on speaking to the media.

After joining the group in 1990 in Syria, Hamo received training from Abdullah Öcalan, the now-jailed ringleader of the terror group.

While the motive for covering up Hamo's death is unknown, Turkish officials in recent months have characterized the group as being near its last legs, losing members who surrender to Turkish forces while being unable to recruit new ones.

Turkey has also launched several operations this year designed to eradicate the terror group. Security forces regularly conduct cross-border operations targeting PKK hideouts and bases in northern Iraq, from which they carry out attacks on Turkey. Turkey has long been stressing that it will not tolerate threats posed to its national security and has called on Iraqi officials to take the necessary steps to eliminate the terrorists. Ankara had previously warned that if the expected steps were not taken, it would not shy away from targeting the group. Iraq's Kurdish Regional Government (KRG) also previously called the PKK's presence in the region unacceptable and urged the militants to leave the area.

In its more than 40-year terror campaign against Turkey, the PKK – listed as a terrorist organization by Turkey, the United States and European Union – has been responsible for the deaths of 40,000 people, including women and children.