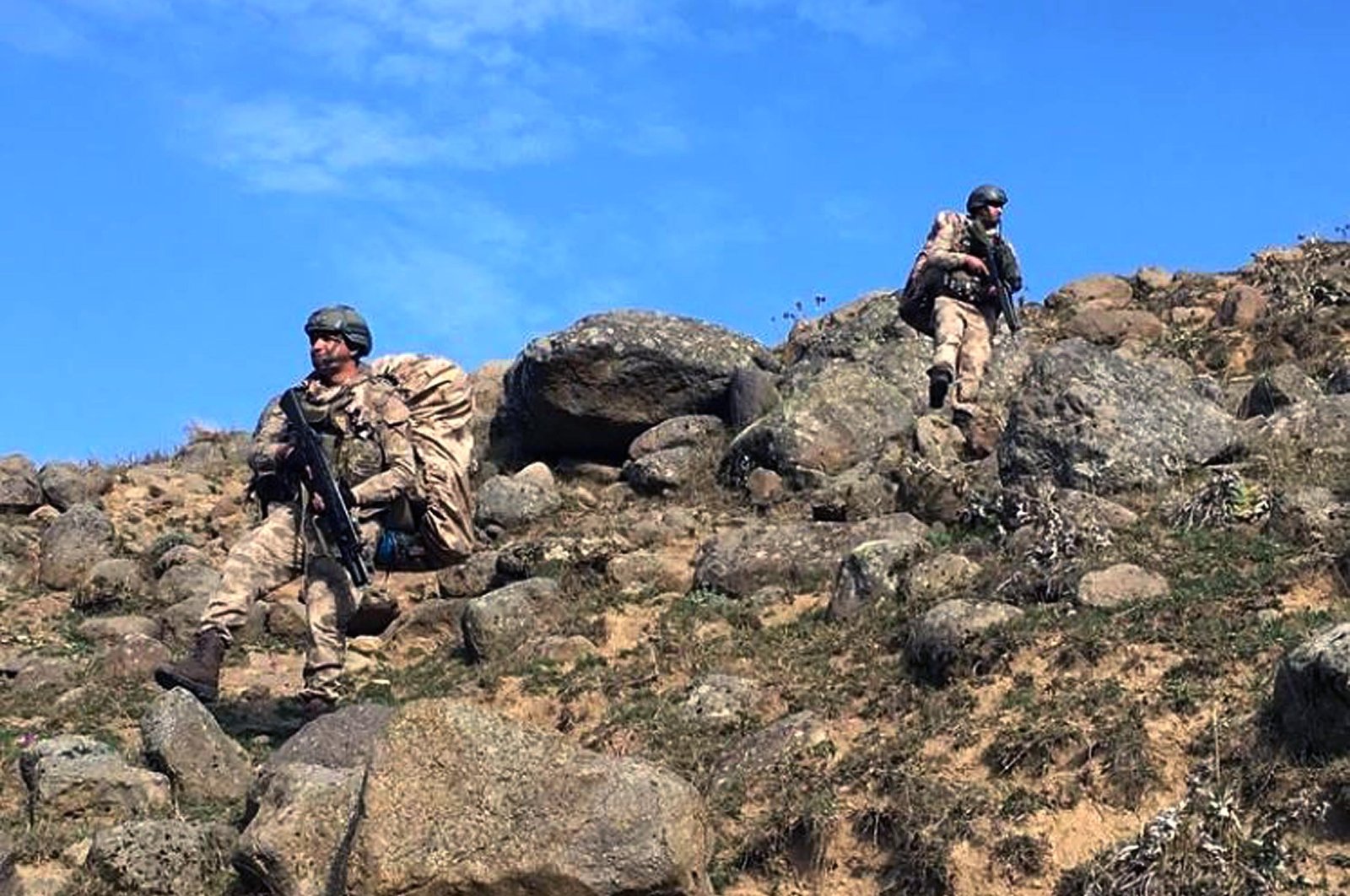 Turkish security forces regularly conduct counterterrorism operations in the eastern and southeastern provinces of Turkey where the PKK has attempted to establish a strong presence.
by DAILY SABAH WITH AA Jul 07, 2020 11:36 am
RECOMMENDED

A PKK terrorist has surrendered to Turkish security forces, according to the country's National Defense Ministry on Tuesday, while two others have been killed in southeastern Turkey.

The terrorist surrendered to Turkish commandoes near the Iraqi border in southeastern Hakkari province, the ministry said on Twitter.

"Escapes from the terror organization continue. A PKK terrorist in Hakkari-Aktutun surrendered to our commandoes. A hand grenade, an umbrella, other personal belongings and a backpack were seized during a body search," it said.

With the latest laying down of arms, the number of terrorists who surrendered through persuasion has risen to 95 in 2020.

The Interior Ministry, on the other hand, announced the killing of two PKK terrorists during an air-backed operation in rural areas of Hakkari province

Anti-terror operations are ongoing in the region, it added.

An anti-terror operation was launched in a rural area of the Başkale district to locate stockpiles and hideouts of the terror group.

Two AK-47 rifles and some 7.62 mm cartridges were confiscated during the operation.

There has been a surge in the number of terrorists laying down arms and surrendering to Turkish security forces following this series of successful domestic and cross-border anti-terror operations while the number of people who join the terrorist group drops every year.