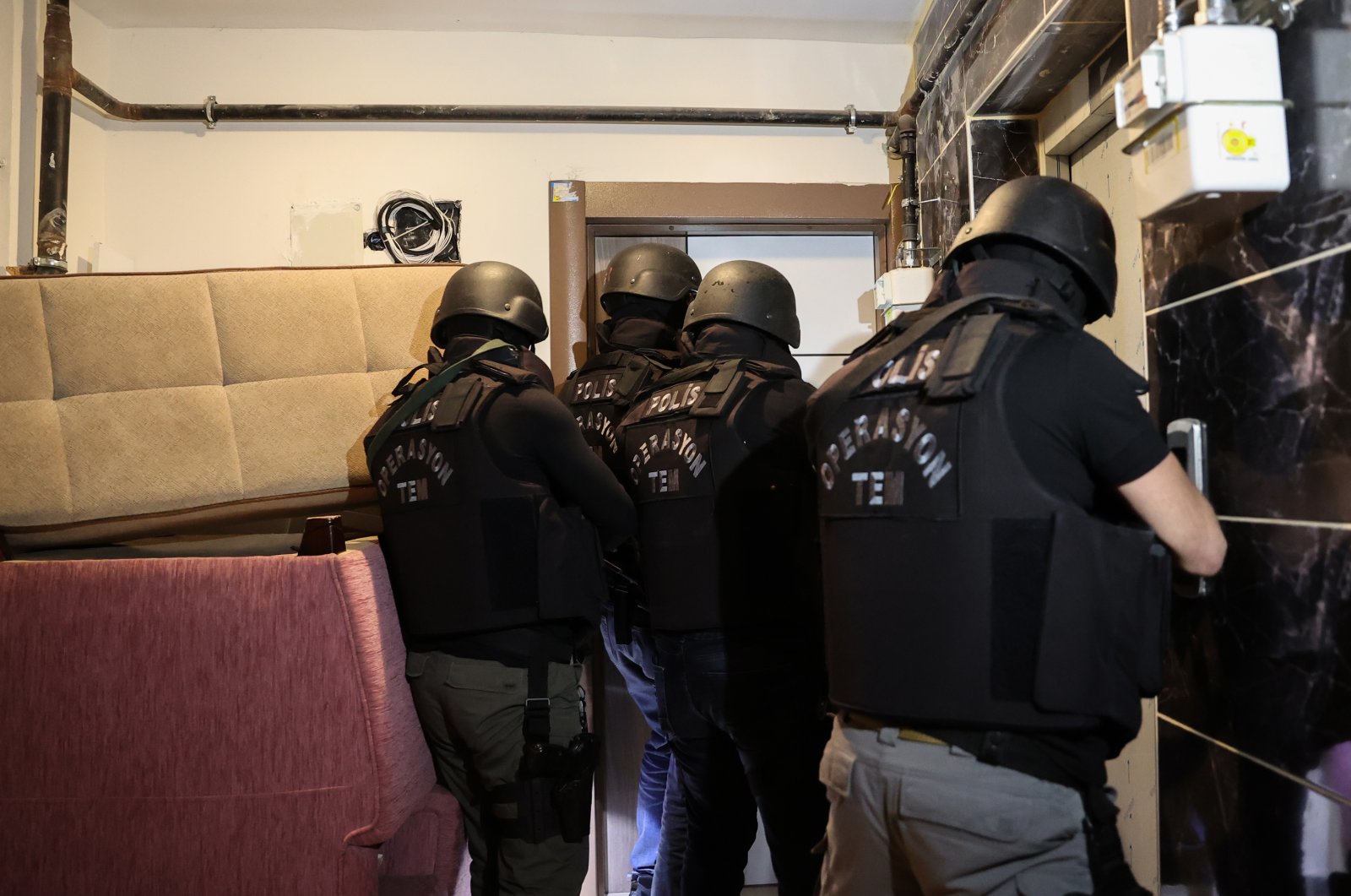 Counterterrorism squads enter the home of a suspected Daesh terrorist in Istanbul, Turkey, on Dec. 16, 2020 (AA Photo)
by Daily Sabah with Agencies Dec 16, 2020 8:46 am
Edited By Nurbanu Tanrıkulu Kızıl

Counterterrorism squads from Istanbul Police raided 11 addresses in nine districts, upon finding out that the terrorists were planning to carry out attacks, Ihlas News Agency (IHA) reported.

Police confiscated digital materials and organizational documents in the raid, the report added.

The suspects were taken to the Istanbul Security Directorate after going through routine health checkups.