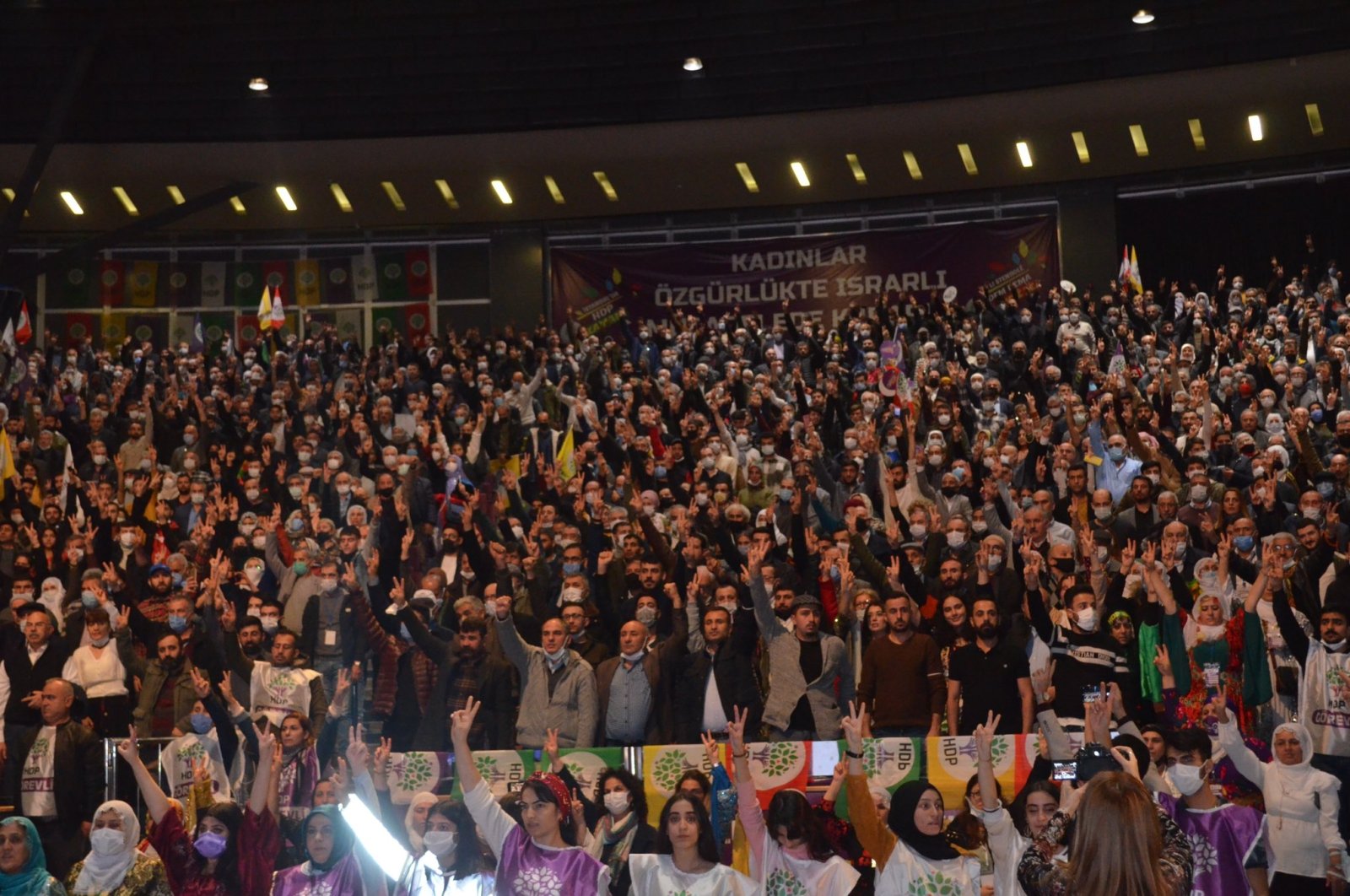 The Istanbul Prosecutor's Office launched an investigation into the recent convention held by the pro-PKK Peoples' Democratic Party (HDP) in the city, in which some attendants chanted slogans in favor of the terrorist group's imprisoned ringleader Abdullah Öcalan.

The investigation was launched after the police counterterrorism unit filed a criminal complaint about the incident, Ihlas News Agency (IHA) reported.

The party held its fourth ordinary convention in the Küçükçekmece district, where some participants shouted slogans and sang anthems in favor of the PKK terrorist group and Öcalan.

Authorities are in the process of identifying the suspects involved, the report said.

Öcalan, 70, who founded the PKK in 1978, was captured in 1999 and sentenced to death due to his role in the terrorist group's decadeslong campaign against the Turkish state, which led to the deaths of more than 40,000 people.

After the abolishment of the death penalty in Turkey in 2002, Öcalan's sentence was commuted to life imprisonment. He is being held in a high-security prison on Imralı Island in the Marmara Sea. The HDP is currently facing a closure case for its ties to the terrorist group.