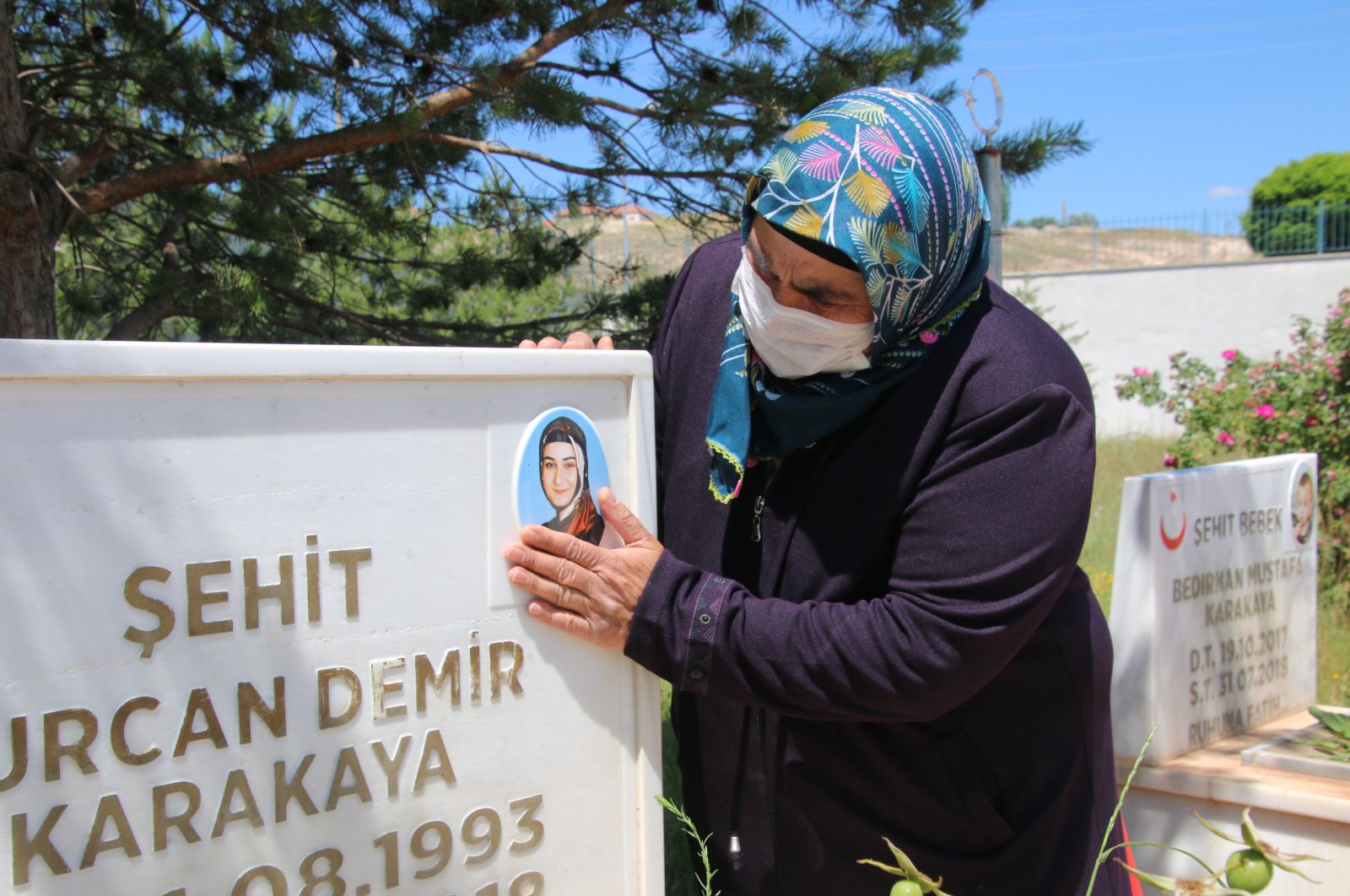 A wanted PKK terrorist responsible for the killing of a 25-year-old mother and an 11-month-old infant back in 2018 was killed by security forces Tuesday.

The Interior Ministry announced on Tuesday the killing of Adil Akyürek, code-named "Partizan," who was in the grey category of the ministry's most wanted list. Akyürek had taken part in the July 2018 roadside bombing attack that killed Nurcan Karakaya and her 11-month-old son, Mustafa Bedirhan.

Karakaya had driven to a military base in Yüksekova, where her husband was stationed as a soldier. After the visit, the mother and son left the military base and drove away. Not long after, an explosive planted by the PKK was detonated remotely. Karakaya was killed instantly, while baby Mustafa succumbed to his wounds at Yüksekova Public Hospital, where he was rushed to for treatment after the explosion.

The attack sparked widespread anger and condemnation of the PKK terrorist organization, which has indiscriminately targeted civilians in its more than 40-year terrorist campaign against Turkey.

Previously, on May 11, 2019, two other terrorists who had taken part in the attack were also captured by security forces in Hakkari province.

Hakkari, which borders Iran and Iraq, has been one of the southeastern provinces hardest hit by terrorism since the PKK resumed its decades-old armed campaign in July 2015.

Suudiye Demir, who lost her daughter and grandson in the heinous attack, told reporters in the Şarkışla district of the central province of Sivas Tuesday that she is thankful the Turkish government captured yet another killer responsible for her daughter's death.

"They made me happy," she said.

Highlighting that she still mourns the deaths of her daughter and grandson, Demir expressed that she will visit her daughter's grave to let her know that her killers are being captured.

Releasing a statement on his Twitter account, the mayor of Sivas, Salih Ayhan, also expressed his appreciation of security forces' efforts while reiterating his condolences for the loss of the mother and son.