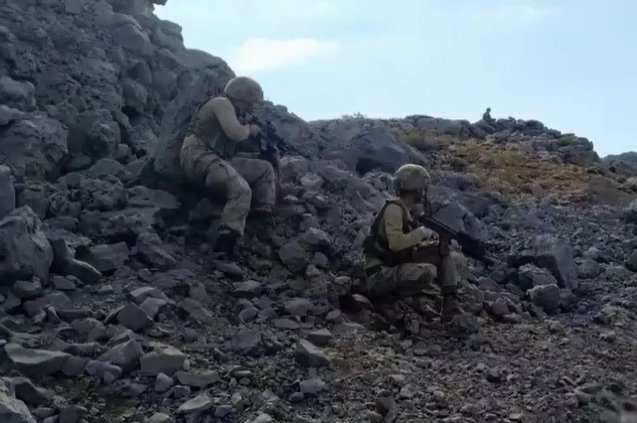 Turkish security forces regularly conduct counterterrorism operations in the eastern and southeastern provinces of Turkey, where the PKK has attempted to establish a strong presence. (DHA Photo)
by DAILY SABAH WITH AA Aug 04, 2020 10:56 am

Turkish security forces on Tuesday launched a counterterrorism operation against PKK terrorists in the rural areas of the Eruh district of southeastern Siirt province.

According to the statement released by the Siirt governorate, the operation aims to eliminate the presence of PKK terrorists in the region, catch the collaborators of the terror group and annihilate the shelters, depots and ammunition belonging to the PKK.

In order to protect the safety of local people, the governorate also declared a temporary curfew in five villages including Dadaklı, Dönerdöver, Dağdöşü, Gülburnu and Özlüpelit.

Eruh was one of the scenes of PKK’s first bloody terror attacks targeting civilians and public officials. In simultaneous terror attacks on Aug. 15, 1984, one soldier was killed and three civilians were injured in Eruh, while terrorists led by Mahsum Korkmaz also killed two police officers in Şemdinli, a town in Hakkari province.