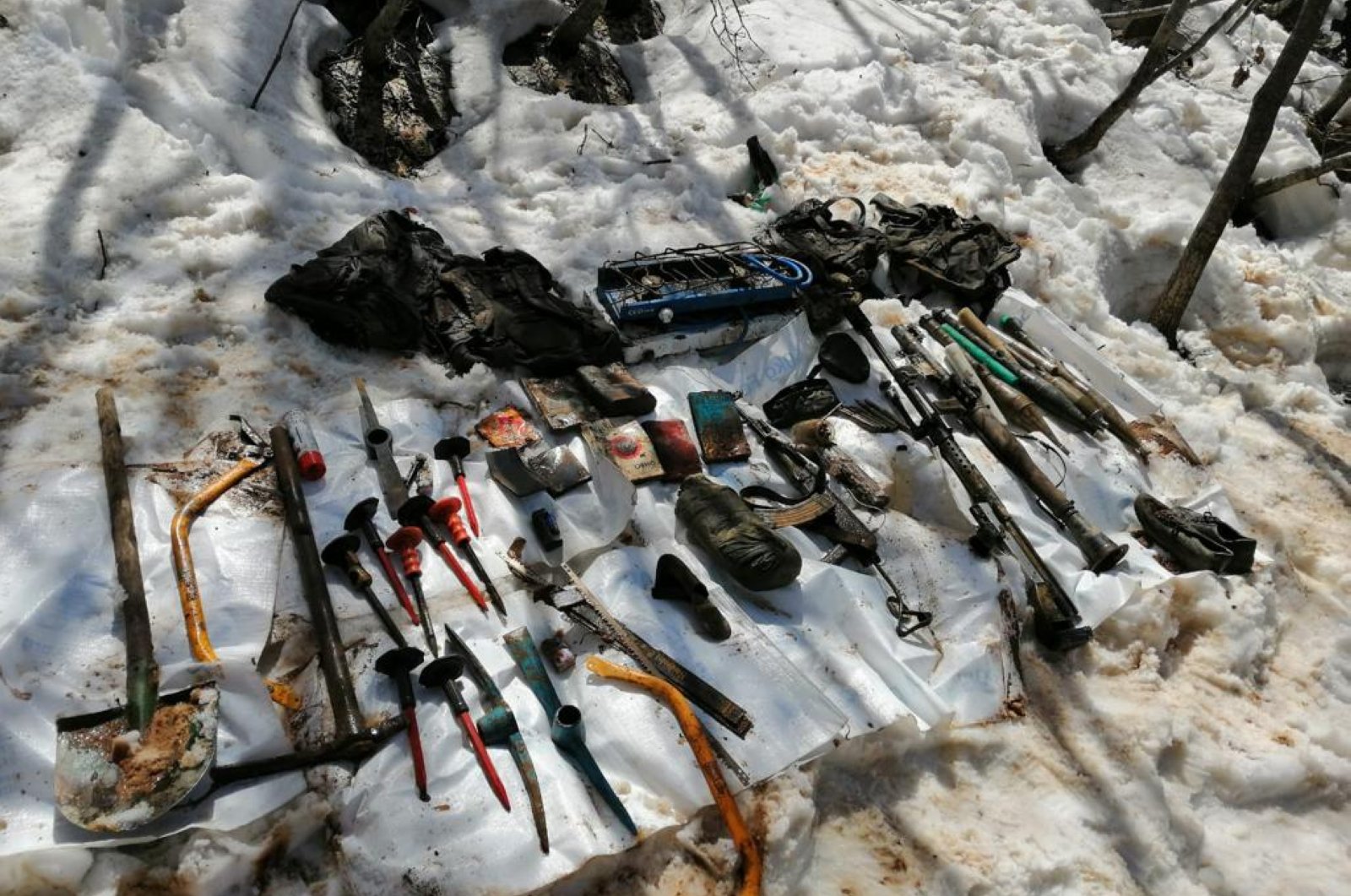 Turkish security forces have seized explosives, arms and ammunition belonging to the terrorist organization PKK in the country's southeast, the local governor's office said on Monday.

The provincial gendarmerie command launched an operation in the city center of Bitlis province on March 8, the office said in a statement.

In the operation, security forces raided two shelters belonging to the PKK and seized explosives, weapons, Kalashnikov ammunition and documents related to the terror group.

Turkish security forces regularly conduct counterterrorism operations in the eastern and southeastern provinces of Turkey where the PKK has attempted to establish a strong presence and bases. The Turkish Armed Forces (TSK) also carry out cross-border operations in northern Iraq, a region where PKK terrorists have hideouts and bases from where they carry out attacks on Turkey. The operations were intensified after July 2018 and gradually became routine.

The PKK – listed as a terrorist organization by Turkey, the U.S. and the European Union – has been waging a terror campaign against Turkey for more than 40 years, resulting in the deaths of nearly 40,000 people, including women, children and infants.