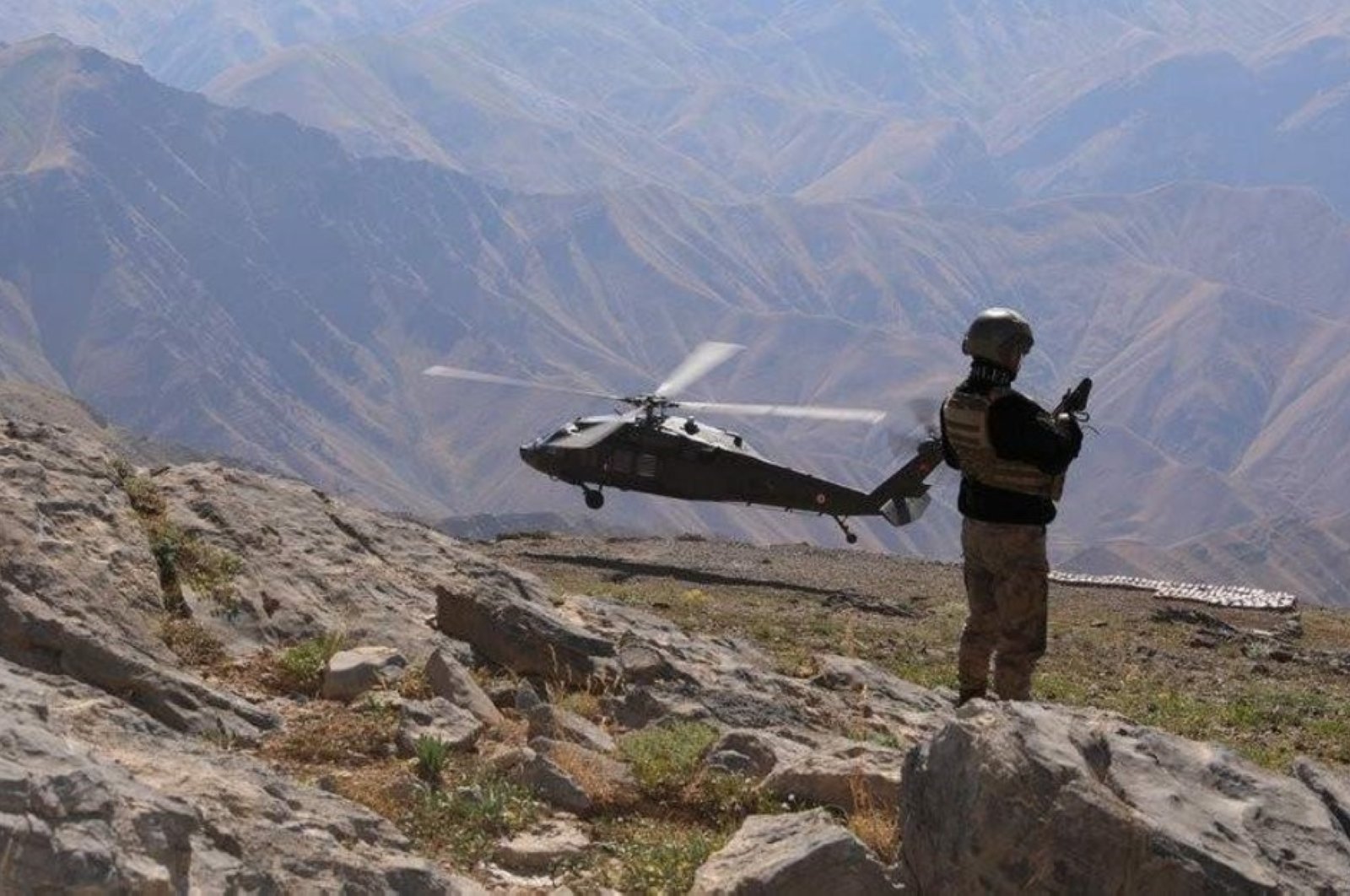 Senior PKK terrorists have gone into hiding fearing for their lives as the Turkish military continues to carry out successful counterterrorism operations around the country's southeastern frontier.

The terrorist leaders constantly change their locations in Iraq, Syria and Iran and hide in mountains to avoid being caught by Turkish security forces. Accordingly, they avoid using all communication tools, including transmitters, and refrain from any contacts with other members of the terrorist group, intelligence reports said. Instead, they use fellow terrorists as couriers if they want to send a message to someone, the reports noted.

Over 16,000 militants, including 242 senior terrorists have been killed in these operations, which have also dealt a heavy blow to the PKK’s arms and ammunition supply and logistics network.

Gülüzar Tural, code-named Pelşin Tolhildan, a top member of the PKK's Kurdistan Communities Union (KCK), was on the highest tier of the Turkish Interior Ministry’s most-wanted list, as well as Saliha Kaytar, code-named Dr. Jiyan Gazan, who was in charge of the women’s branch Free Women's Units, were killed in an operation on Aug. 19, 2019.

Mehmet Bayden, code-named Zinar Şiyar Adıyaman, who was in charge of intelligence for the group, was killed in an operation on Sept. 6, 2019, while Beraat Afşin, code-named Medya Agit, was killed on Nov. 19, 2019.

Metin Arslan, code-named Koçer, who was also in charge of intelligence and the cousin of the PKK’s imprisoned terrorist leader Abdullah Öcalan, was killed in an operation on Jan. 3, 2020.

Northern Iraq provides a base for the YPG/PKK terrorist group and is used by its members to plan cross-border terrorist attacks against Turkey.

On July 13, the Turkish Armed Forces (TSK) launched Operation Claw-2 as a follow-up to the successful Claw-1. Like the first, the second operation was also launched in northern Iraq's Hakurk region and aimed to continue to destroy weapon placements and shelters used by PKK terrorists.

A subsequent Operation Claw-3 was initiated on Aug. 23 in the Sinat-Haftanin region of northern Iraq. The operation was launched to facilitate border security, eliminate the presence of terrorists and destroy caves and shelters harboring the group in the region.

There has been a surge in the number of terrorists laying down arms and surrendering to Turkish security forces following a series of successful domestic and cross-border anti-terror operations. More than 40 terrorists have surrendered to Turkish forces since the beginning of 2020.

Many that have abandoned the group include individuals whose parents have been participating in an ongoing demonstration in front of the pro-PKK Peoples’ Democratic Party (HDP) headquarters in Diyarbakır. The parents demand the return of children kidnapped by the terrorist group. Many terrorists, however, lack the courage necessary to leave the group out of fear of reprisals.

The captured terrorists also stated that responsibility for the heavy blow to the group caused by Turkey's ongoing counterterrorism operations is being put onto low-ranking members.

Turkish security forces have regularly conduct counterterrorism operations in the eastern and southeastern provinces of Turkey where the PKK has attempted to establish a strong presence. The TSK also carries out cross-border operations in northern Iraq, a region where PKK terrorists have hideouts and bases where they carry out attacks on Turkey. The operations intensified in July 2018 and gradually became routine.