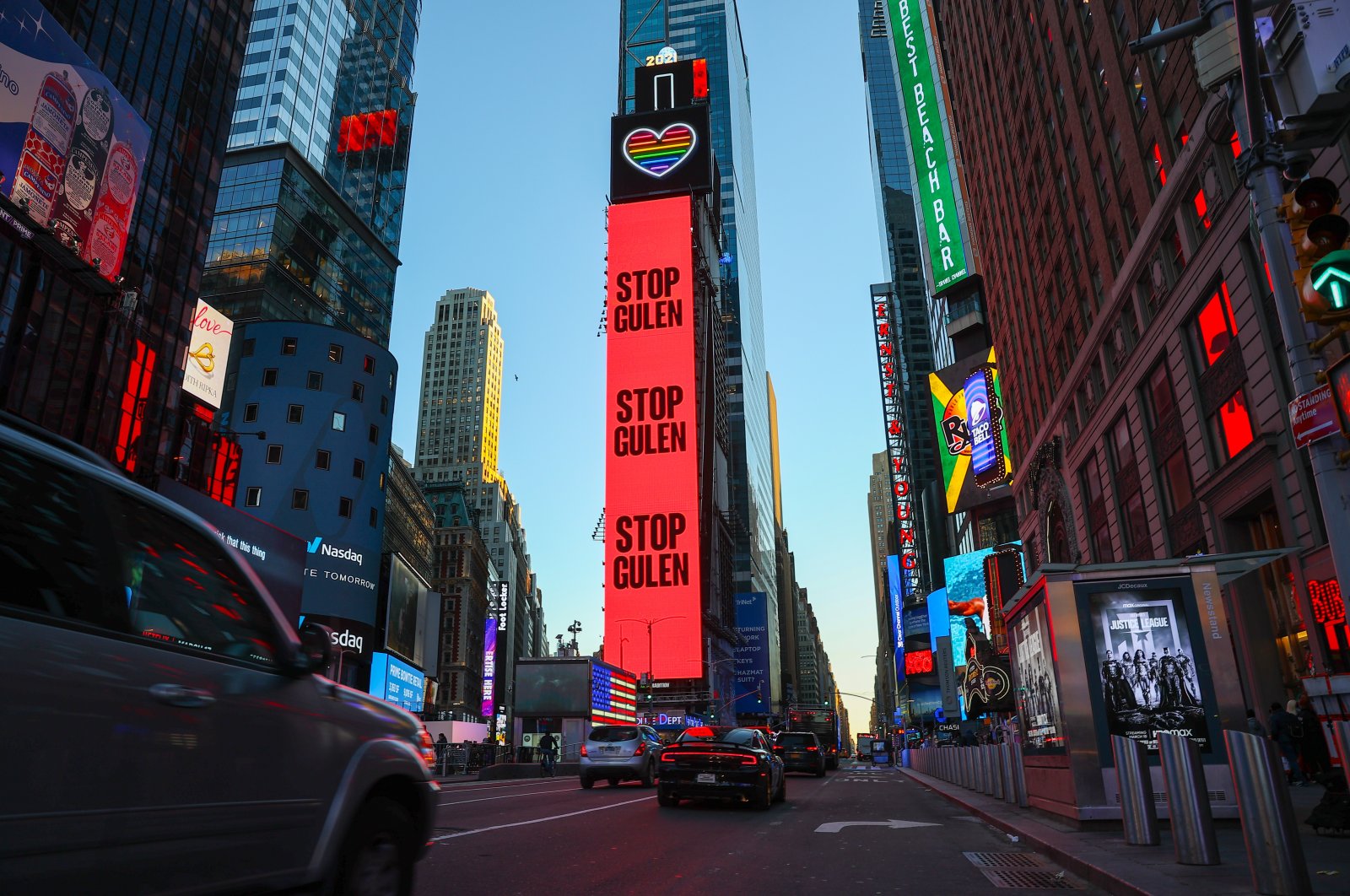 An advertisement against the Gülenist Terror Group (FETÖ) was put on display on digital billboards in New York City's famous Times Square on Saturday for all to see.

The ad was an apparent response by the Turkish-American community to the terrorist group's recent defamation campaign ad, which was taken down after receiving backlash.

"He lives in Pennsylvania. He killed 251 innocent people," the ad said, referring to the victims of the July 15, 2016 coup attempt perpetrated by Fetullah Gülen-led FETÖ.

In addition to the reactions of hundreds of Turkish people, Mutlu said the TASC also reached out to the managers of the advertising company and informed them about the terrorist group's activities and its coup attempt in Turkey.

"They told us they were not aware of these (things). They only broadcast the ad as a commercial enterprise," he said.

Mutlu said he told the company that the ad would hurt the Turkish community in the U.S., and they would file a lawsuit if the company did not remove it.

"When they realized the determination of Turkish society, they removed the ad," he said.

The shadowy group is also accused of being behind a long-running campaign to overthrow the state through the infiltration of Turkish institutions, particularly the military, police and judiciary.

Turkey has issued multiple extradition requests to the U.S. for Gülen, but despite close relations between the two NATO allies, they have fallen on deaf ears.