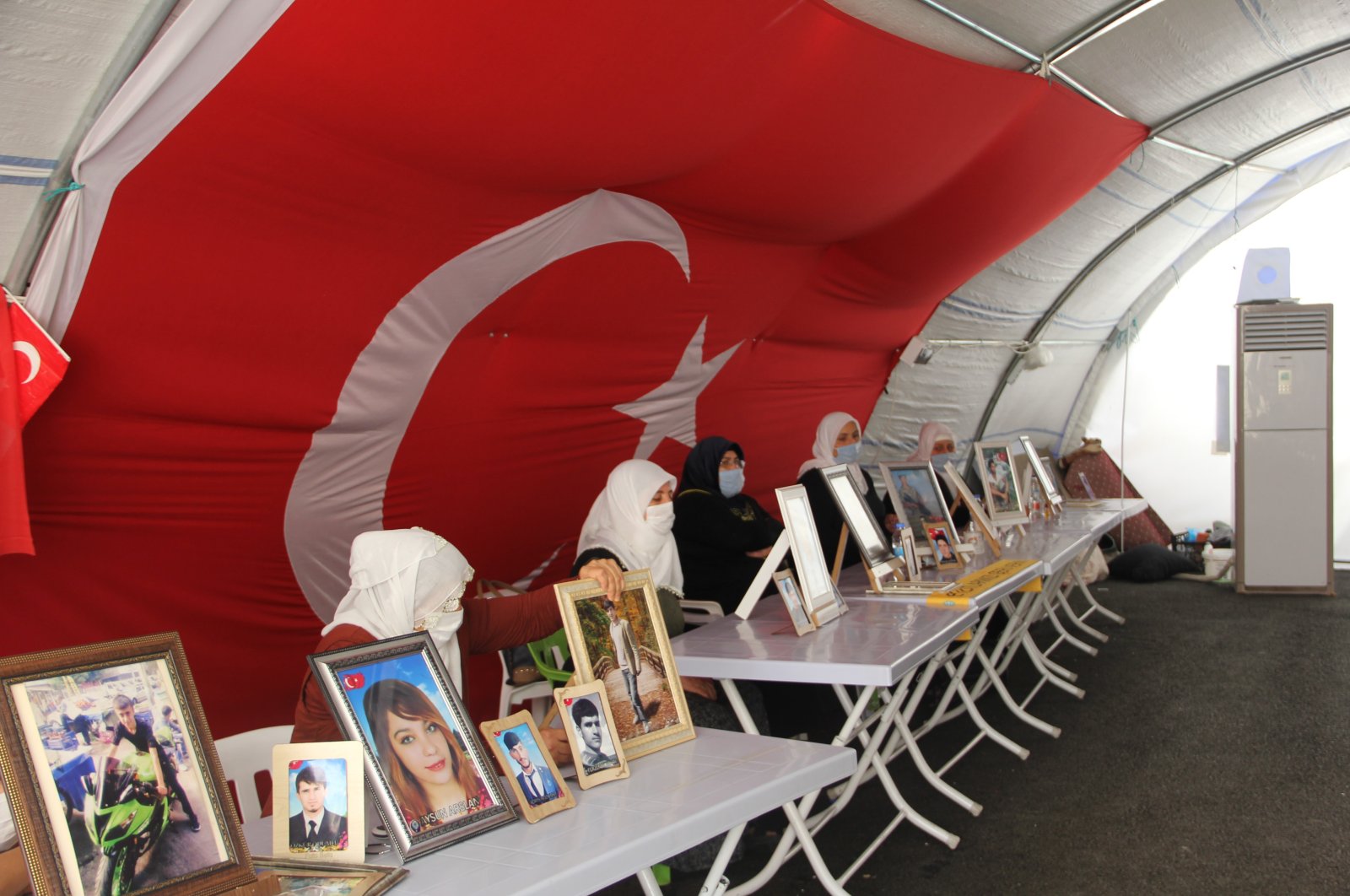 A former member of the PKK, who escaped from one of the terrorist group's camps and surrendered to Turkish security forces, expressed regret over joining the group and voiced his support for the Kurdish families’ ongoing protest to save their abducted children.

K.M., as he is known through press releases as the government only states the initials of suspects, said that he joined the group when he was younger while dealing with family issues. After he saw the true face of the PKK, he said he lamented his decision. He said he escaped at his first opportunity.

After fleeing the terror group’s camp, K.M. surrendered to security forces in southeastern Diyarbakır province, explaining: “I joined the group at the HDP’s (Peoples’ Democratic Party) Diyarbakır provincial office ... I said to the officials at the entrance, ‘I want you to let me talk with an executive.’ When they asked, ‘What is the matter?’, I said, ‘It is a private issue.’ They realized what it regarded. They allowed me to talk with that person. I said I wanted to join. They left me in a room with three other people waiting. After waiting for a day, they said a car would come and take us to a rural area.” K.M. added that the car left them there and they stayed in a house for two days. After that, two terrorists came and took them to the camps.

The HDP is known for having links to the PKK. Long facing public backlash and judicial probes over its ties to the terrorist group, the HDP is under pressure from the growing civilian movement, including the Kurdish families’ sit-in protest.

After seeing their situation in the camps, many new recruits regret their decision, K.M said, underlining that the PKK tries to prevent defection. “They force you to take action and commit crimes. So, they want you to be caught if you run away," he said.

When he expressed his intention to return, he was afraid that they would kill him. “They said they would execute me if I rejected any order for actions," he said.

K.M. said that the senior figures in the PKK discouraged members' from giving themselves up. “They kept saying, ‘If you surrender, they will torture you and kill you.’ When I surrendered, I did not observe anything like that. They took my statement in a warm atmosphere.”

K.M. said that other members also fear for their lives in the terror group. “There were operations at the time. During these operations, we were stuck in a place and stayed there for days or weeks. Being in a small cave damaged everyone both physically and psychologically. Our bodies could not resist anymore," he said.

He said that he decided to run away out of fear of being murdered and warned young people about the PKK’s manipulative propaganda.

“If I knew back then what I know now, I would not have passed in front of the HDP building, let alone join the organization. That building darkened my future and life. If they love their lives and think about their future, they should be loyal to the state,” he added.

A significant number of suspected terrorists have started fleeing the PKK and surrendering while many terrorists lack the courage to leave the group because they would face severe punishment if caught. More than 235 members gave themselves up to Turkish security forces in 2019. Once they surrender, former recruits are provided with many opportunities, including the right to an education and the freedom to live without fear and oppression.

K.M. also expressed his support to Kurdish families’ sit-in protest in front of the HDP’s Diyarbakır office regarding the PKK's abduction of their children.

“I completely back the families’ protests. They do not want not to let their children’s lives get destroyed like mine. I hope no child will chase after these bad intentions," he said.

He also called on households to protect their kids, adding: “If a child distances itself from the family, they can make mistakes as I did. Families should protect their children and talk to them, because it is important for them.”

The families' protest against the PKK and HDP started when Hacire Akar turned up on the doorstep of the HDP’s Diyarbakır office one night. Akar’s son Mehmet returned home on Aug. 24, giving hope to other families. A week after her act of protest, on Sept. 3, 2019, families inspired by Akar transformed her solo stance into a collective sit-in protest. Since then, the number of protesting mothers has grown as they demand the return of their children, who they say have been deceived or kidnapped by the terrorist group.

In its more than four-decade terror campaign against Turkey, the PKK – listed as a terrorist organization by Turkey, the U.S. and the European Union – has been responsible for the deaths of nearly 40,000 people, including women and children. The YPG is the PKK's Syrian offshoot.

Recently, the Interior Ministry has been saying that the dissolution of the PKK is accelerating due to Turkey's successful counterterrorism operations and strategies both at home and abroad.

"Turkey has neutralized 17,200 terrorists since July 2015," Defense Minister Hulusi Akar said Thursday, adding that Turkey's only target is the terrorists.