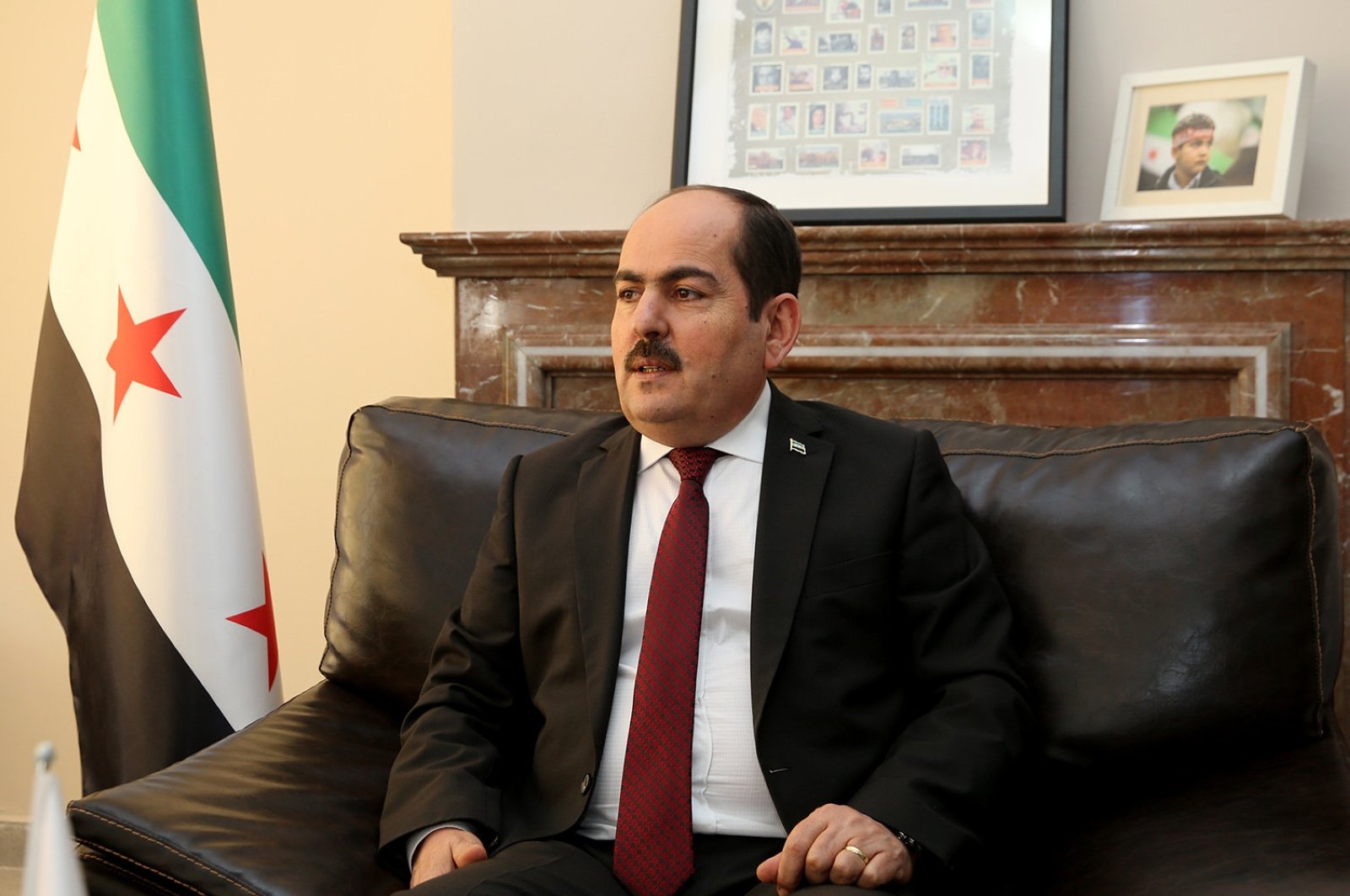 The Syrian Interim Government issued a statement on the report by the United Nations Independent International Commission of Inquiry regarding alleged human rights violations in Syria and condemned it in the strongest terms.

“We followed the last report issued by the Independent International Commission of Inquiry, which contains, with all regret, lies and political fabrications formulated in language that bears great hostility to the Syrian revolution, and it reaches a point of prejudice against the National Army and its institutions and lacks human rights professionalism,” said the written statement issued by the Syrian Interim Government on Saturday.

The statement also emphasized that the interim government strongly condemned the biased accusations, lies and interpretations contained in the report which are almost verbatim to statements issued by the separatist militias, the Bashar Assad regime and its allies against the National Army and the revolutionary forces.

Emphasizing the point that it is the PKK terrorist group's Syrian affiliate the YPG and SDF’s human rights abuses and violations in Syria’s north, the statement said: “We condemn this provocative neglect (despite the irrefutable facts and evidence) of the systematic policy of the terrorist (PKK and PYD) militias against defenseless civilians in northern Syria and targeting them with the continuous massacres by detonating explosives and IEDs (improvised explosive devices) planted in markets and residential neighborhoods, and not even directing suspicions or accusations against the terrorist militia of SDF for plotting them, despite the irrefutable evidence and the clear facts. It is surprising how misleading and manipulating the world public opinion became when dealing with these bombings through mentioning (implicitly or explicitly) the National Army’s responsibility for terrorist operations inside the cities of the liberated north.”

The YPG/PKK has been engaged in innumerable human rights abuses for years, among which are the forceful abduction of people, the use of child soldiers and various terrorism acts.

According to the Syrian Network for Human Rights (SNHR), 2,056 people forcibly disappeared between March 2011 and August 2020 while more than a thousand civilians have been killed by the YPG/PKK since the beginning of the civil war.

The group’s use of child soldiers has been repeatedly documented and criticized by international human rights organizations, including Amnesty International and Human Rights Watch (HRW). The group reportedly tricks families into giving up their children or outright kidnaps them, taking them to training camps where they are denied contact with their families.

Kurdish mothers whose children were abducted by the YPG/PKK have been staging a sit-in protest in southeastern Turkey’s Diyarbakır city in front of the pro-PKK Peoples’ Democratic Party (HDP) office for more than a year to raise their voice against the organization’s oppressions.

Turkey also strongly rejected and condemned on Friday the human rights violations claims accusing Turkey and the Syrian National Army in northern Syria which was laid out in a report by the U.N. commission.

“We note that the periodic report of the U.N. Independent International Commission of Inquiry (COI) on Syria for January-June 2020 established that the Syrian regime and the so-called 'Syrian Democratic Forces' which is affiliated with the PKK/YPG terrorist organization committed human rights violations amounting to crimes against humanity and war crimes against civilians. It is important that the linkage between PKK’s Syrian offshoot YPG and the so-called 'Syrian Democratic Forces' has been once again clearly demonstrated in this latest report of the COI. However, failure to name PKK/PYD as the perpetrator of the terror attacks against civilians across northern Syria, which is known to everybody, is a major shortcoming,” a Turkish Foreign Ministery statement said.

The statement said Turkey categorically rejects both the baseless allegations of human rights violations claimed against the Syrian opposition, as well as the groundless criticisms by the Office of the United Nations High Commissioner for Human Rights’ (OHCHR) leveled against Turkey on the basis of the said allegations. “It is utterly unacceptable that the OHCHR’s press release fails to mention the Syrian regime and the PKK/YPG terrorist organization which are the true culprits for the violations reported by the COI. We strongly condemn this approach. Our views and objections regarding the report will be transmitted to the U.N. in the strongest terms,” the statement continued.

On Sept. 14, a report by the OHCHR claimed that Turkey must rein in Syrian opposition elements who allegedly have carried out kidnappings, torture and looting of civilian property in northern Syria following a report covering the first half of 2020.