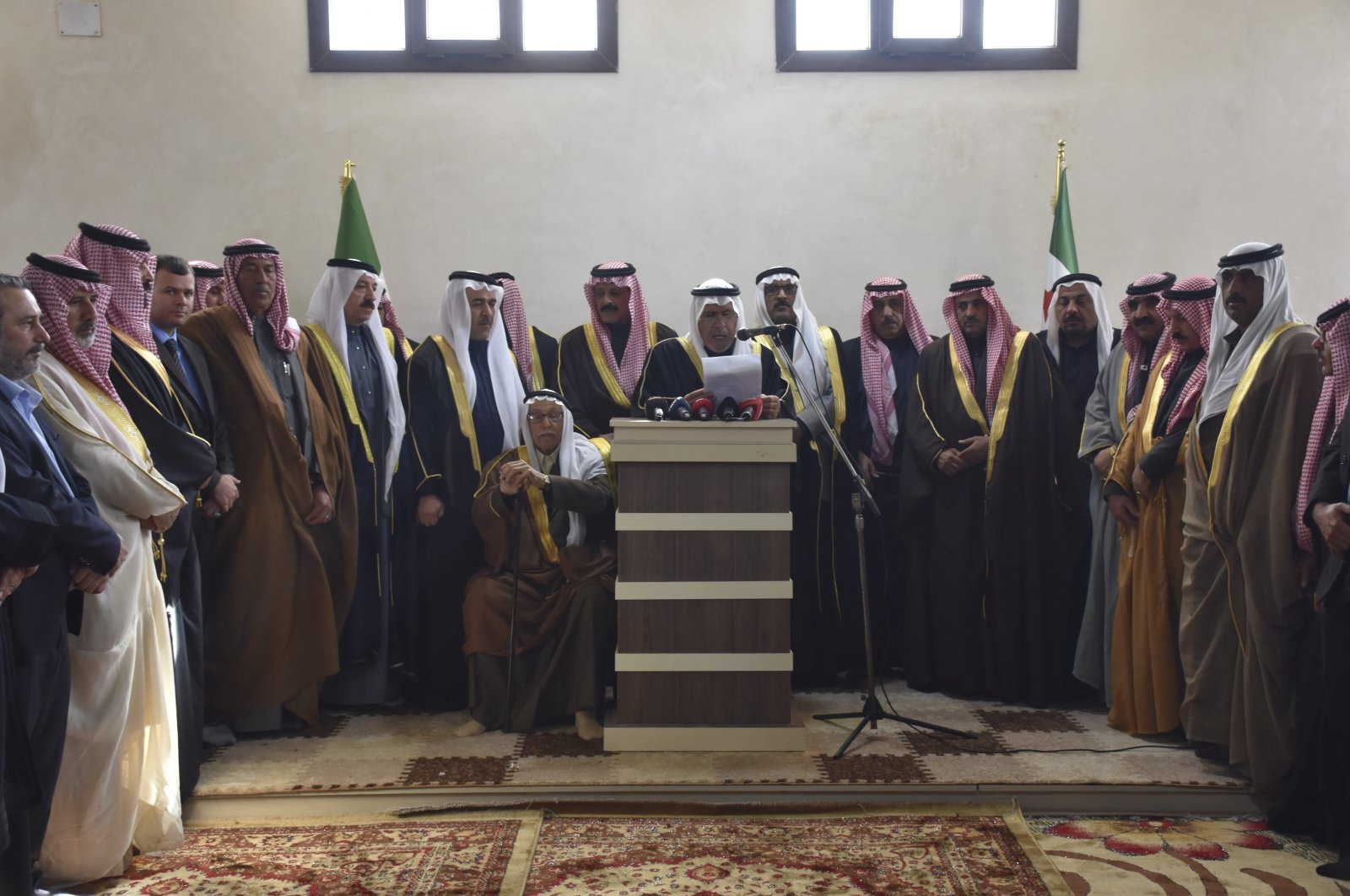 Syrian tribes announced that they are ready to eradicate the YPG/PKK terrorist organization’s presence in occupied territories, as they asked for Turkey’s assistance to defeat the group.

Several representatives of the tribes who live in Turkey told Demirören News Agency (DHA) that they gave the YPG/PKK a month to leave their soil, and negotiations with the United States and other countries continue.

"If we do not get results, we will eject them with our 100,000 strong armed forces. We are ready to fight against terrorists and expecting Turkey’s help in Deir el-Zour just like it did in other regions," the representatives said.

Taking advantage of the power vacuum created by the Syrian Civil War since 2011,YPG/PKK forces invaded several Syrian provinces, including Deir el-Zour, with the help of Washington under the guise of the Syrian Democratic Forces (SDF). The terrorists forced many locals to migrate and brought in their militants to change the regional demographic.

However, local tribes have begun to fight back against the YPG/PKK's oppressive policies, including arbitrary arrests and kidnappings, by the terrorist organization in recent years. The YPG/PKK started to assassinate tribe leaders to yoke local groups. Specifically, it has targeted the Agedat tribe, which has over 1 million members. The tribe responded with launching an offensive on YPG/PKK held areas and liberated some villages after three days of fighting.

After increased tension, other tribes have also united against YPG/PKK terrorists, asking them to hand over oil revenues to locals, release arrested tribe members and permanently leave Deir el-Zour in one month.

While the U.S. is involved in the situation and tried to mediate between the two sides by defusing tension, the tribes rejected the call for a meeting, as they found out that the U.S. has no intention to ask the PKK/YPG to leave the province.

Resuming their lives in southeastern Turkey’s Şanlıurfa province after they fled from YPG/PKK oppression, representatives of Agedat and Baggara tribes said the oppressive policies in Deir el-Zour have reached an unbearable level.

Ammar al-Haddavi, one of the leaders of the Agedat tribe, said that all kinds of persecution including forced migration have been carried out in Deir el-Zour.

"When they killed one of our leaders, people started to see the real face of YPG/PKK and understood that they are not our friends. After that, an armed conflict erupted between our tribe members and terrorists that lasted for three days," he said.

Local people living in the areas held by the YPG/PKK have long suffered from its atrocities, as the terrorist organization has a notorious record of human rights abuses, ranging from kidnappings, recruitment of child soldiers, torture, ethnic cleansing and forced displacement in Syria.