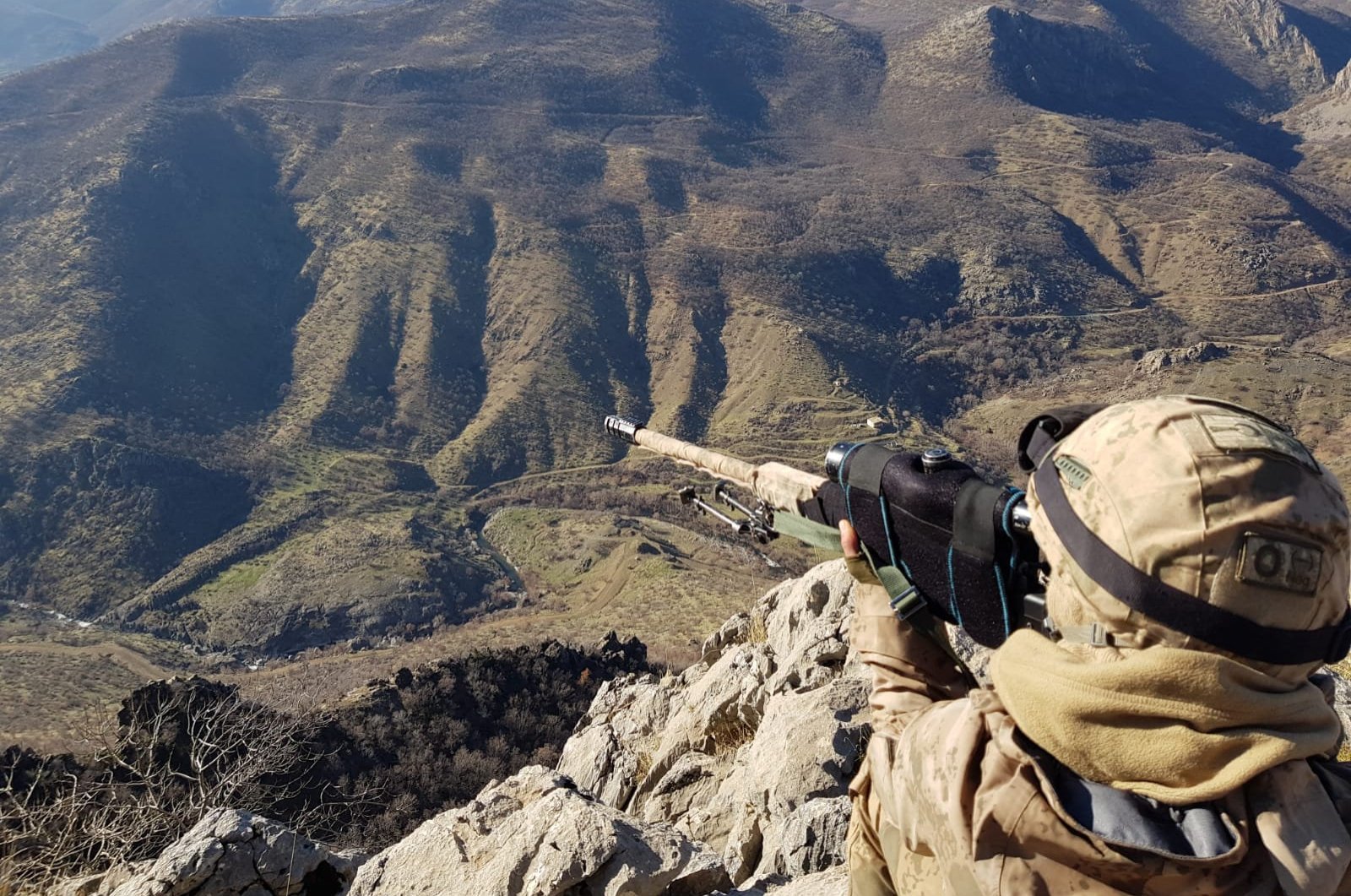 Senior PKK terrorist Fadil Ekinci in charge of the terrorist group's activities in Iraq's Zap region and listed in the blue category of Turkey's wanted list was killed in an anti-terror operation in coordination with National Intelligence Organization, reports said Wednesday.

The Interior Ministry divides sought suspects into five color-coded categories, with red marking the most wanted, followed by blue, green, orange and gray, depending on the sensitivity of their criminal activity.

Turkish security forces regularly conduct counterterrorism operations in the eastern and southeastern provinces of Turkey where the PKK has attempted to establish a strong presence and bases. The TSK also conducts cross-border operations in northern Iraq, a region where PKK terrorists have hideouts and bases from which they carry out attacks on Turkey. The operations intensified after July 2018 and became routine since the beginning of another extensive campaign, Operation Claw, which was launched on May 27 to entirely eliminate the presence of the terrorist organization in northern Iraq. On July 13, the TSK launched Operation Claw-2 as a follow up to the successful Claw-1.