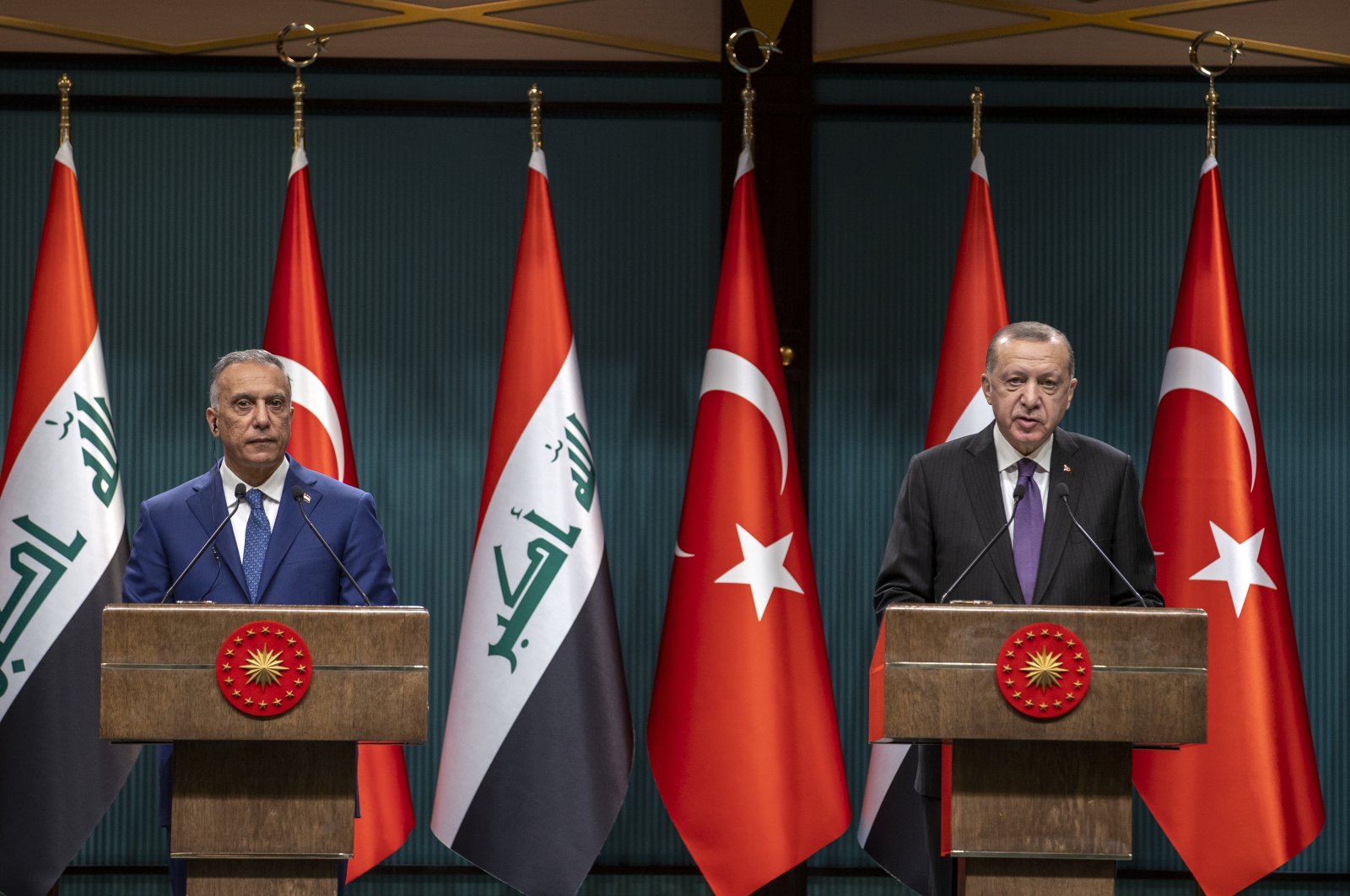 Underlining that Turkey and Iraq have agreed to continue fighting against the "common enemies," namely the PKK, Daesh and the Gülenist Terror Group (FETÖ), Erdoğan said that separatist terrorism has no place in the future of Turkey, Iraq or Syria.

Erdoğan also called for the repair of the Iraqi oil pipeline damaged by the Daesh terrorist group and the resumption of the transfer of Kirkuk oil to the global market.

Al-Kadhimi, for his part, said that Iraq cannot tolerate any formation that threatens Turkey's security, referring to the joint fight against the common enemies Erdoğan listed.

He also said that in cooperation with Turkey, Iraq can rebuild from the devastation Daesh left in the country.

In 2017, Iraq declared victory over Daesh by reclaiming all its territory, about a third of the country's area, invaded in 2014. But the terror outfit still maintains sleeper cells and launches attacks periodically. The Iraqi army continues to carry out anti-terror operations.

In its more than 40-year terror campaign against Turkey, the PKK, listed as a terrorist organization by Turkey, the U.S., and the EU, has been responsible for the deaths of 40,000 people, including women, children, and infants.

The Turkish Armed Forces (TSK) regularly conducts cross-border operations in northern Iraq, a region where PKK terrorists have hideouts and bases from which to carry out attacks in Turkey. The KRG had previously called the PKK's presence in Sinjar unacceptable and urged the militants to leave the area.