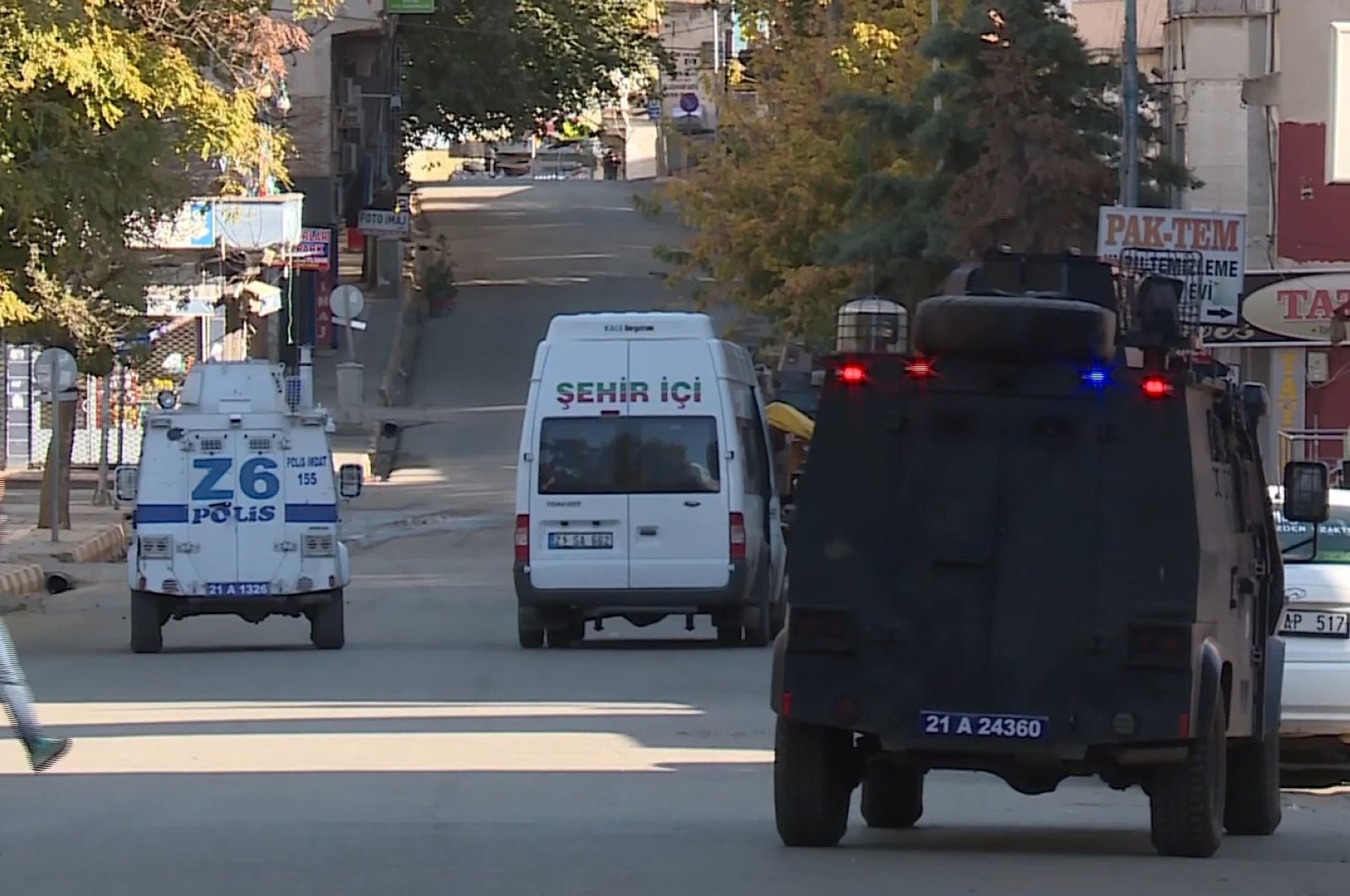 Vehicles in Diyarbakır participate in an operation against the PKK terrorist organization that led to the arrest of 42 suspects in several provinces, Turkey, June 26, 2020. (DHA Photo)
by DAILY SABAH Jun 26, 2020 4:26 pm

Forty-two people, including former mayors of the pro-PKK Peoples' Democratic Party (HDP), were detained for their suspected links to the PKK, a designated terrorist group that has waged a decadeslong insurgency against Turkey.

The arrests were made following security forces' raids in the provinces of Diyarbakır, Istanbul, Izmir, Batman and Şanlıurfa after judicial authorities issued arrest warrants for 64 suspects.

The warrants were issued in line with an investigation launched by prosecutors in the southeastern province of Diyarbakır based on names listed in organizational documents of the Democratic Society Congress (DTK), a group linked to the PKK terrorist organization.

Among those arrested are Mehmet Demir and Naside Toprak, suspended HDP mayors and other HDP provincial and district officials. The HDP has also been accused by Turkey's governments of having links to the PKK. Security forces are seeking the remaining suspects.

The HDP has drawn much ire from the public for transferring taxpayer money and funds to the PKK. HDP mayors and local officials have been found to have misused funds in support of the PKK terrorist group and to provide jobs to PKK sympathizers.

In its more than 40-year terror campaign against Turkey, the PKK, listed as a terrorist organization by Turkey, the U.S. and EU, has been responsible for the deaths of nearly 40,000 people, including women, children and infants.