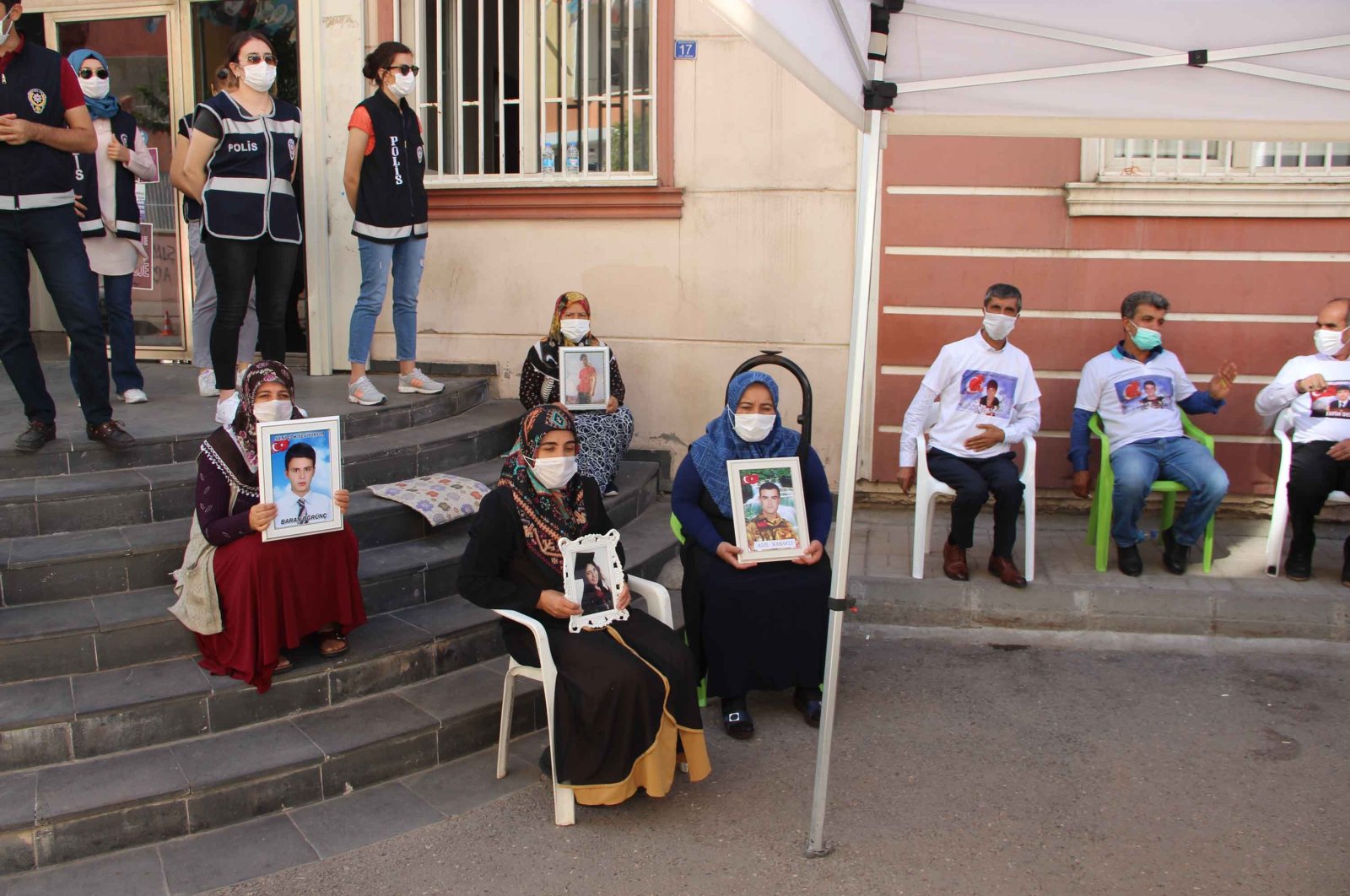 As one year has passed since Kurdish mothers began protests against the PKK over the abduction of their children, Foreign Minister Mevlüt Çavuşoğu called on the United Nations to support the sorrowful families struggling against terrorism.

Announcing on Twitter that he attended the U.N. meeting of the Group of Friends of Victims of Terrorism, Çavuşoğlu said he told the story of the suffering of the Kurdish mothers and their determination to take back their abducted children from the PKK at the meeting.

The virtual meeting was organized by the foreign ministers of Afghanistan and Spain, co-chairs of the group and the U.N. Office of Counter-Terrorism (UNOCT).

A large protest among Kurdish mothers started when Hacire Akar turned up at the doorstep of the pro-PKK Peoples’ Democratic Party's (HDP) office in southeastern Diyarbakır province one night after her son was abducted by the PKK. A week later, on Sept. 3, 2019, families inspired by Akar transformed her solo stance into a collective sit-in protest.

So far, 17 families have managed to reunite with their kidnapped children, and the 18th reunion is expected to take place Tuesday, Interior Minister Süleyman Soylu heralded Monday.

Currently, nearly 150 families have been participating in the sit-in protest.

The HDP is known for having links to the PKK. The protesting mothers state that the party is responsible for kidnapping or tricking their children into joining the terrorist group. The party, long facing public reaction and judicial probes over its ties to the PKK, is under pressure from this growing civilian protest movement.

The protest started to spread to other provinces as well when Kurdish mother Emine Üstek launched a similar movement in southeastern Şırnak province on Sept. 17.

Some relatives of those who were killed or injured by the PKK joined Üstek in support of her protest.

Üstek said in Kurdish that her son Metin was abducted six years ago when he was 15. She said that the PKK must take its hands off children.