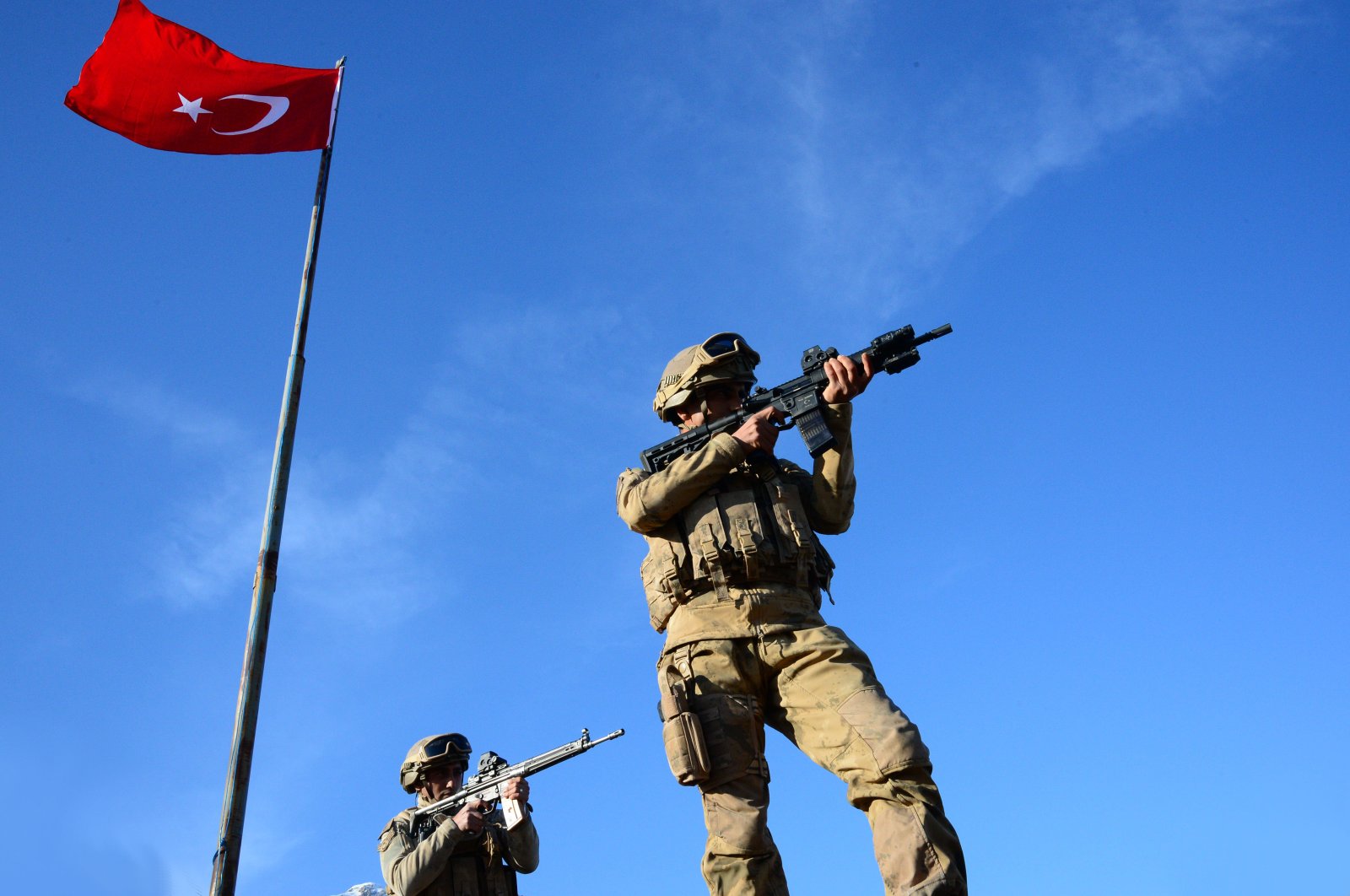 Turkish security forces have regularly conduct counterterrorism operations in the eastern and southeastern provinces of Turkey where the PKK has attempted to establish a strong presence. (AA)
by Anadolu Agency Apr 16, 2020 1:10 pm
RECOMMENDED

A PKK terrorist released from a prison in Iran due to the coronavirus was remanded into custody in eastern Turkey, security sources said Thursday.

The local police department in Van province said Iran handed over the terrorist, identified only by the initials F. D. and code name Arges, to security forces in Hakkari, a southeastern Turkish province bordering Iran.

The terrorist, who was brought to Van on April 11, was remanded into custody due to his terrorist activities in 2015 and 2016.

The terrorists constantly change their locations in Iraq, Syria and Iran and hide in mountains to avoid being caught by Turkish security forces.

Over 16,000 militants, including 242 senior terrorists have been killed in these operations, which have also dealt a heavy blow to the PKK’s arms and ammunition supply and logistics network.

Turkish security forces have also regularly conduct counterterrorism operations in the eastern and southeastern provinces of Turkey where the PKK has attempted to establish a strong presence. The TSK also carries out cross-border operations in northern Iraq, a region where PKK terrorists have hideouts and bases where they carry out attacks on Turkey. The operations intensified in July 2018 and gradually became routine.

Iran has temporarily sent a total of 85,000 prisoners to their homes as part of its measures taken against the coronavirus outbreak.

The authorities in the country confirmed 4,777 fatalities from the virus on Wednesday while also reporting nearly 76,400 infections so far.

The virus has spread to 185 countries and regions since emerging in China last December, with the U.S. and Europe being the world's hardest-hit areas.

Over 2 million cases have now been reported worldwide, with the death toll exceeding 137,000 and more than half a million recoveries, according to figures compiled by the U.S.' Johns Hopkins University.